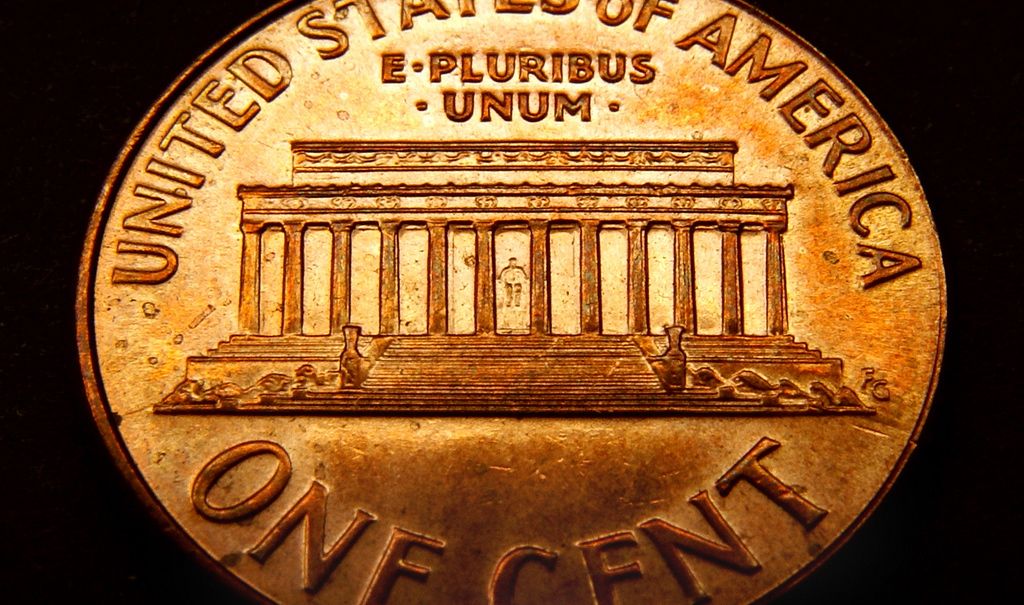 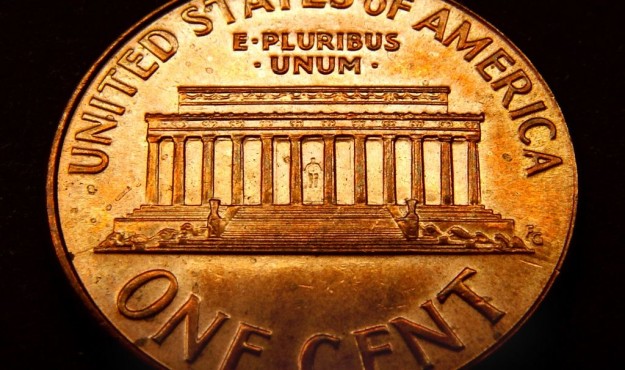 This website has consistently opposed the imposition of a “penny” sales tax hike on the taxpayers of Richland County – a proposal which is rearing its ugly head again on November 6.

Defeated once already, the stated goal of this tax hike is to pay for the Columbia, S.C. area’s money-losing public transportation system. Of course FITS readers will recall that government leaders already did this by adding a new fee onto the power bills of City of Columbia, S.C. residents.

Are they going to give that money back now?  Of course not … they’re going to keep pocketing that cash and hope that Richland County residents will approve a 14 percent sales tax hike that will suck a whopping $1.2 billion out of the local economy over the next 22 years.  In fact the scam has already begun as Richland County Council recently earmarked $50,000 in public funds to go toward an “educational” campaign extolling the virtues of the tax increase.

Anyway, where is this money going actually going to go?  Well as we exclusively reported not long ago, $50 million of the tax hike has been earmarked to projects associated with “Innovista” – the University of South Carolina’s spectacularly failed command economic boondoggle.  You know … because why not pour MORE money into this ongoing disaster?

This tax hike is nothing but a big government/ special interest shakedown that will rip off poor and middle class taxpayers.  In fact not long ago a liberal writer in liberal California opposed a similar sales tax in Sacramento on these very grounds

“Poor and middle-income families will pay the same rate as Sacramento’s wealthiest citizens, essentially subsidizing the rich for services that we all receive,” the author noted.  “It will drive jobs and businesses out of Sacramento and put our city at a competitive disadvantage with neighboring communities. And who will suffer from a decline in retail sales? Low-wage retail employers, students with restaurant jobs, and seniors who try to supplement their Social Security checks with part-time employment.”

The “penny” tax would also hurt businesses in Richland County – siphoning more money away from them for unnecessary government expenditures and special interest payouts.  Does that sound even remotely like the sort of economic policy local governments should be pursuing right now?

Of course not … particularly not when these morons will be getting the money.

For this fundamental reason, we would urge Richland County voters to reject this $1.2 billion tax hike and keep that money in the local economy where it will do far more good.

Call this for what it is, democrat on democrat violence. Progressive not! No solutions from the Mayor, city or county council members held predominately by Democrat liberals progressive tax anything that moves bovine sewage.

You want progress? Force the consolidation of all of Richland County into the City of Columbia proper. Abolish private police forces like Irmo, Forest Acres, into one Metro Columbia Police Department. Reduce the Sheriff department budget to focus on a Metro police department and fully staffed fire department. Level the tax base and bring in much revenue to get this 200 plus year old city on it’s feet!

Enact a City-County Council of Columbia and Richland County. The Council is the legislative branch of local City and County government and is responsible for adopting budgets, levying taxes, and authorizing financial appropriations to fund city and county operations, as well as enacting, repealing, or amending local laws. The Council also appoints members to certain boards and commissions that serve the community in various areas.

And if you need a blueprint as to how to consolidate the city and county, look here:

How about eliminate all Cities and just have counties. Pay for your own damn services (Fire, Police, Water, etc.) and reduce taxes by 99%. I’ll buy that.

This is a cute idea, but how about something realistic that will address the issues we need to deal with immediately? It’s fun to play fantasy football, but not very productive.

If Columbia was a building, any decent carpenter would raze it and rebuild it the right way. I like to think we have gotten away from the white male, 21 years of age, 500 acre landowner types that qualify to run our government. You need a tax base. Consolidating those rich neighborhoods in Irmo, Forest Acres, and Spring Valley is the idea. How do you do it? Elections and forward thinkers of both political persuasions is how.

You added nothing to the discourse. Sound off your immediate actions to remedy the here and now. We can be a few elections cycles from getting it right. You do not raise taxes in a recession.

You don’t raise taxes ever. The only purpose for raising taxes is to provide services that are not needed. You want your house not to burn, build it from concrete and CMU. You want the thugs to not come to your neighborhood, get to know your neighbors. Don’t start a neighborhood watch. Start a neighborhood march. I’ll take Wed, Sat and Sun with one or two neighbors. We’ll all walk around with shotguns all night. During the day the retired folks take over.

Show me something new. This crap has been going on for the last 60+ years.

Hell no is right, but even if the penny tax is defeated, they’ll just raise taxes somewhere else. They are getting your money whether you like it or not. Richland county is screwed up. If you can get out, just get out.

Where are you going to go? I agree that this is just another libtard attempt to steal from anyone whose pockets their grubby little fingers can fit into. But where are you goint to go.

Its the same BS everywhere. They are get you and me coming, going or more likely both.

I grew up in Richland county, don’t live there anymore thankfully.

It’s the same BS everywhere? Ehh, similar BS maybe, but Richland county is off the deep end with this. It is out in the open plain as day that they are going to piss away these funds on all kinds of stupid crap and they pretend the sliver of funds that goes to transportation is actually going to fix something. That’s bogus crap.

They don’t want transportation fixed. As long as it stays broken, there’s an excuse to keep raising taxes. Pass the penny tax and they’ll be calling for another penny 3-5 years from now, if that. Then again, Columbia/Richland don’t like electing people interested in fixing problems, they like electing people who have backs to scratch and pockets to fill.

“Save transportation!” is the new “Prevent property tax increases!”

I believe Columbia needs better mass transportation, but this tax is full of items not directed to that.

I don’t live in Richland County, but from a distance I shout no.

Under this proposal the poor will suffer and the fat cats skate. Vintage Obama, Sic Willie.

Your first endorsement that is worth a shit. This tax is a slush fund for the city to use at their leisure. I support a .25% increase exclusively for buses, but nothing more. Look at what the city does with our fucking water bill money. Using it for everything but water and sewer.

It doesn’t matter how much you call it a slush fund, it’s not. All monies go stright to transportation needs. It’s spelled out so clear it’s amazing you didn’t noitce before.

It should be rejected, I limit any purchases in Richland County as I live in Lexington County and work on Broad River. It is another SCAM by Liberal Progressive Democrats. True Conservatives should be elected, but the majority of Richland residents are on entitlements. Anything that is no self sustaining as the Bus Service, then it MUST be eliminated. Spending must be reduced to create a balanced budget, without borrowing of bonds and alike.

It the same CRAP the Failed President has been doing to Americans. Also, all the taxing of Richland citizens has created MORE crime and death in the county = SHAMELESS, but you people keep electing the democratic fools.

Worse damn thing Columbia ever did was do the deal that let SCE&G off the hook for running the bus system. They gave the city something like 40 million or so and got out of that biz as quick as they could.

Then the rocket scientists in city gov took that money and bought sparkling new buses and over expanded the routes – running through that money like a bunch of drunks. Now they want more tax money to run through….

Your arguements against the tax are based completely on hear-say, and have absolutely no basis in reality. If ignorence is bliss then this crowd is on cloud nine. Pick up the newspaper. Read the laws surounding this issue. Quit trusting people that hate for the sake of hate. Apparently you would rather just assume that the government is crooked than actually look at what they are doing. You people make me sick. All this stuff is open to the public, and as someone who actually has taken the time to get educated on this, seeing citizens disregard this tax as a cash grab is tragic. 97% of this money goes directly to transportation needs that we freaking need. The other 3% goes to making sure it get spent right. Get your facts straight, or not, whatever.

Transportation needs include paying for an office building? Building highways? Pick and choosing which roads get repaired? How about all of the unpaved roads? I believe everyone wants the bus system to keep running and be as inclusive as possible. Giving the county council any more money is ridiculous. WTF they want to get in to the park business when we have a separate political sub division that has been doing that for decades.

All one has to do is look at the plethora of new taxes and “Fees” that have come into being within the last 5 or 10 years. City gets a penny sales tax, county gets a penny sales tax, “TIF” taxing districts, county adds a “fee” to vehicle registrations and on and on and on. One doesn’t have to read what “haters” say just look at what the politicians say. “Pass this and the world will be fixed” then a year or two later “Pass one more and the world will be fixed” then a while later “It was worse than we thought we need just one more”. There will NEVER BE ENOUGH MONEY FOR THESE FOOLS. The more they get the more they spend, the more they spend the more they need, the more they need the more they get. IT NEVER STOPS. They spend it on stuff they don’t really need just because they WANT it. Columbia is a poor place for mass transit. It will never be self sustaining and will never have enough riders, ever. I have never seen more than a handful of people on any bus and that was on a good day. We have a bus that drops a guy off at our shop and he is the only one on it most of the times (it would be cheaper to buy him a car). It’s not my county, it’s yours, drink your poison but quit complaining about high taxes or wasteful spending or stupid stuff those goobers (politicians) buy.

just cross the river, people. sure, Lexco has Knotts, Setzler, and many bumbling others – but it’s worth the price of admission to NOT have to listen to Cola City/Richland County politicos who soooo badly want to play in the bigger pool at the State House…

Why not give Richland County Council a large slush fund for pet projects? That’s government at its most fun.

I’m voting for it, because most of the sales tax burden falls on the poor, where it belongs.

This is a 14% increase in sales tax. For 22 years. I don’t think even the coloreds will go for this one.