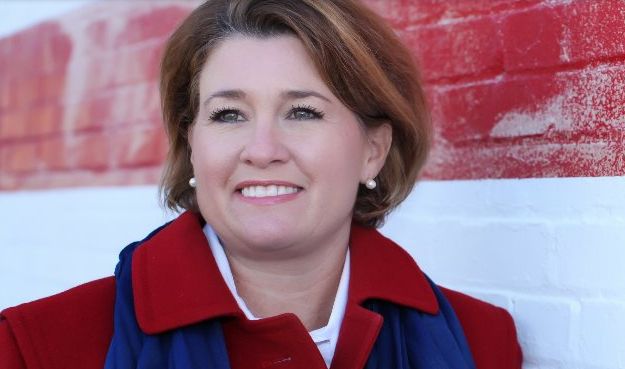 Later this week, S.C. Gov. Nikki Haley will be traveling to Pickens County, S.C. to endorse longtime fiscal liberal Larry Martin – which is curious when you consider that she vowed during her gubernatorial campaign to fight for a “more conservative” Senate.

Oh well … Haley has been a profound disappointment on fiscal issues, so her endorsement of Martin is sad, but not surprising.

Haley got it right, though, when she decided to endorse Deedee Vaughters – a fiscal conservative who is running against S.C. Sen.  Nikki Setzler (D-Lexington) for State Senate District 26 (which includes parts of Lexington and Aiken Counties).

A small business owner and vice chairwoman of the S.C. Policy Council board of directors, Vaughters would represent a dramatic improvement over Setzler – who was been voting in favor of massive spending increases and against the best interests of taxpayers in the State Senate since 1977 (most recently here).

“I believe that we have representatives in our state who have lost sight of the fact that they have been elected to represent us and not their own interests,” Vaughters says.  “The state budget grew by more than a billion dollars last year and yet the SC legislature claims that it’s ‘pork free.’  We have more than $13 billion in unfunded liabilities within the state pension plan and no plan for how to correct the problem.”

Vaughters has also drawn attention to our state’s unemployment insurance tax – which has been taking a bite out of the bottom line of both South Carolina businesses and taxpayers.

In contrast to the fiscally reckless policies supported by Setzler, Vaughters has vowed to “be a strong conservative voice in the fight to restore conservative principles to our state government.”

Obviously we’ve heard that song and dance before – from Nikki Haley (who completely abandoned her “conservative principles” after taking office).

So why should we trust Vaughters?

We’re not necessarily saying we do … but the fact remains she has run a very substantive campaign and committed herself to several specific spending reforms (including a “taxpayer rebate fund”) that Setzler has actively opposed.  She’s also received the support of S.C. Sen. Tom Davis (R-Beaufort) – the leading fiscal conservative in the S.C. General Assembly and a guy whose endorsement actually counts for something.

So while there’s a chance Vaughters could sell out like Haley … there’s also a chance she will align herself with the small (but growing) nucleus of fiscal conservatives in the State Senate.

With Setzler, there’s no debate as to what taxpayers will get … more of the same fiscal liberalism that has held our state back for far too long.

Accordingly, we encourage Aiken and Lexington County voters to cast their votes for Vaughters.