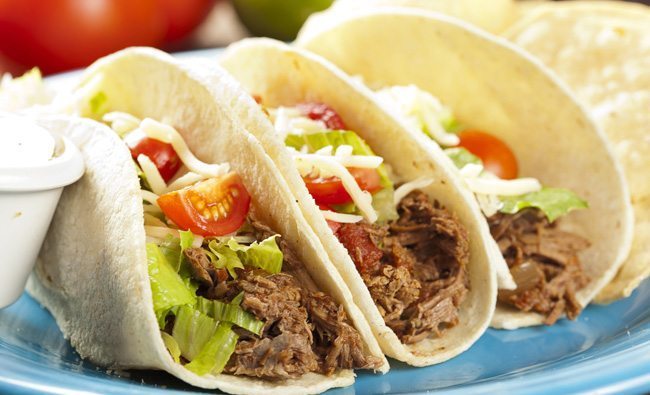 There’s a story on political correctness running amok on the campus of Clemson University … and this time it has absolutely nothing to do with the school’s tortured relationship with its segregationist past.  Or that whole #Cripmas scandal.

The story – published by Campus Reform – focuses on the school’s “Maximum Mexican” food night, which is about the least controversial thing we could possibly imagine.

According to Campus Reform‘s Peter Hasson, this glorified, government-funded “Taco Night” has long been a favorite of students … well, until this year, when two students took to Twitter to protest the event as being “culturally insensitive.”

Was anyone else offended?  No.  In fact the one student who bothered to responded to the Taco Night haters tweeted “I’m offended that you’re offended.”

Unfortunately, Clemson caved to the nonexistent outrage.  In a big way.

“It is the mission of University Housing (and) Dining to create supportive and challenging environments that enrich and nourish lives,” Clemson’s senior associate vice president of student affairs Doug Hallenbeck wrote on the school’s website. “We failed to live out our mission yesterday, and we sincerely apologize.”

“We will continue to work closely with our food service provider to create dining programs that align with Clemson University’s core values,” Hallenbeck added.

Seriously … what in the ever living hell is this guy talking about?

We knew government-funded college campuses were the front lines of politically correct insanity … but come on.  Taco Night is racist?

Hallenbeck’s apology – addressed to the “Clemson family” – added that the school’s Maximum Mexican event “displayed a flattened cultural view of Mexican culture,” and that the school would welcome “the opportunity to work with Hispanic and Latino campus groups as well as community members, staff and faculty to better celebrate the food and culture of this region and better educate the Clemson community.”

So … does this mean Soul Food night is off, too?  And come Monday, what will Clemson serve for National Genocide of Indigenous Peoples Day?

Or, perhaps, should we stop preparing food altogether and rely on manna from heaven?  Or would that be “culturally insensitive” to Jews?

All of this is, obviously, insane.  Yet another case study in how far government-subsidized “higher education” has strayed from reality into some alternate universe where everything is offensive.