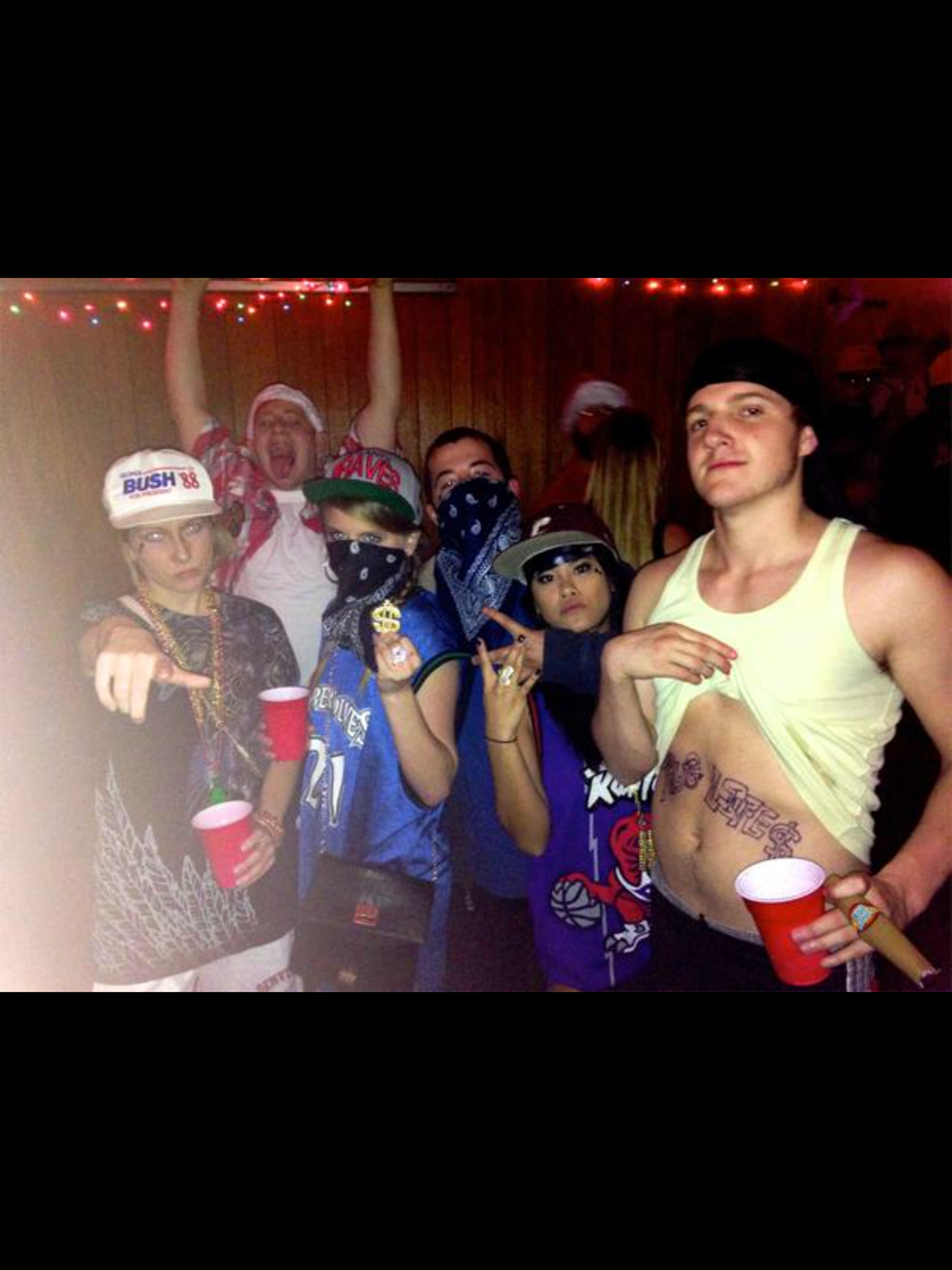 By FITSNEWS  ||  A gang-themed holiday party at Clemson University in rural South Carolina has exploded onto social media – and prompted the school’s president to meet with protesters who view the event as racist.

“Clemson Cripmas” – a party hosted Saturday evening by the school’s embattled Greek community – featured students dressed in gang attire and flashing gang signs.  That’s pretty tame behavior in our book, but some sarcastic tweets from partygoers – who were attending the event at the invitation of members of Sigma Alpha Epsilon – mocked recent race-related campus protests.

That has black students enraged.

According to these students, there is a culture of racism on Clemson’s campus – one which the “Cripmas” party capably reinforced.  Specifically, these students point to white students who have lashed out on social media in the wake of recent protests of police shootings in Ferguson, Missouri and Staten Island, New York – shootings that featured black victims.

One message referred to the protesting black students as “tar babies,” while another urged them to “Go Back to Africa!”  Other messages mocked the #BlackLivesMatter social media tags associated with recent protests.

“Minority students are concerned that this is a direct response to peaceful rallies on campus,” one concerned student wrote in response to the ‘Cripmas’ party.

“Clemson is better than this,” Clemson president Jim Clements wrote in an email to students in the wake of the ‘Cripmas’ party.  “Everyone is entitled to his or her own opinion about events in Ferguson, Staten Island and the protest rallies that those events have spawned.  Great universities are built on the free expression and exploration of ideas. But the free expression of opinion must not cross the line and become harassment or intimidation, just as rallies and protest marches must not cross the line to lawlessness.”

Clements also met on Sunday morning with students who were upset over the party.

Missed the bash?  Here are some pics …

Racism at Clemson probably shouldn’t come as a surprise.  After all the school’s most famous building – Tillman Hall – is named after Benjamin Tillman, an outspoken white supremacist and lynch law advocate who was indicted (but never tried) for his role in the 1876 Hamburg Massacre.  The school’s Institute of Government?  It’s named after longtime segregationist U.S. Senator Strom Thurmond.  Hell, the ground on which Clemson stands was once the plantation of John C. Calhoun – one of the staunchest antebellum pro-slavery advocates.

“I hold that in the present state of civilization, where two races of different origin, and distinguished by color, and other physical differences, as well as intellectual, are brought together, the relation now existing in the slaveholding States between the two, is, instead of an evil, a good—a positive good,” Calhoun once famously said. “There never has yet existed a wealthy and civilized society in which one portion of the community did not, in point of fact, live on the labor of the other.”

Clemson’s fraternity and sorority community has been under intense scrutiny following the death of 19-year-old Tucker Hipps back in September.  In fact our post last week regarding what might have happened to Hipps prompted a flood of comments and criticism related to the incident, the university and this website.

Last week Clemson unceremoniously fired its vice president of student affairs – one week after Hipps’ parents told local television station WYFF TV 4 (NBC – Greenville) that the school’s fraternity pledging processes were “broken” and that the truth about their son’s death had yet to come out.

An official Oconee County Sheriff’s office report on Hipps’ death is due out any day now, although we don’t put too much stock in its credibility given that the department appears to be in the back pocket of the university.