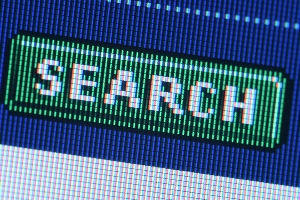 By LIZ GUNN || As 2014 comes to close, people will start to look at back at what a year it was. Last week, Katie Couric released the top 10 Yahoo News Searches of 2014. Every one of these was covered by FITS, some possibly ad nauseam. For more than half of the year, I was just a reader– not a contributor, but even I wrote about six out of ten of these topics.

I always look forward to seeing this list –especially seeing the stories that seemed so epic at the time that completely fizzled not long after. There is always at least one story that I either didn’t follow or definitely wouldn’t put on a top ten list, too.

Here’s a quick re-cap of this year’s most searched news stories.

Obamacare –You know what? Health insurance has always been complicated. Add a government mandate and some new rules and regulations, and yeah – you’ll have a top story. I wouldn’t be surprised to see this on 2015’s list as well.

Domestic Violence – Domestic violence has always been a problem, but thanks to Ray Rice and some very poor handling of this particular incident by the NFL, the issue was brought to the forefront once again.

Islamic State – What a mess. ISIS beheaded people in viral videos. American journalists were among those executed. Honestly, this one is the most terrifying to me. I wish this was the top story that quickly fizzled, but sadly – it’s far from over.

Jodi Arias – To be honest, I didn’t follow this story all that closely. But upon further inspection, maybe I should have. It’s a juicy story about a crazed lover…reminiscent of the drama of Gone Girl. This one is still going on.

Ferguson – Ferguson may have settled down, but the movement that it incited is just beginning. In ironic timing, just weeks after the announcement of no indictment being made in Ferguson, came the same announcement out of New York regarding the death of Eric Garner. This  is a much better story of unwarranted police brutality, in my opinion. I am hopeful when I say I expect changes to come next year.

Malaysia Airlines – Seriously? Where is the plane?

Leaked Photos – Why are people so darn interested in naked pictures? I’ll never understand it. There are people who actually want you to see them naked all over the internet. Why hack into someone’s private photos, you perv. It did serve as a good reminder that nothing is private anymore – so be careful.

Death of Robin Williams – I wrote about this. It still makes me sad to think about. Again though, it’s a tragic event that brought to light the need for more awareness and compassion about mental illness in this country.

Ebola Epidemic – Is this still a thing? Does Facebook still want me to give a dollar? I don’t mean to be insensitive about the actual epidemic in West Africa, but Americans had one big, unnecessary panic attack when a few people contracted the disease in here in the United States. As I predicted here, this one has fizzled for the most part. Please treat yourself to reading some of the comments on this one! (Don’t forget to put on your tinfoil hat, first.)

Are you surprised by any of these stories making the top ten? Any stories you’re surprised didn’t make it? If you’re a loyal FITS reader you might be surprised not to find a single Nikki Haley story made the cut. Maybe FITS needs to create its own Top Ten.