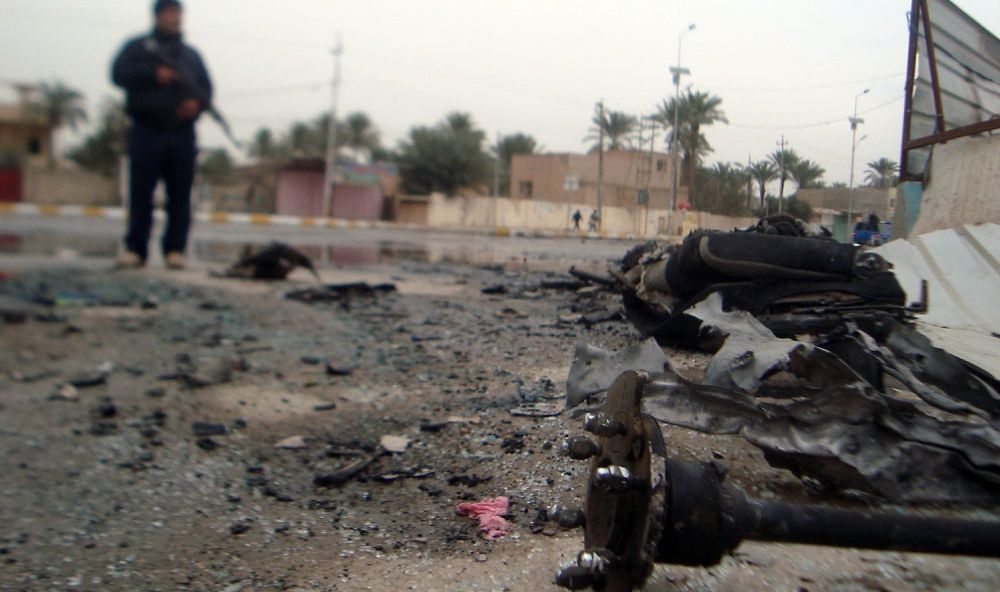 October was Iraq’s deadliest month since April, 2008. In those five-and-a-half years, not only has there been no improvement in Iraq’s security situation, but things have gotten much worse. More than 1,000 people were killed in Iraq last month, the vast majority of them civilians. Another 1,600 were wounded, as car bombs, shootings, and other attacks continue to maim and murder.

Obama pledged to work together with Iraq to address al-Qaeda’s growing presence, but what was not said was that before the US attack there was no al-Qaeda in Iraq. The appearance of al-Qaeda in Iraq coincided with the U.S. attack. They claimed we had to fight terror in Iraq, but the U.S. invasion resulted in the creation of terrorist networks where before there were none. What a disaster.

Maliki also told President Obama last week that the war in next-door Syria was spilling over into Iraq, with the anti-Assad fighters setting off bombs and destabilizing the country. Already more than 5,000 people have been killed throughout Iraq this year, and cross-border attacks from Syrian rebels into Iraq are increasing those numbers. Again, what was not said was that the US government had supported these anti-Assad fighters both in secret and in the open for the past two years.

Surely there is plenty of blame that can be placed on Maliki and the various no-doubt corrupt politicians running Iraq these days. But how was it they came to power? Were we not promised by those promoting the war that it would create a beach-head of democracy in the Middle East and a pro-American government?

According to former Treasury Secretary Paul O’Neill, in early 2001 as the new Bush administration was discussing an attack on Iraq, then-Defense Secretary Donald Rumsfeld said, “Imagine what the region would look like without Saddam and with a regime that’s allied with U.S. interests. It would change everything in the region and beyond it. It would demonstrate what U.S. policy is all about.”

We see all these years later now how ridiculous this idea was.

I have long advocated the idea that since we just marched in, we should just march out. That goes for US troops and also for US efforts to remake Iraq, Afghanistan, Libya, and everywhere the neocon wars of “liberation” have produced nothing but chaos, destruction, and more US enemies overseas. We can best improve the situation by just leaving them alone.

The interventionists have unfortunately neither learned their lesson from the Iraq debacle nor have they changed their tune. They are still agitating for regime change in Syria, even as they blame the Iraqi government for the destabilization that spills over. They are still agitating for a U.S. attack on Iran, with Members of Congress introducing legislation recently that would actually authorize U.S. force against Iran.

It looks like a very slow learning curve for our bipartisan leaders in Washington. It’s time for a change.