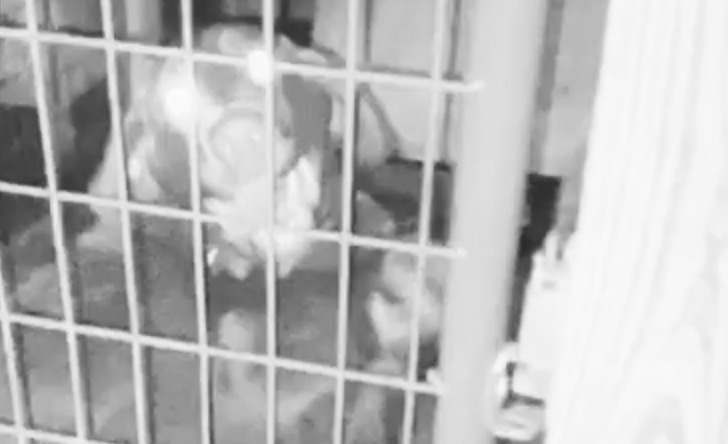 So I’ll be the first to admit it … that headline is a bit of a tease. I certainly wish I was able to publish (in its entirety) the short, cell phone video that shredded the alibi of Alex Murdaugh, the man currently at the epicenter of South Carolina’s ‘Trial of the Century.’

Why aren’t we publishing the clip – and letting viewers decide for themselves?

Because our sources were adamant this video not be released until jurors in Murdaugh’s case – who will be selected and seated later today – had the opportunity to view it for themselves after it was admitted as evidence.

I respect that prohibition … and am gladly abiding by it.

I have, however, been cleared to post a still image from the clip (above) – and to describe the contents of the video while discussing its significance to the ongoing trial.

A disbarred attorney who hailed from one of the most powerful families in the Palmetto State, Murdaugh stands accused of savagely murdering two of his family members nineteen months ago in Colleton County. This graphic, true crime component of a multi-faceted, multi-layered Southern Gothic saga has captured audiences from across the nation – and around the world.

Yesterday in court, for example, I sat next to a Parisian reporter covering this trial for the European editions of Vanity Fair.

Before diving into the video that helped break this case open, let’s briefly recap what we know about the murders, shall we?

How do we know Paul and Maggie were alive at the kennels at 8:44 p.m.? Because a timestamped cell phone video taken by Paul at that location proved they were there.

This video was first described in detail last August by sources who spoke with reporter John Monk of The (Columbia, S.C.) State newspaper.

“There is talking, and it’s extremely playful and friendly,” one source told Monk. “It sounds perfectly normal, like any happy family — mother, father and child — doing something together. They are spread out, it sounds like, and they are just talking back and forth.”

“They are talking about the different game birds out there,” Monk’s source continued. “I think one of the dogs was chasing or caught a chicken. There’s talk of that. You can hear a little bit of laughter.”

Monk acknowledged the existence of this video was first reported by our news outlet back in June, but according to him we did not at that time “characterize the contents other than to say it showed Murdaugh and Maggie talking by the dog kennels on the Moselle estate.”

That is accurate. Because from the moment we were made aware of this clip, our news outlet was not provided with the same “happy family” narrative provided to Monk.

In addition to his sources, Monk’s report was based on a court filing (.pdf) submitted by Harpootlian and attorney Jim Griffin on August 22, 2022.

Harpootlian and Griffin’s description of the video as “convivial” (a.k.a. friendly, lively, cheerful or jovial) was key to their arguments before the court – and in the court of public opinion.

“There is absolutely no indication of a disagreement or dispute between Paul, Maggie and Alex, according to family members who viewed the recording,” the motion continued. “However, the state contends that within minutes after this convivial, light-hearted conversation, Alex murdered both Maggie and Paul for no apparent reason.”

Prior to watching the recording for the first time this week, our news outlet provided additional information on it in an article published on December 5, 2022. In that report, we noted the video was sent by Paul Murdaugh to a friend whose dog he was keeping in the kennels at Moselle. The dog – a chocolate Labrador retriever puppy belonging to Rogan Gibson – had an injured tail and Paul Murdaugh appears to have been trying to document its status for his childhood friend.

As I noted in the December report, while Paul was filming his friend’s puppy, one of the Murdaugh hunting dogs – Bubba – began racing around the kennels (off-camera) with a chicken in its mouth. As the three family members – including Alex Murdaugh – called out for the dog, Maggie Murdaugh speculated the animal in its mouth was a guinea, not a chicken.

“Hey he’s got a bird in his mouth!” Maggie exclaimed on the video. “It’s a guinea.”

She was quickly corrected on this point by both her husband and her son.

Alex Murdaugh is not seen on the video, but he is clearly heard correcting his wife and calling out after the dog.

More than a dozen people – including Murdaugh’s own family members and former law partners – have reportedly confirmed to law enforcement that the voice on the footage belonged to him. Which it clearly is.

While there is nothing on the cell phone recording hinting at any animosity amongst the family members – let alone the sort of animosity which would lead one of them to commit two brutal murders – there is also nothing on the audio I would describe as “convivial” family conversation, either.

In her final moments of life, Maggie Murdaugh certainly sounded amused by the antics of Bubba the family dog – but Paul Murdaugh did not sound “convivial” in his assessment. Instead, he responded rather dismissively to his mother’s comment – quickly refocusing his attention to his friend’s puppy.

As for Alex Murdaugh, I would not describe his tone in the video as “convivial.” If anything, he sounded agitated.

According to my sources, Murdaugh was confronted by SLED agents about his presence at the kennels during an interview conducted in August of 2021. Initially taken aback at the assertion, Murdaugh informed investigators they were wrong about this key point of information.

“No,” he told them bluntly.

Murdaugh later qualified this denial by saying there was no way he could have been at the kennels at the time the video was filmed “unless my timeline is wrong.”

In addition to the kennel video, this news outlet has also obtained the first crime scene photos from Moselle. As with the video, we are declining to publish those until they have been entered into evidence during the trial.

She has been instrumental with her impeccable journalism, podcast, and YouTube coverage.

I dint think harpoorlian gave a good opening statement, but appeared feeble and in denial of murdaughs character.