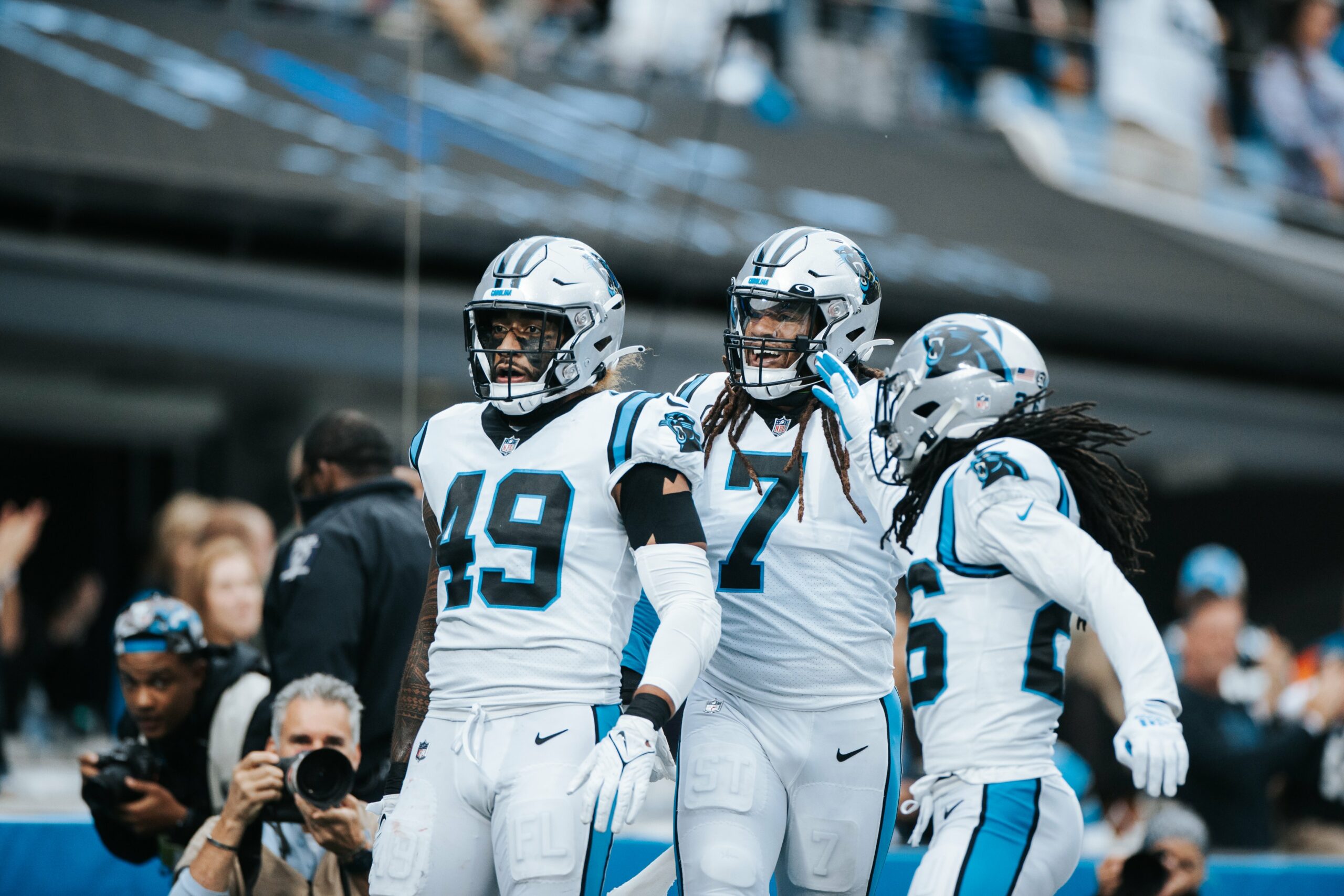 The 2022 season of the National Football League (NFL) is only a quarter of the way through … but fans of the Charlotte, North Carolina-based Carolina Panthers have already seen enough. And for that matter, so have the scribes assigned to cover the struggling franchise – which is currently in its fifth season under über-liberal billionaire David Tepper.

The Panthers have posted an anemic 23-46 (.333) record since Tepper assumed ownership of the team – failing to post a winning record or reach the playoffs over that time.

By contrast, during the five years prior to Tepper’s purchase the Panthers went 54-32-1 (.621) – reaching the playoffs four times (including a trip to Super Bowl 50).

With the current iteration of the franchise off to a disappointing 1-3 start, one local columnist is accusing the Panthers of committing “crimes against football” – and of putting a product on the field at Bank of America stadium that “is only going to insult your intelligence.”


“There may not be anything in the wide, wide world of sports more unwatchable than bad NFL football, and the Panthers continue to pump out even a poor vintage of that,” columnist Luke DeCock wrote in Monday’s editions of The Charlotte Observer following a 26-16 home loss to the Arizona Cardinals. “It was very hard to figure out what exactly was supposed to be worth the price of admission.”

DeCock’s column noted that in the aftermath of the latest loss, third-year Panthers’ head coach Matt Rhule was asked whether he was second-guessing his own coaching abilities.

“No, but it’s a good question,” Rhule said. “I can understand why you asked it.”

“There’s now an entire generation in these two neighboring states that didn’t choose to be Panthers fans but were born to it, and one can only pity them,” DeCock concluded.

Actually, it’s worse than that if you live in South Carolina. In the Palmetto State, not only must fans continue to stomach an atrocious product on the field … they must continue paying for its failed promises off the field.

I am referring, of course, to the spectacular collapse of the Panthers’ proposed corporate headquarters/ training facility – which was supposed to open in Rock Hill, S.C. prior to the 2023 football season but which now sits just west of Interstate 77 as an unfinished, abandoned monument to failed crony capitalist schemes.

The signature “economic development” achievement of South Carolina governor Henry McMaster, the collapse of the Panthers’ deal has been an ongoing embarrassment for the “Republican” politician and his legislative allies.

Just last month, McMaster was pilloried by S.C. senator Dick Harpootlian – who led the legislative fight against this botched boondoggle. In remarks delivered from the well of the S.C. Senate, Harpootlian accused McMaster of getting “suckered in by the lure of a football team and a billionaire.”

“He got hoodooed by this guy,” Harpootlian said. “(Tepper)’s worth $16 billion. He’s obviously hoodooed a few people here and there. He took our governor for a ride.”

Say what you will about Harpootlian (and I’ve said plenty), but he is 100 percent correct in his assessment of this situation – just as he is correct that I am occasionally prone to “excessive italicization.”

Like Harpootlian, I staunchly opposed the Panthers’ multi-million dollar handout from the very beginning. These objections intensified when it was revealed McMaster and his allies were lying about the number of jobs the project would create.

“It simply wouldn’t be right, wouldn’t be fair and most importantly … it wouldn’t do a damn thing to stimulate the state’s moribund economy,” I added. “If Tepper wants to build a new headquarters and practice facility in the Palmetto State, he can pay for those things himself.”


Instead, McMaster and legislative leaders decided to give the richest owner in the league more than $123 million … including $50 million for an interchange that wasn’t even remotely one of the Palmetto State’s infrastructure priorities. Oh, let’s also not forget that even if this deal had come off it would have been a net loss for Spartanburg, S.C. – home of the Panthers’ current training facility.

“McMaster’s Panthers’ play is looking more like a definitional loser with each passing day,” I noted in December 2019 as the costs associated with the project skyrocketed.

It wasn’t long before those words turned prophetic. Last spring, my news outlet exclusively reported on problems with this deal – specifically the inability of the city of Rock Hill, S.C. to meet its contractual obligations to the Panthers.

A year later, the Panthers’ real estate holding company halted construction and then filed for bankruptcy – throwing the crony capitalist collapse into the state court system.

Given prevailing economic conditions, this “bad deal” has now become exponentially worse for taxpayers – who are inexplicably poised to reelect McMaster to a second, four-year term as governor next month despite his ongoing failure to expand the state’s workforce.

Here’s something else that’s important to remember: Even when deals like this “pay off,” there is still a price to be paid … as taxpayers rarely derive the promised benefits from the subsidies they are compelled to hand over. That’s especially true when it comes to investments in sports franchises.

I wonder, though … when will the mainstream media start writing about how these “losses” keep piling up? Or is such chronic, repetitive fleecing of taxpayers considered less newsworthy than on-field losses?