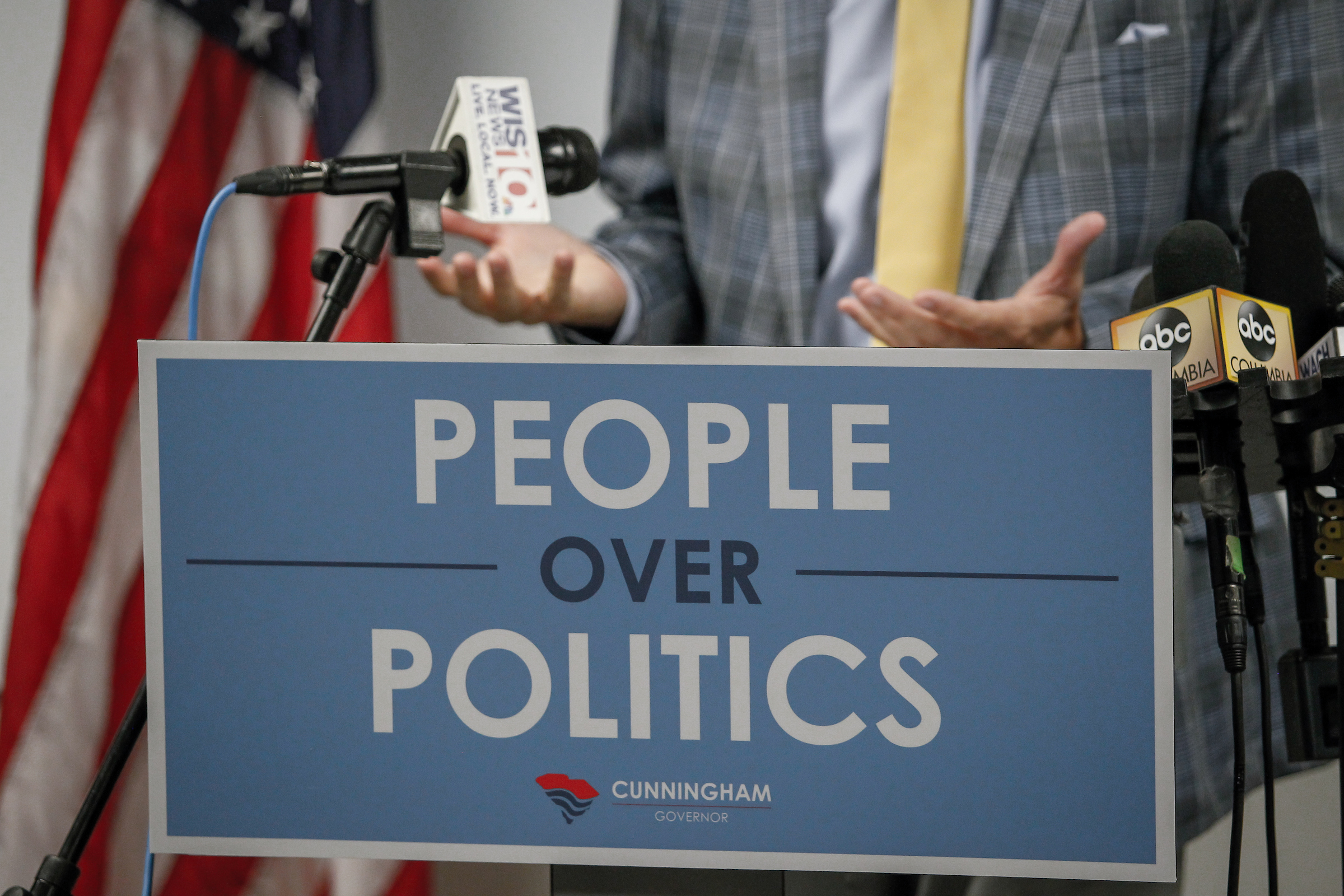 by JOHN KING || For almost two decades, South Carolina Democrats have struggled to out-strategize and out-vote republicans and this year … I finally understand why.

Black women are the backbone of the Democratic party, but in 2022, our historic statewide Democratic primary had four black women running and the S.C. Democratic Party (SCDP) did nothing to publicize who the candidates were or advise voters where or when to cast their votes. Because of that, many South Carolina voters had no idea there was a statewide primary and missed their opportunity to vote.

That’s why I didn’t hesitate to reach out to RCDP Chair Deyaska Sweatman (above), to respectfully bring to her attention that her email highlighting statewide, legislative and local candidates failed to include Richland County Rep. Annie McDaniel who is running for reelection or Rep. Krystle Matthews and Ms. Peggy Butler, who are running for the U.S. Senate and Secretary of State, respectively.

Surprisingly, no African-American candidates were highlighted in Ms. Sweatman’s email, despite the fact that at least six are on the ballot on November 8.

Richland County is our state’s largest Democratic county and voters deserve to know how the county and state parties’ actions impact them.

I’ve proudly served the people of House District 49 for thirteen years and have never been disrespected by a county party chair like I was disrespected by Ms. Sweatman.  She insisted it was her decision to exclude the black female candidates because as Chair, she “only includes viable candidates who (she believes) actually have a chance of winning.”

If that’s true, Ms. Sweatman must believe only white democrats are viable in Richland County and statewide.  Her words, not mine.


As a black man who is very protective of my mother, sisters and nieces, I was shocked and appalled by Ms. Sweatman’s disrespectful tone, as well as her reckless abuse of the power and discretion she believes her RCDP position gives her. According to her, the black female candidates I inquired about weren’t “omitted,” but intentionally excluded because as RCDP Chair, she “has the power to exclude anybody she wants.”

The democratic party’s treatment of black women at state and county levels, particularly during this year of historic campaigns, speak volumes about why Democrats have lost every statewide election for almost 20 years and are likely to keep losing.

Ms. Sweatman, who lost her own primary just a few years ago when she tried to unseat Rep. Joe McEachern, could use a few lessons in humility, decorum and the importance of diversity, especially in today’s divisive political climate.

For those who believe I’m making too big a deal about this, my call to her was not accusatory, confrontational or disrespectful in any way. I was simply bringing what I believed to be an oversight to her attention.

After she became indignant and chastised me for calling her, I did some research and found that earlier this year, she commemorated International Women’s Day with a RCDP flyer that included a photo of herself, but not one woman in the Richland County legislative delegation.  At the time, there were at least four: Sen. Mia McLeod, Rep. Beth Bernstein, Rep. McDaniel and Rep. Wendy Brawley. The majority of these women are history-makers…the first of their gender (and/ or race) to represent their districts.

Democrats wonder why we keep losing. Abuses of power like this within the party infrastructure is one reason. Every candidate on the ballot deserves to be treated with dignity, respect and acknowledged by the state and county parties so that voters know who they are and can take the necessary steps to make informed decisions before casting their ballots. Until that happens, party chairs like Ms. Sweatman will continue to promote themselves and their favorite candidates at voters’ expense.

Ms. Sweatman’s email was entitled, “A New Season,” but there won’t be one until Democrats stop using the same old tactics that have cost us every statewide election for decades.  With November 8 roughly 30+ days away, it may already be too late.

John King is a businessman from Rock Hill, South Carolina. He represents the citizens of York County in the S.C. General Assembly.