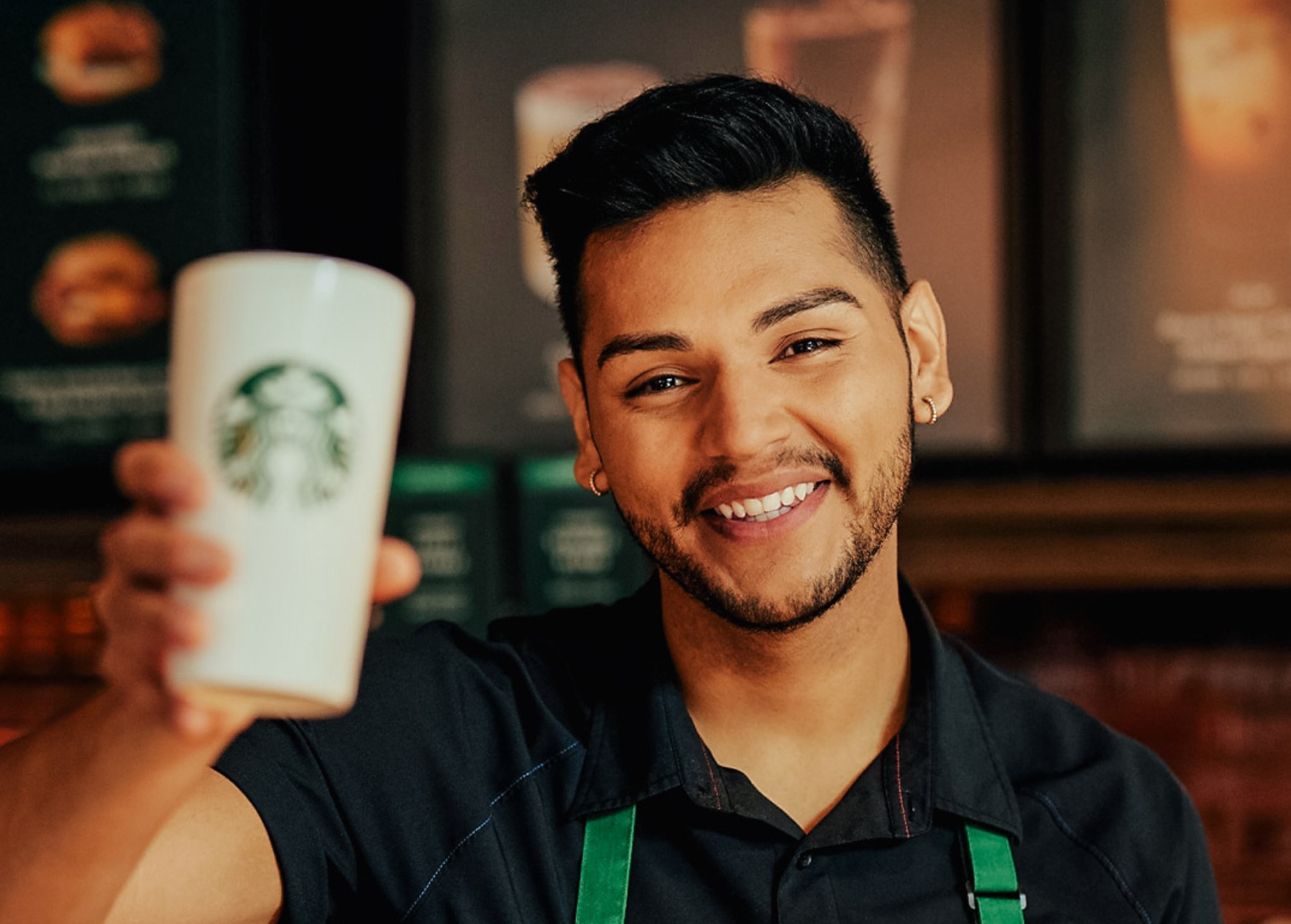 But there’s another reason I don’t go to Starbucks: I just don’t like the way its coffee tastes.

That’s still my choice, right? I’m not legally obligated to identify as someone who favors that burnt, bitter, acidic swill, am I? Or does that come in the second term of Joe Biden’s teleprompter?

Whatever your view of Starbucks’ coffee, it’s hard to imagine a more “woke” American corporation than the Seattle-based mega-chain – which advances “racial and social equity on behalf of its partners (employees) and communities” while simultaneously striving to “achieve carbon neutral green coffee” by accelerating “sustainable coffee.”

Mind you, those aren’t necessarily bad objectives – as long as they do not lead to reverse discrimination (a.k.a. discrimination). I’m not knocking diversity or sustainability – and Starbucks is certainly well within its rights to be whatever kind of corporate citizen it wants to be.

Readers will recall its leader, Howard Schultz, is about as woke as they come – contemplating an independent progressive presidential bid in 2020.

Schultz had to eat some crow recently, though, when his company was forced to shutter dozens of locations in areas that “have a particularly high volume of challenging incidents that make it unsafe for us to operate,” according to its spokesman.

Can we not use the words “violent crime?”

In a leaked video posted to social media two months ago, Schultz acknowledged “America has become unsafe” and that his company was responding to localized increases in violent crime by closing “stores that are not unprofitable.”

“It has shocked me that one of the primary concerns that our retail partners have is their own personal safety,” he noted in the video.

As the nation descends deeper into lawlessness, Starbucks is facing pressure on another front – one which would appear to expose the company as being (gasp) substantially less woke than it appeared.

“Starbucks seems to check all the progressive boxes,” Martin Marks of The California Globe wrote recently. “Yet, where do they stand on unions, unionization, and the plight of the proletariat?”

This weekend, workers at the Millwood Avenue Starbucks in downtown Columbia, South Carolina conducted a “one day unfair labor practice strike and picket,” according to a news release from the Starbucks Workers United union.

Wait … striking baristas? At a Starbucks? In the middle of the most anti-union state in America?

Sources familiar with organized labor in the Palmetto State tell me the push to unionize Starbucks’ locations is the new front line in this battle – which is being waged with increased ferocity by union organizers (including one in the Palmetto State who previously worked for veteran GOP consultant Richard Quinn).

“Union successes are certainly showing up in places we haven’t seen over the past five years or so,” Harvard labor economist Lawrence Katz noted in a recent interview with his university’s paper.


However, Katz acknowledged “the long-run trends are of a declining share of U.S. workers unionized,” and that it remained to be seen whether the recent “wave of (union) activism will survive the next recession.”

I’m sorry … the next recession? About that.

Anyway, according to the Starbucks union, the Columbia, S.C. strike was due to the company “unilaterally stripping away COVID benefits and resuming store operations during a severe hurricane.”

“The store was closed only after enough baristas called out due to personal safety, and workers were not offered catastrophe pay,” the release noted.

These baristas realize Hurricane Ian was an absolute nothing-burger in the Midlands region of the state, right? I mean, I get public support for unions is on the rise across the country – but in Columbia, S.C., catastrophe pay for a category one storm that basically bypassed the region hardly seems a hill to die on. To say nothing of a cause célèbre.

Still, after decades of membership declines (in the private sector, anyway) unions finally appear to have the political winds at their backs – and some soft targets in their sights. Can they continue making inroads in the heart of America’s staunchest right-to-work-state? Where, interestingly, they have the local mainstream media in marching in solidarity with them?

We shall see … but this fight has clearly evolved considerably in a very short time.