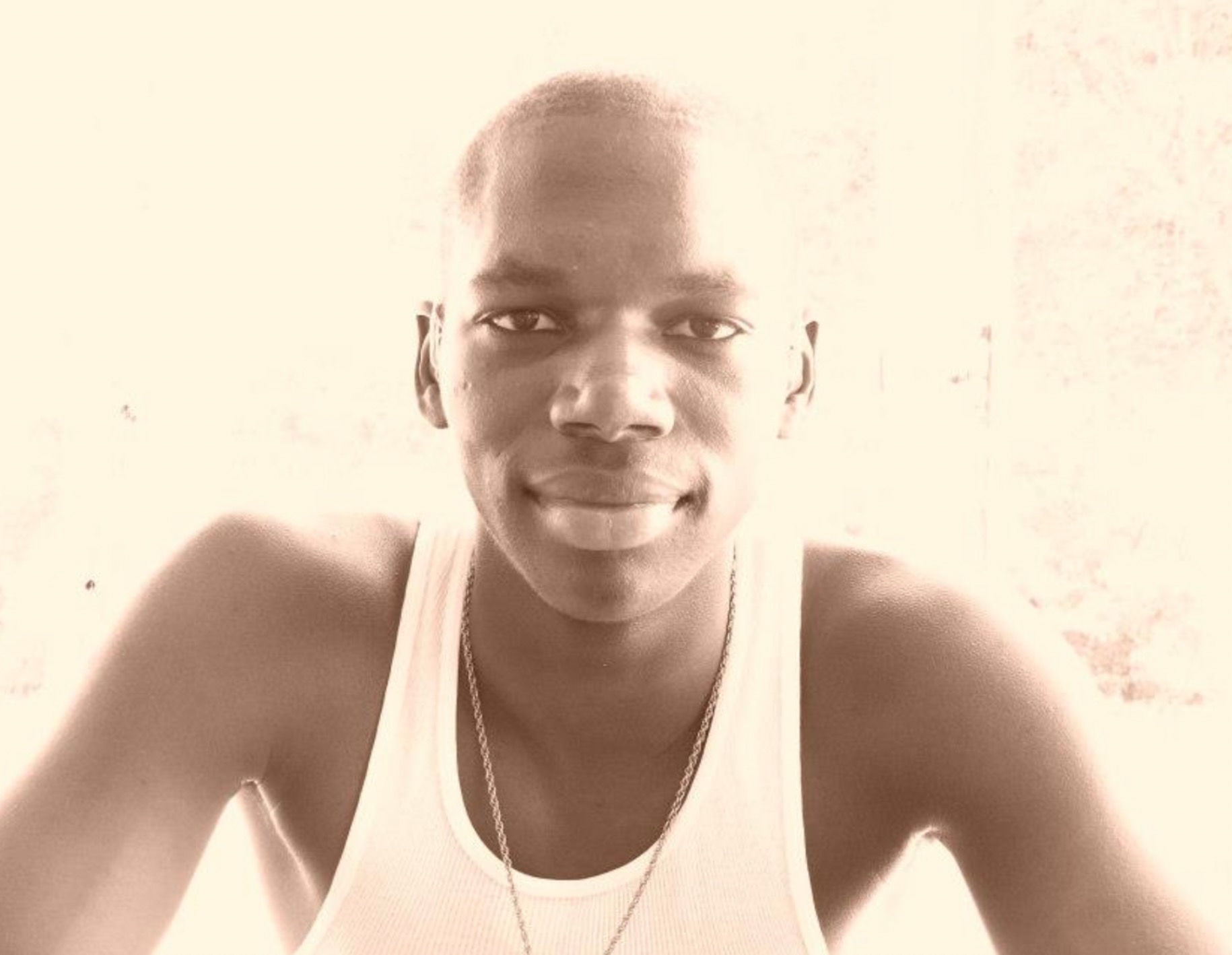 This week, Bamberg told FITSNews that Palmetto State Bank and the Parker Law Group, previously known as PMPED, have reached settlement agreements with a number of his clients, including Hakeem Pinckney’s family.

Details of the settlements, including the amount, could not be disclosed because of the terms of the agreement.

“I think everyone realized the settlement needed to happen,“ Bamberg told FITSNews. “We were able to work it out in a way that worked for everybody. And there is something to be said for that – because they’ve been through enough.”

Among all of the financial victims of Alex Murdaugh, Pinckney’s story was one of the most heart-wrenching.

Hakeem Pinckney was paralyzed in a catastrophic car wreck before his tragic death in 2011.

Hakeem’s mother Pamela and cousin Natarsha were also severely injured in the 2009 crash, which resulted in a large lawsuit against a tire company.

As FITSNews previously reported, Alex Murdaugh and his alleged co-conspirators apparently worked together — in a fashion similar to the Gloria Satterfield settlement scheme — to defraud the Pinckney family of funds gained from a lawsuit they filed on Hakeem’s behalf in 2010.

The same players were involved in this case — Cory Fleming, Alex Murdaugh and Palmetto State Bank.

Palmetto State Bank has been at the center of several cases in which Murdaugh is suspected of stealing from clients. The bank also appears to have played a part in how Murdaugh was able to convert money from his former law firm’s client trust account to six-figure money orders.

Palmetto State Bank’s now-former CEO has been indicted in both federal and state courts for his alleged role in the schemes.

While several people have been criminally charged and institutions have financially compensated victims since his work on this case began in December, Bamberg was clear that this isn’t over.

“We’re not done in terms of claims; we are still pursuing Alex Murdaugh,” Bamberg said. “On the civil side, it’s not even about how much you get from him. It’s about how little is left for him at the end of this process. You know … he should have nothing.”

When Bamberg landed his first client in this bizarre and twisted Lowcountry saga, the 30-something-year-old lawyer came out of the gate swinging — immediately going after not just the individuals, but the institutions involved.

“Murdaugh literally ‘PMPED’ people’s pockets,” Bamberg, who grew up in a county just north of Hampton, said in his news release in December. “Wrong is wrong, and men or businesses that have made millions a year since the time my great-grandfather was a sharecropper are no better than the guy who walks to work today just to make ends meet.”

Bamberg’s news release was a shot across the bow for PMPED, which was founded by Murdaugh’s great-grandfather.

The formidable and feared law firm has a reputation of winning large settlements and jury awards for its clients. Its influence over law enforcement and politics in the 14th Judicial Circuit — which encompasses Allendale, Beaufort, Colleton, Hampton and Jasper counties — is long-standing and significant.

In December, Bamberg told FITSNews that several of his clients were being re-victimized by PMPED, citing examples such as the firm taking a $300,000 attorney’s fee from a client from whom Alex stole $750,000.

“It blows my mind that under the eye of the firm, which owes a duty to this individual and others, that two years later, law enforcement tells them that they’re missing $750,000. And when they come in to get their money, because every penny of that belong to them, the firm who says they had nothing to do with anything takes a $300,000 legal fee. That is just not OK,” Bamberg said in December.

While the law firm claimed that the name change was to honor Parker’s career, many locals saw it as a sign that the century-old law firm was facing a pubic relations crisis due to their Murdaugh connection.

Bamberg didn’t pull any punches when it came to Palmetto State Bank’s role in the scheme to (allegedly) steal millions of dollars from Alex Murdaugh’s clients.

“Alex could not have done it without the bank. Period,” he told FITSNews in January.

When the firm hired an out-of-state public relations firm that released a statement saying that Palmetto State Bank “will make every effort to accomplish full restitution for those whose settlement money was diverted to others in transactions processed at the bank,” Bamberg was quick to call them out.

“We have heard commentary from the bank about paying ‘restitution’ to victims, however, unless ‘restitution’ includes paying the true value on the claims the Pinckney family and others have, then their PR efforts amount to nominal lip service as far as we are concerned,” Bamberg said in January.

The hits continued for Palmetto State Bank, the more Bamberg uncovered in the case — which likely motivated the bank to settle before a lawsuit was filed.

In May, Bamberg discovered checks from funds misappropriated from the Pinckney case were not only made to Russell Laffitte, but to his father Charles Laffitte Jr., who is a board member and also a former CEO at Palmetto State Bank.

In fact, a $100,000 money order was given to Charles Lafitte. According to Bamberg, that money came from the Pinckney estate.

Also shocking? Former 14th Solicitor Randolph Murdaugh III, Alex’s father who died days after Maggie and Paul Murdaugh’s murders in June, received a large sum of money that was also stolen from the Pinckney estate, according to Bamberg.

Specifically, a $329,500 money order from the stolen funds was given to Randolph Murdaugh III.

Bamberg said, as an attorney who grew up in the area, seeing that money order made to Randolph Murdaugh III, who had remained an assistant solicitor after his retirement, was “disheartening.”

Bamberg also discovered a $10,000 checking deposit made to Maggie Murdaugh and about $4,000 made to “Murdaugh Charters,” an LLC owned by Alex Murdaugh.

In the press, Bamberg referred to the money stolen from the Pinckney family as “blood money.”

“Blood money … is what it is,” Bamberg told FITSNews in May. “Hakeem Pinckney, Pamela Pinckney and Natarsha Pinckney bled for that money.”

Those funds were allegedly stolen from the Pinckney estate on December 21, 2011 — just 4 days before they were about to endure their first Christmas without Hakeem.

Hakeem Pinckney, a deaf man who was a recognized athlete at the South Carolina School for the Deaf and Blind, suffered atrocious injuries in the crash that paralyzed him from the neck down and made him dependent on a ventilator for two years starting in 2009.

After being released from the ICU at MUSC months after the accident, Hakeem was placed into Pruitt Health North Augusta, a long-term care facility at which he was making strides to regain some function. His mother noted that six months before passing away, he was conscious, could communicate and could breathe on his own for short periods of time.

“To know that you put your trust and your emphasis in someone who says they have your best interest in mind, and looks you in your face, and tells you and your entire family that they have your best interest — that you got us 100 percent,” Pamela Pinckney previously told FITSNews. “And then you go and you steal from us, even though you got paid through legal fees to work the case, then you turn around and you steal on top of that from the family. And my son is deceased. That really it tears me apart literally every day.”

Bamberg said the settlement has helped Pamela Pinckney get some resolution in the tragedy.

“There’s a degree of weight that lands on your shoulders when you find out something horrible had taken place and that Alex had stolen money from you betrayed you,” Bamberg told FITSNews this week. “There’s a certain weight that is put on your shoulders because now you’re dealing with not just reliving Hakeem’s death and reliving your own bodily distortion that that took place because of your injuries. There is a large weight that’s in part lifted off her shoulders because of being able to put this behind her.”

Bamberg said “at the end of the day, none of this was really about money as much as it was accountability.”