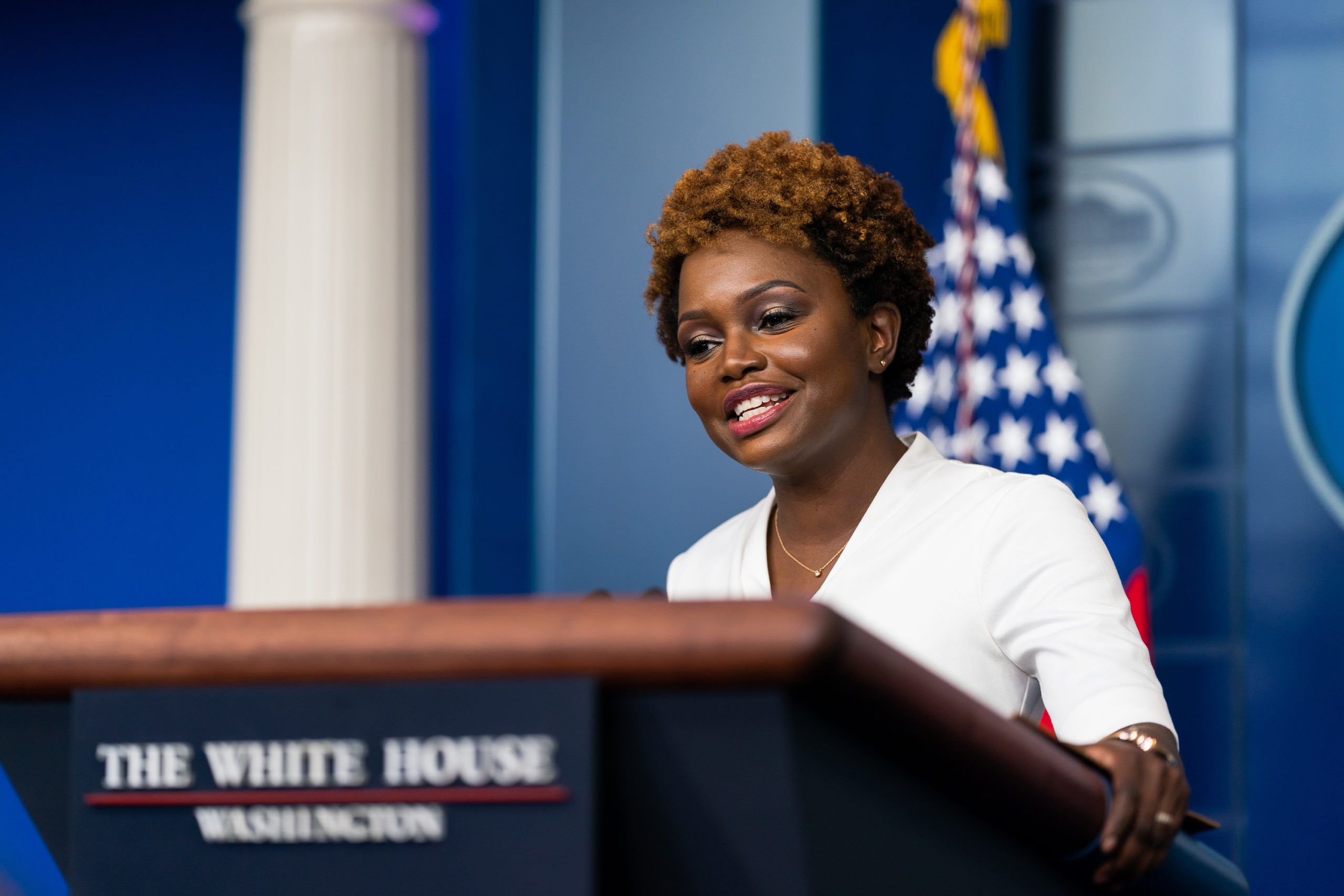 President Joe Biden owes his current job to South Carolina. Were it not for the Palmetto State, this Lazarus would have never risen from the dead (politically speaking).

Biden used a resounding win in the 2020 “First in the South” Democratic presidential primary to revive his moribund candidacy and propel him to the White House. After finishing fourth in early-voting Iowa and fifth in “next up” New Hampshire, every mainstream media reporter was writing Biden’s political obituary.

“Biden’s inevitable electability is at the bottom of a crater in New Hampshire,” blared a headline from Slate.

Then came South Carolina … where black voters turned out in droves to support him, negating a controversial crossover campaign organized by supporters of former U.S. president Donald Trump.

Biden’s big win in the Palmetto State saved his candidacy … which is why it is curious his new press secretary, Karine Jean-Pierre, was trashing the state around the same time her new boss was courting the black voters.

“I could literally taste the relief of getting out of South Carolina,” she wrote in a 2019 book. “I remember catching one last sight of the Confederate flag and just shook my head. You lost, people – get over it! I thought as I accelerated north toward home.”

Jean-Pierre, 44, of Fort-de-France, Martinique, worked for the administration of former president Barack Obama prior to getting a job at liberal advocacy organization MoveOn.org. After that she became a political analyst for left-leaning cable news outlet MSNBC.

Not that it should matter in a society which ostensibly judges people by their abilities, but Jean-Pierre is the first black, first gay and first immigrant to hold the title of White House press secretary. A veritable trifecta of ‘woke’ of which she is “acutely aware.”

“I am obviously acutely aware that my presence at this podium represents a few firsts,” she said upon ascending to the role. “I am a black, gay, immigrant woman – the first of all three of those to hold this position. If it were not for generations of barrier-breaking people before me, I would not be here. But I benefit from their sacrifices. I have learned from their excellence, and I am forever grateful to them.”

Fair enough … I can dig all of that.

Years ago, though, Jean-Pierre was a staffer for then-U.S. senator John Edwards in his calamitous bid for the White House in 2008. Remember that campaign? Yeah … it ended with a mistress, a sex tape, a love child and multiple indictments against Edwards for allegedly using campaign funds to conceal his extramarital soap opera.

In her book ‘Moving Forward: A Story of Hope, Hard Work and the Promise of America,’ Jean-Pierre discussed her time living in South Carolina during the Edwards’ campaign – specifically the “down-market” apartment she rented beneath a prostitute.


“I heard a lot of foot traffic and squeaking mattress sounds coming from above my head,” Jean-Pierre wrote. “This wasn’t just one couple having sex. This was a door opening, door closing parade of different feet thumping across the floor above me.”

Wait … a supporter of John Edwards is throwing stones about boot-knocking?

Anyway, the lack of sleep Jean-Pierre attributed to the tricking taking place upstairs in her apartment complex caused her to “detest South Carolina.”

Well, that … and, according to her, racism was literally in the air.

“Everything about it was off-putting,” she wrote. “The Confederate flag, the humidity, the covert stares I received every time I ventured into a white neighborhood, the simmering racial hostility that seemed to permeate the very oxygen that I breathed.”

Scott remains the most popular politician among the state’s GOP electorate by a country mile, according to recent polling provided to this news outlet.

South Carolina couldn’t win for losing with Jean-Pierre, apparently. Even when its residents were kind to her, she described them as “syrupy” and questioned their motivations.

“I would keep thinking, ‘What’s the agenda behind this overture,’” she wrote. “I know I am not being fair to an entire state but hey, you know what they said about South Carolina in 1860 when it kicked off the American Civil War: ‘Too small for a republic and too large for an insane asylum.’”

Well, at least she admitted she was being unfair …

Props to reporter Matthew Christian of The (Aiken, S.C.) Standard for uncovering Jean-Pierre’s references to the Palmetto State. And more props to him for having the stones to report on it.

“We must reject hatred and extreme ideologies that seek to divide Americans, wherever we find it in society,” Jean-Pierre noted in her opening remarks as press secretary. “It doesn’t matter who it is.”