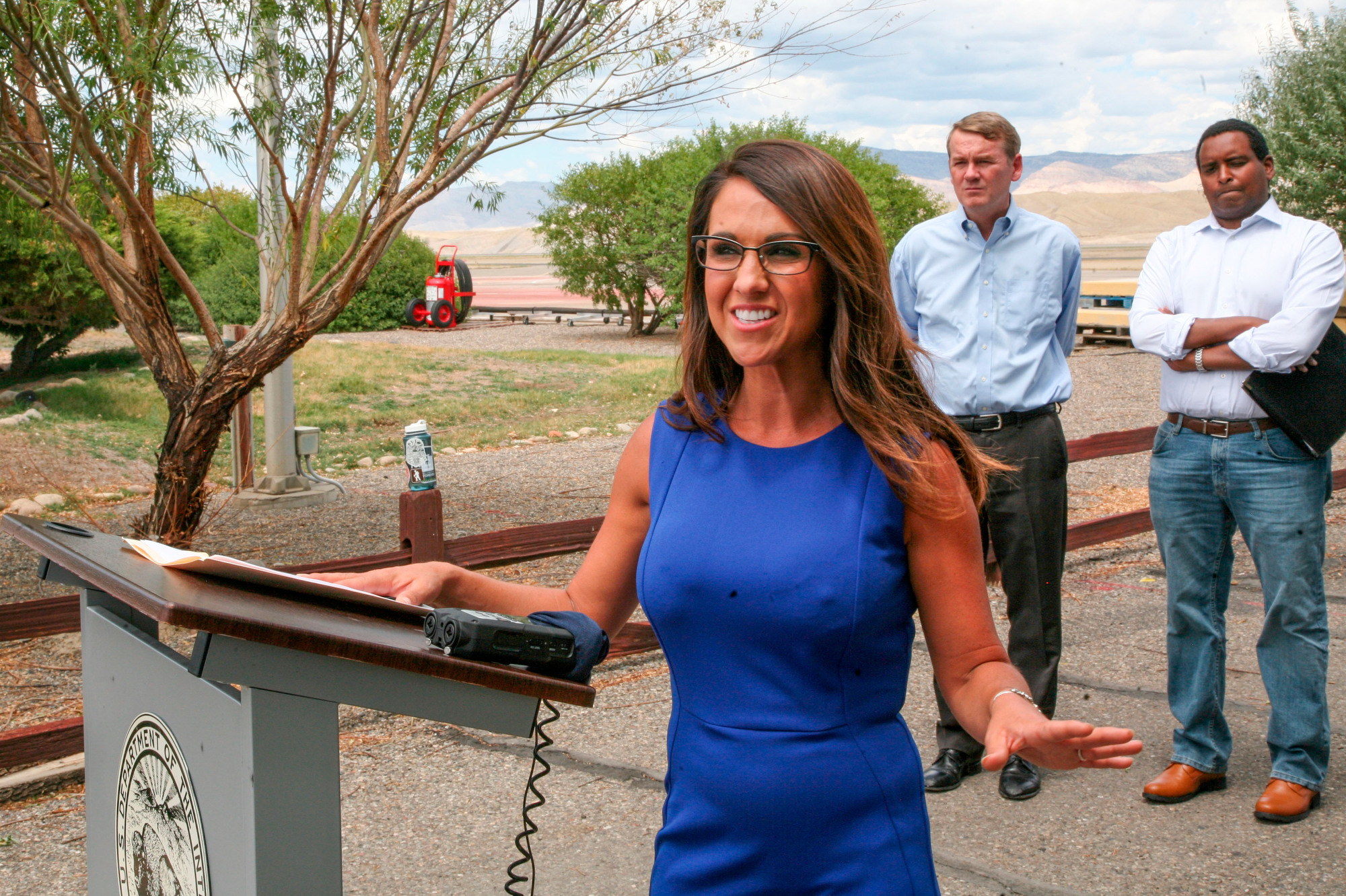 Congresswoman Lauren Boebert of Colorado has filed legislation which would eliminate federal funding for U.S. president Joe Biden’s newly created “disinformation governance board” – a division of the U.S. Department of Homeland Security (DHS) tasked with combatting what it deems to be “fake news.”

Critics of the new board have (rightfully) derided it as a “ministry of truth” – something ripped straight from the pages of George Orwell’s dystopian classic Nineteen Eighty-Four.

In Orwell’s novel, the ministry of truth rewrote history in accordance with government propaganda – a.k.a. the current pronouncements of Big Brother.

“It is our duty to shut down this department immediately,” Boebert told Fox News. “I’m calling on leadership in the Republican Party — leader (Kevin) McCarthy, whip (Steve) Scalise and others — to join me in calling for this department to be shut down and defunded.”

Will these GOP leaders – many of whom have presided over the creation and expansion of the modern American spy state – join Boebert in her efforts to shut down Biden’s board?

To read the full text of Boebert’s bill, click here.

The newly minted director of this ministry – Nina Jankowicz (above) – defended her ongoing work to help “shape our counter-disinformation efforts” as somehow being consistent with “(DHS)’s committment (sic) to protecting free speech, privacy, civil rights and civil liberties.”

Look, I’m not going to dog Jankowicz out too hard for her embarrassing TikTok video … but I absolutely will dog her out for using my tax dollars as part of an attempt to establish some government bureaucracy empowered to arbitrate what is and isn’t “truth.”

That isn’t government’s job, it is the job of the marketplace …

Which reminds me … the timing of this new ministry is especially curious given recent developments on social media, most notably billionaire Elon Musk’s purchase of Twitter. Musk’s attempt to transition Twitter from an election-influencing, left wing echo chamber into a legitimate free speech forum has been greeted with grousing on the left.


A recent column by Charlotte Alter published by Time derides free speech as “a paramount concern of the techno-moral universe” – a.k.a. a “Tech Bro” obsession – arguing all people like Musk care about is making money off of this freedom.

“Many of the most valuable digital platforms have business models that rely on mining user content for data and selling it to advertisers,” Alter wrote. “From the platform’s perspective, more speech equals more cash.”

Alter also cited a former Twitter executive and Barack Obama appointee as saying “the tech rhetoric around free speech has become an obsession of the mostly white, male members of the tech elite, who made their billions in the decades before a rapidly diversifying workforce changed the culture at many of the biggest companies in Silicon Valley.”

In other words, if you support free speech you are not only a billionaire profiteer … but a racist one.

Alter’s column also attempted to redefine free speech in the 21st century as being “something very different than it did in the 18th (century), when the Founders enshrined it in the Constitution.”

“The right to say what you want without being imprisoned is not the same as the right to broadcast disinformation to millions of people on a corporate platform,” Alter wrote. “This nuance seems to be lost on some techno-wizards who see any restriction as the enemy of innovation.”

The First Amendment was never the exclusive definition of free speech, Turley wrote. “Free speech is viewed by many of us as a human right; the First Amendment only deals with one source for limiting it. Free speech can be undermined by private corporations as well as government agencies. This threat is even greater when politicians openly use corporations to achieve indirectly what they cannot achieve directly.”

Turley went on to note that as more mainstream media outlets “align themselves with the anti-free speech movement, it is more important than ever for citizens to fight for this essential right.”

So who is correct in assessing this broader free speech debate? Alter? Or Turley?

And which government official should we support in the policy arena? Jankowicz? Or Boebert?