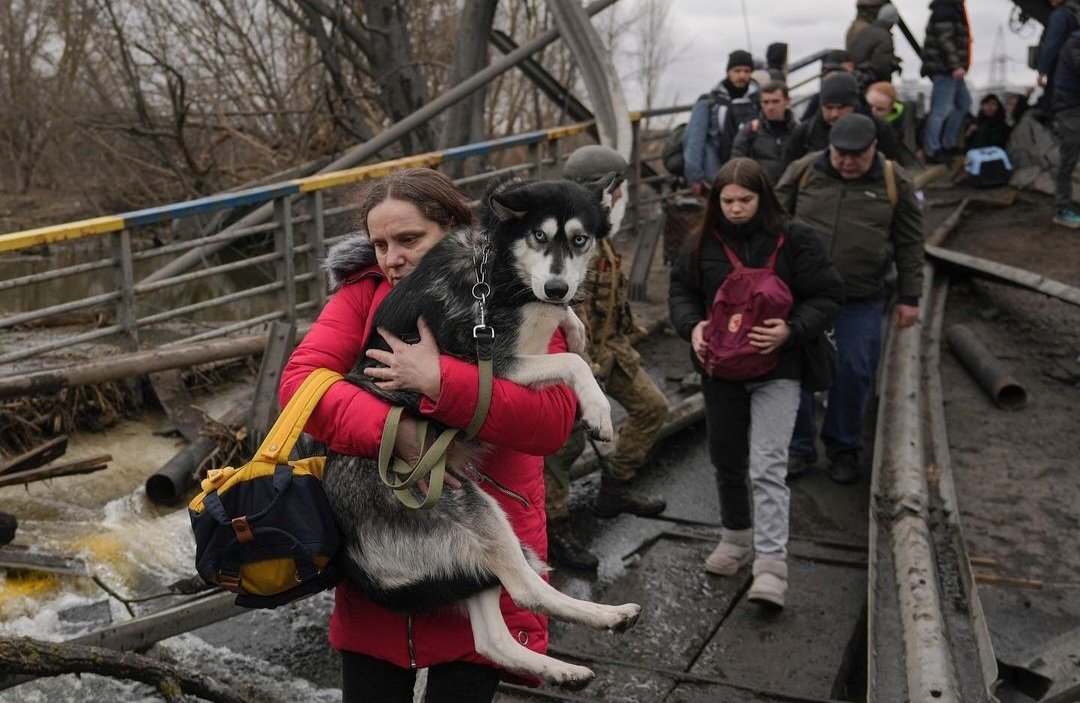 by PRIOLEAU ALEXANDER ||  On February 24, prior to Putin’s invasion of Ukraine, I made a few predictions. This is not something I normally do, because my predictions have been wrong before — I’m much better at writing an analysis after someone powerful does something stupid, which is, well, 24/7.

I’m a minor-league prepper and a sky-is-falling pessimist, which I blame partly on my Southern roots distrusting the federal government is something that comes naturally to my kind. Rest assured I’m not a member of Q, but the lies We The People have been told in the past decade make me shudder.

Some of what you’ll read is now obvious, and a reader might think I’m retroactively bringing these predictions up to date. Not true. They are on my Facebook page, where I generally make my sky-is-falling predictions; like I said, my musings are sometimes wrong, sometimes kinda-sorta correct, sometimes right on the money. Some of the thoughts below are specific predictions, some are just opinion, and some can never be proven right or wrong.

Here’s what I opined:

1) I find it curious that Biden destroyed our energy independence, then watched as Russia invaded. Russia just happens to be a global leader in exporting gas and natural gas. What gives?

2) Does anyone actually think Putin hasn’t planned around our closing of his pipeline to Germany?

3) Everyone is screaming sanctions: Is there really anyone out there that believes Putin hasn’t carefully gone through EVERY worst-case scenario? That he’s going to say, “Huh? They’re using sanctions? Quick! Surrender!”

4) You can’t turn a shovel of dirt in Ukraine without turning over some critical natural resource… think the rest of world won’t be buying those from Russia? Hell, if it makes them a buck, American corporations will. Russia will survive our big bad sanctions because Putin has thought this through… and owning Ukraine will make Russia far richer, not poorer.

5) Lost on most is the fact that Putin has brought nukes as an option.

6) If the Ukrainians can make it through this initial terror, Russia will not defeat them. It will be like fighting the Taliban, and it will go on for years. Tanks don’t do much good when a guerrilla sniper hidden in the forest shoots the tank commander in the face. Ukrainians aren’t cavemen with Ak-47s, making IEDs out of Pepsi cans, cell phones, and chewing gum. These are smart educated people, with access to technology … Ukraine fought the USSR before, and they’ll do it again.


7) Every able-bodied man in Europe and every piece of military equipment should be in bloody combat before America puts troops on the ground.

8) The USA, using 1/4 as many troops, would destroy the Russian army in a month. Their equipment (except for aircraft and light arms) are a joke. An American tank would be doing leisurely target practice on Russian crap before the Russians knew they were there. A-10 pilots would be laughing themselves to sleep every night.

9) NATO countries have equipment as good as ours, as we built or designed almost all it. If they will act like men– not the cowards they usually are– they too would destroy the Soviet military. Virtually ALL of our war machines a designed to fight a war exactly like this.

10) FDR was a VERY sick old man– likely amidst dementia– when he gave away Eastern Europe. History is repeating itself, as Joe Biden doesn’t know where he is. He’s not calling any shots– hell, he can’t even take questions from the press. And if he’s not in charge, who is?

11) John Kerry just expressed concern that this war will detract from global warming. Are you kidding me? People like him are f’n in charge?

12) This war will result in triple the number of Congressman becoming millionaires. Think they don’t have stock purchased via insider trading regarding what companies will profit?

13) Given that Ukraine is one of the world’s leading exporters of crops, do you think prices might go up even more in the grocery store? Do you think gas is going up? And who gets screwed the worst? The poor and working poor, of course. No one in Congress is going to miss a meal. And our rich are at this moment shorting stocks and manipulating the market, making more money than ever.

14) For Christians reading this, John’s Revelation speaks of Russia’s aggression during the end of days. Quite specifically, according to some scholars. When the USSR fell, many dismissed that interpretation. Pray as you feel led.

After watching America’s 20 year-war unfold in the middle East and Asia, I became very anti-war —something many people find surprising, given the fact I’m a former Marine Officer. As a result, I’m dealing with some fairly significant cognitive dissonance regarding this war. Looking in the mirror, however, I know why. I made four short-term mission trips to Ukraine, and have several dear friends there. I met hundreds of Ukrainians, and found them to be lovely people. And everyone I met was very pro-American, and attributed much of their newfound freedom to us.

What the West does not yet understand is that Putin is a sociopath, trained by the murderous KGB, and devoid of humanity. This war is an “all-in” bet, and he cannot lose it — to do so means his death or exile, and he has no intention of letting either happen. From what I can ascertain from Russian insiders, Putin will use nukes before he suffers the disgrace of defeat. Keep in mind as well that even in the case of global nuclear war, Putin won’t miss a meal.

Assuming all of my paranoid rantings are incorrect, and this global emergency passes with “only” the slaughter of innocent Ukrainians, rest assured food-price inflation is a clear and present danger. Give to charities that feed Americans, and maybe buy an extra can of soup next time you’re in the store. You can’t take your money with you, and you can’t eat it, either.

Is This What’s Left Of Missing Malaysian Jet?