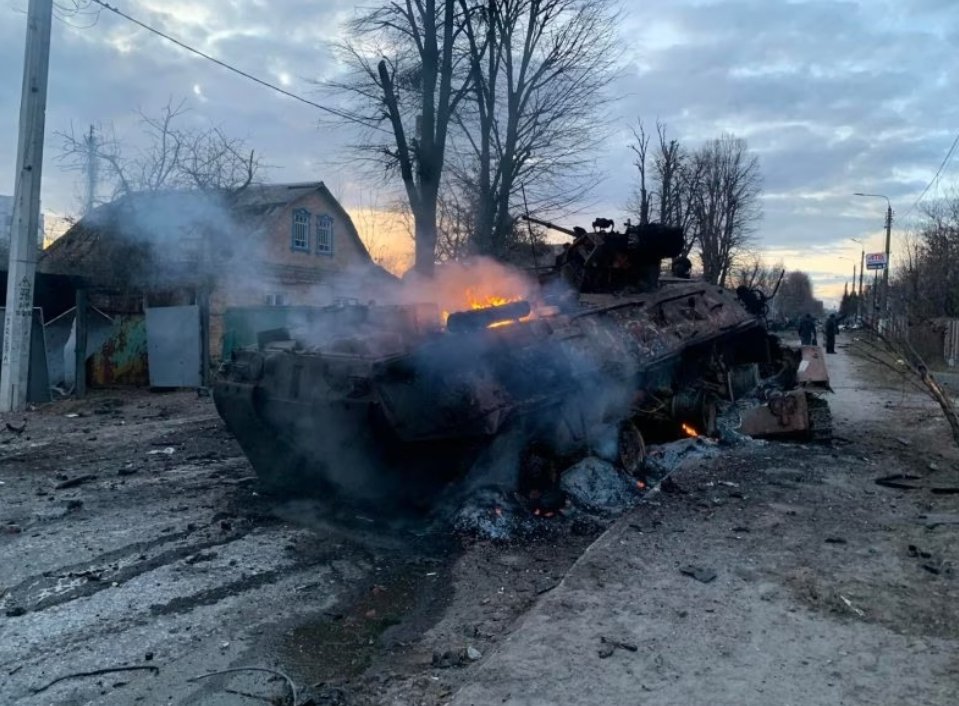 RE | RUSSIAN INVASION OF UKRAINE

Do you think you personally are capable of distinguishing between outright pro-Putin propaganda and truthful reporting, on the fly?

Do you believe that populations of Spanish-speakers in Texas means that Mexico belongs to Texas? Some of those people were born in Mexico, have family in Mexico, speak Spanish at home, and might actually support the policies of Obrador, and believe that most of Texas actually belongs to Mexico.

That’s exactly analogous to Ukraine. That anyone thinks Russia “owns” or has the right to “liberate” a sovereign nation like Ukraine is wrong. That seems to be your opinion, and I would opine that it comes straight from a strong bias toward whatever the Republican Party and TFG says. Very sorry to see it in a reporter who would claim he only seeks truth.

In your letter you write, “that seems to be your opinion.” What a telling choice of words as you proceed to conflate what you presume to be my opinion with something I have never opined – namely support for Russian sovereignty over Ukraine.

Far from parroting “pro-Putin propaganda,” my coverage of this conflict has provided vital context – information which the vast majority of American media outlets have deliberately omitted. The simple truth is America’s involvement in the 2014 overthrow of a democratically elected Ukrainian government – and our support for bringing Ukraine into the North Atlantic Treaty Organization (NATO) – has had a direct bearing on the current crisis.

It may not be popular to admit that – but it is intellectually dishonest to pretend it isn’t true and doesn’t matter.

It is my fervent belief America has an affirmative obligation to protect its vital economic interests abroad. And the lives of its citizens living abroad. It is not, however, America’s job to make the world “safe for democracy.” Nor is it America’s job – as was the case in Ukraine – to collaborate with the Nazis (literally) on the overthrow of a democratically elected government so we could install one of our state department officials as its finance minister.

Again, these are precisely the sort of foreign entanglements the founder of our nation explicitly warned us against engaging … meaning the only propaganda I am guilty of spreading comes straight from George M.F. Washington.

Why “Radical Islamic Terrorism” Needs To Be Said (And Understood)