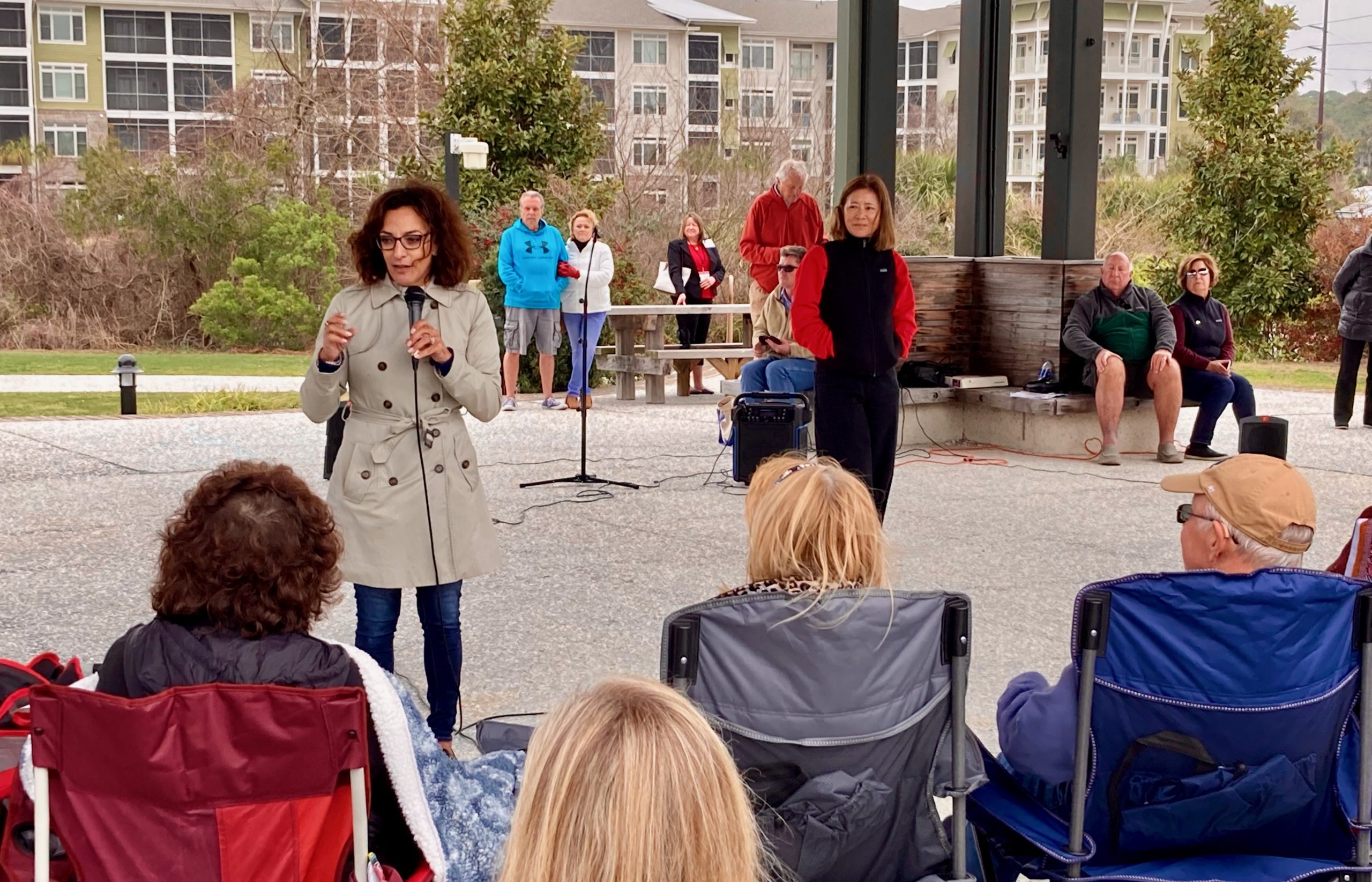 According to a survey prepared for the campaign of former state representative Katie Arrington, Mace’s lead in the GOP primary for this seat evaporates once Republican primary voters become aware former U.S. president Donald Trump has endorsed Arrington’s candidacy.

Not only that, there is “no path to victory for (Mace’s) campaign,” according to a memo provided to this news outlet along with the survey’s top-line results – which showed a Trump-endorsed Arrington defeating Mace by a 51-33 percent margin with 16 percent of respondents undecided.

Prior to informing voters of Trump’s endorsement, Mace led Arrington in the survey by a 50-35 percent margin with 15 percent of respondents undecided.


In addition to Arrington, Mace is also being challenged by retired lieutenant colonel Ingrid Centurion and military caregiver Lynz Piper-Loomis. Of the three challengers, Arrington is considered the most credible considering she narrowly lost a bid for this seat in 2018 – and thanks to Trump’s endorsement, obviously.

The survey of 489 likely 2022 GOP primary voters was conducted between February 21-22, 2022 by Remington Research Group. According to its accompanying memo, Mace is “one of the most vulnerable incumbents in America.”

“The results of this poll tell us what we already know, the voters of South Carolina’s first congressional district don’t want a new face of the GOP,” said Arrington spokesman Chris D’Anna. “We already have one in President Trump and his America First policies. No amount of spin or MSNBC appearances will take away from the very real effects of the Biden administration’s agenda. The people of the Lowcountry are being hit by inflation, high gas prices, and supply chain issues, all while the current representative in D.C. cares more about baby pandas, Monkey Island and Carole Baskin. Nancy Mace’s days are numbered – in June we will replace a misguided self-serving politician with a servant leader.”

Mace (above) rebuked the survey’s results, calling the poll “bought and paid for” by Arrington.

“This poll is bought and paid for by my opponent and not worth the paper it’s printed on,” Mace told me. “I also have poll numbers that show people who leak top secret classified information should be jailed.”

That’s a reference to the suspicious circumstances surrounding Arrington’s recent resignation from the U.S. Department of Defense (DOD) in connection with allegations that she improperly shared classified information. Arrington has said she settled with DOD, although that has yet to be confirmed.

According to court documents, Arrington “disclosed top secret, highly sensitive classified and protected information to unauthorized persons, via electronic means, on an unclassified network, which had the potential to inflict exceptionally grave damage to the national security of the United States.”

Whatever happened, Mace’s campaign has made it clear this issue will figure prominently in the upcoming contest.

Mace’s campaign pointed to a legislative scorecard released by the S.C. Club for Growth in 2018 – when the two female lawmakers served together in the S.C. House of Representatives. On that scorecard (.pdf), Mace received a 98 from the organization while Arrington received a 30 – ranking her among the most fiscally liberal GOP members of the chamber.

“Her record speaks for itself,” Mace said.

Candidates are scheduled to file their paperwork during the final two weeks of March. Primary elections would then be held on June 14, 2022 with runoffs set for two weeks later on June 28, 2022 (in South Carolina, if no candidate receives more than fifty percent of the ballots in a primary race, a runoff election is held two weeks later between the top two vote-getters).


(Via: Katie Arrington for Congress)