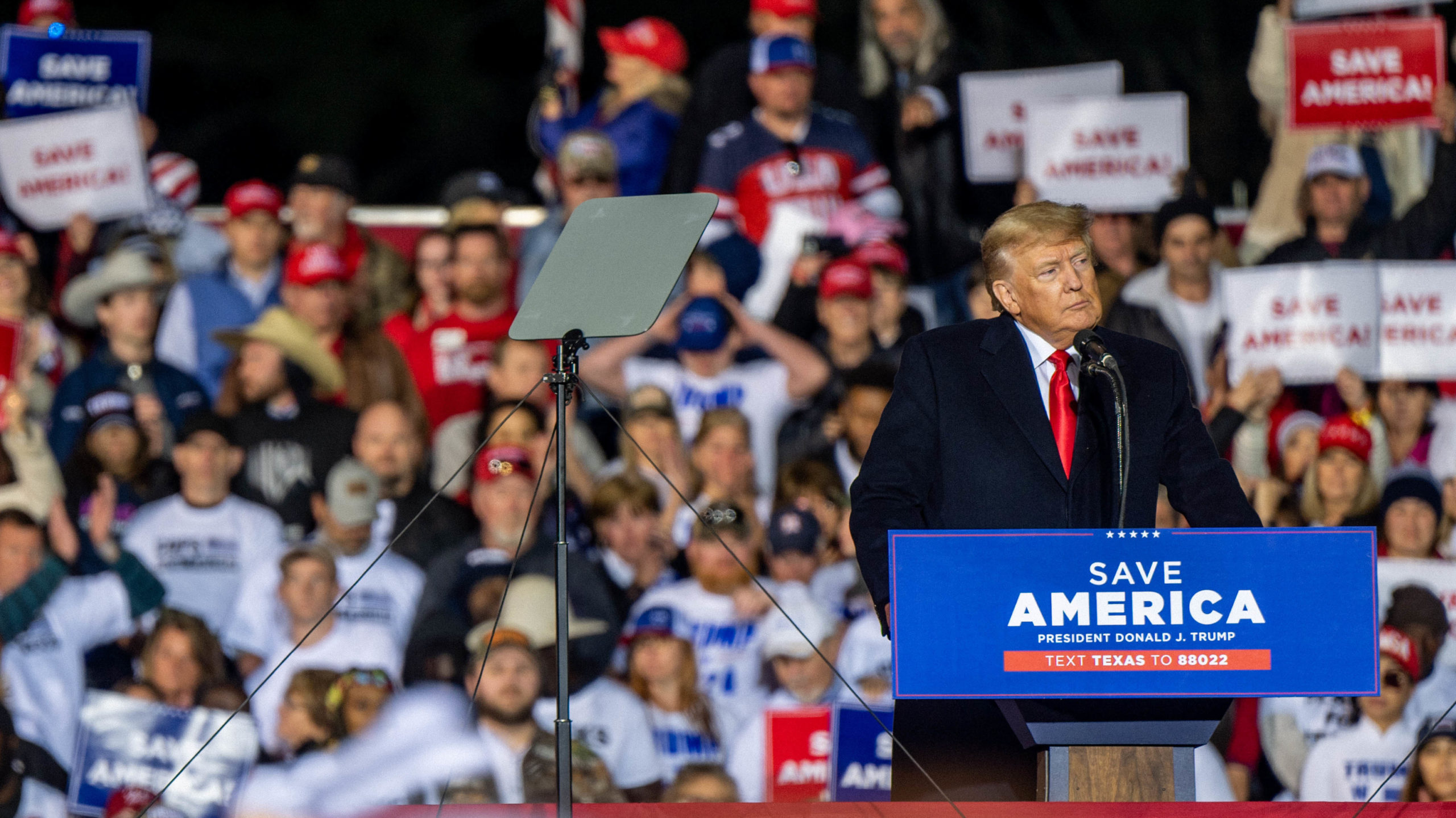 A new survey touted by one of South Carolina’s largest media outlets is downplaying the impact of former U.S. president Donald Trump’s endorsement in a contested “Republican” primary election in the Palmetto State – while elevating his former United Nations ambassador Nikki Haley to the level of a god.

But who conducted the poll? Who paid for it? And why isn’t the media outlet touting its results sharing this important information with its readers so they can judge its authenticity and validity for themselves?

Could it be this survey is just another “push poll” (a.k.a. political propaganda disguised as legitimate public opinion research)?

Of the three challengers, Arrington is considered the most credible considering she narrowly lost a bid for this seat in 2018 – and since she has already received Trump’s endorsement.

Haley has endorsed Mace, but as of this writing she has not endorsed Rice.

Anyway, according to Byrd’s article a “recent poll of 400 likely GOP primary voters” in the first district showed Mace “with a double-digit lead over her primary challengers – even in a head-to-head contest with a Trump-endorsed Arrington.”

Specifically, Mace led Arrington by a 54-25 percent margin without Trump’s endorsement, according to the poll – a lead which shrank to 46-31 percent with Trump’s backing factored in.

The survey was ostensibly conducted between February 9-10, 2022. If true, that means it was already “in the field” (i.e. underway) at the time Trump endorsed Arrington.

Also, the poll “did not quantify what impact, if any, Haley’s endorsement had on the contest.”

That strikes me as incredulous … yet The State made its takeaway from the data abundantly clear.

According to Byrd, “the poll’s findings were shared exclusively with The State newspaper along with its methodology,” although again, she declined to identify who conducted the poll or who paid for it. Nor did she provide any of the details she was purportedly provided as to its “methodology.” The general consensus is the survey was funded by a super political action committee (PAC) supporting Mace in the upcoming election – although it makes no sense why Byrd wouldn’t just come out and say that.


As I noted in a recent “Week in Review” segment, the proxy war between Haley and Trump could go a long way in determining the next president of the United States – or at the very least the next GOP nominee.

As for Haley, she is now “standing in the way of Trump’s efforts to reshape the U.S. Congress … hoping to turn (the first district) congressional race into a referendum on their competing visions for the future of the party,” I noted.