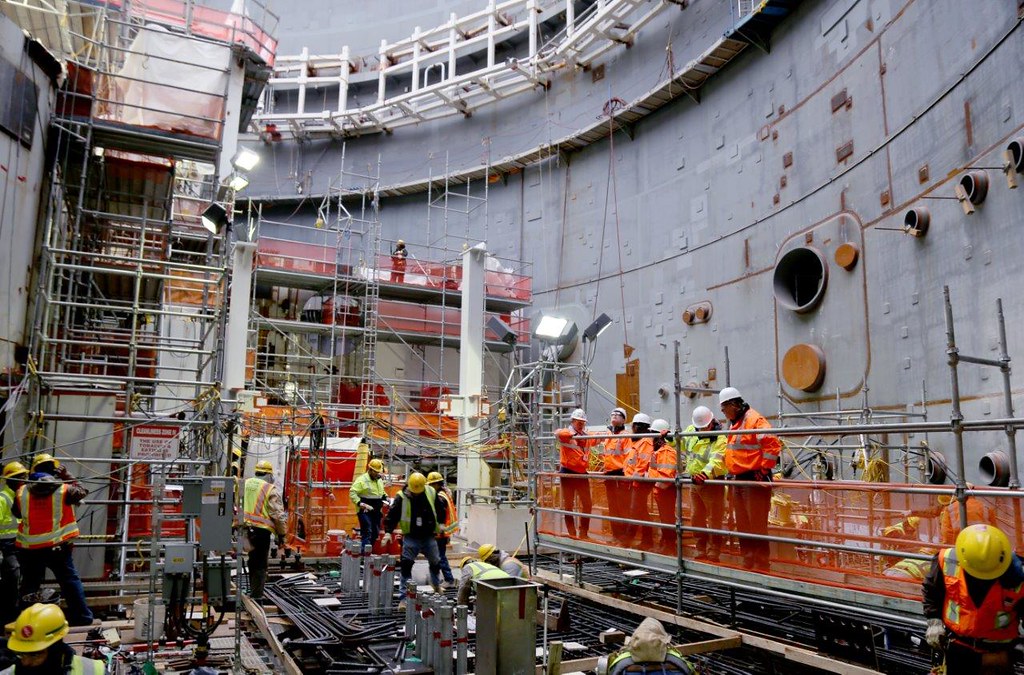 Last month, I penned a pair of detailed updates on the status of Plant Vogtle (a.k.a. the Alvin W. Vogtle electric generating plant in Burke County, Georgia). This multi-billion dollar project – spearheaded by Southern Company – aims to build a pair of next generation, pressurized water reactors (Westinghouse AP1000s) along the Savannah River. These reactors would be capable of providing Georgians, South Carolinians and Floridians with 2,234 megawatts of clean, efficient nuclear power.

Palmetto State residents are intimately familiar with such promises … and with what happens when they are not kept.

A similar project in Jenkinsville, S.C. – one pushed by liberal state lawmakers – collapsed in July of 2017. This command economic debacle – which I christened ‘NukeGate’ – set South Carolina taxpayers and ratepayers back by about $10 billion.

A tab which continues to climb …


One of the architects of this catastrophic failure was Santee Cooper – South Carolina’s atrociously managed government-run power provider. After the collapse of NukeGate, Santee Cooper is relying on Southern and its partners for power … which means it is counting on them to finish Vogtle.

Is that going to happen? Not anytime soon …

In December, Georgia media outlets provided yet another disappointing update on Vogtle. Specifically, “construction quality” issues meant the most recently articulated completion dates for the two reactors – November 2022 for reactor three and November 2023 for reactor four – were both unlikely to be met, according to reporter Abraham Kenmore of The Augusta Chronicle.

The report also accused Southern’s subsidiary – Georgia Power – of misleading regulators as to the status of the reactors.

“Georgia Power has repeatedly misled the public service commission and its staff about the project’s likely cost and schedule and the costs to customers will be extremely high,” the report concluded.

Indeed. The two new reactors are now expected to cost $34 billion, the IEEFA report noted, and be “more than six years late in coming online.”

Were these warnings accurate? Yes. Southern Company announced this week that the first new Vogtle reactor would not come online until March 2023 – a delay which would add another $920 million to the project’s price tag.

According to reporter Kristi E. Swartz, company executives “blamed this new hiccup on paperwork, saying that workers were gathering it to send to federal safety regulators and noticed critical inspection records were missing or incomplete.”


As many as “tens of thousands” of critical documents were missing, Swartz reported – citing Southern CEO Tom Fanning.

“Over the last year a number of challenges including shortcomings, and construction and documentation quality have continued to emerge, adding to project timelines and costs,” Fanning said on an earnings call earlier this week. “In recognition of the possibility for new challenges to emerge, we further risk adjusted our current forecast by establishing a range of three to six additional months for each unit, and we’ve reserved for the maximum amount.”

Yeah … anyone care to guess where this is going?

With Santee Cooper incapable of reforming itself – or getting the power it needs from renewables – Plant Vogtle is literally its last option for meeting the growing demands of its customer base (which includes the state’s network of electric cooperatives).

With each new Vogtle delay, that option grows less certain … and more costly.