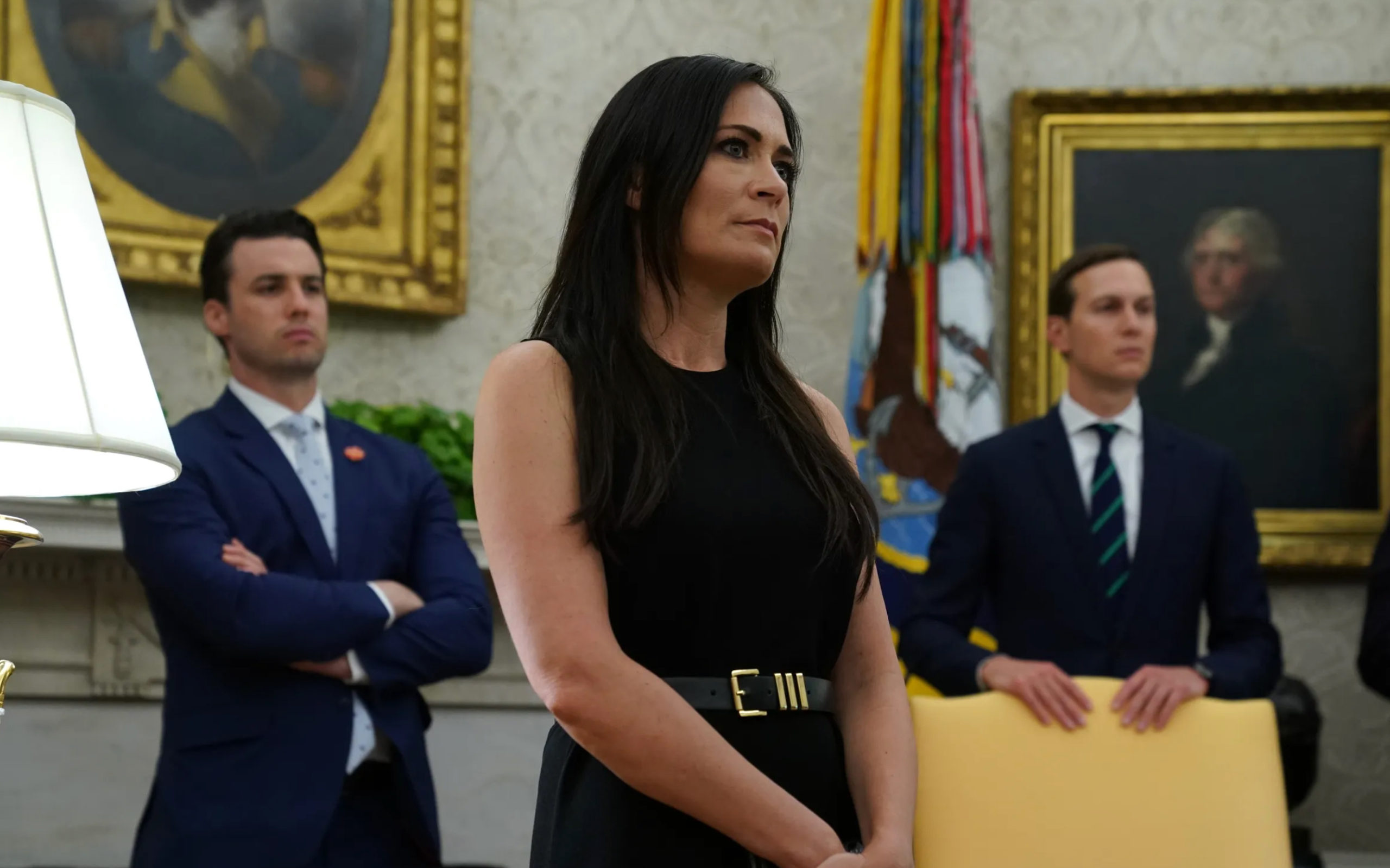 In the pantheon of political memoirs, my guess is former White House press secretary Stephanie Grisham’s volume “I’ll Take Your Questions Now” will be recalled as “un-grippingly pedantic” and “eminently forgettable.” But alas, I am not a dust jacket writer. Nor am I a memoirist.

Grisham, 45, of Colorado, served for a little over eight months as the 32nd White House press secretary, a position she inherited from Sarah Huckabee Sanders. Prior to assuming this post (and once again after relinquishing it) she worked in the office of first lady Melania Trump, although she resigned as Trump’s chief of staff in the aftermath of the January 6, 2021 riots at the U.S. capitol.

Grisham’s book – hailed by Amazon’s version of a dust jacket as “the most frank and intimate portrait of the Trump White House yet” – officially went on sale today. And while its titular inanity is unlikely to do anything to pierce the budgetary consciousness of independent thinkers, its pages do contain some noteworthy excoriations of U.S. senator Lindsey Graham of South Carolina.

Graham – the definitional Washington, D.C. hypocrite – is well-known for his self-serving flip-floppery when it comes to former U.S. president Donald Trump. Like other Palmetto State politicians (ahem), he has been a proverbial weather vane when it comes to the forty-fifth president – although Graham has had the good sense to let others precede him onto the oscillating, metallic gangway.

Also, he was positively obsequious to Trump at a time when the latter needed Graham to push his judicial nominees through the U.S. Senate – and when Graham needed to stave off a credible conservative challenge to his 2020 reelection bid.

“Of all the various characters and hangers-on in Trump World, Lindsey was one of the weirder ones, and that’s saying something,” Grisham wrote. “He seemed almost schizophrenic. Some days he would be one of Trump’s most vigorous defenders; other days he was a harsh critic. People around the president would tell him that he couldn’t trust Graham, but Trump seemed to like him for whatever reason and I often wondered if he sought Lindsey’s approval.”

Graham certainly sought Trump’s approval – or at the very least, he sought access to the former president’s exclusive Mar-a-Lago resort in Florida as well as his Bedminster, New Jersey golf club.


“It struck me that he was using Trump to mop up the freebies like there was no tomorrow (seems that he still is),” Grisham observed. “He would show up at Mar-a-Lago or Bedminster to play free rounds of golf, stuff his face with free food, and hang out with Trump and his celebrity pals.”

Grisham referred to Graham as “Senator Freeloader,” recalling one incident in which the 66-year-old Seneca, S.C. native was gratuitously sponging off of Trump at the latter’s New Jersey club.

“On one occasion, I came across him at Bedminster after he’d kicked out a White House staff member so he could take her room,” she wrote. “Senator Freeloader was sitting at a table by the pool, a big grin on his face, lapping up the goodies he was getting like some potentate. He said to me, with a creepy little smile, ‘Isn’t this great? Man, this is the life.'”

Grisham referred to Graham’s display as “gross and tacky.”

Of course, it is par for the course for this unrepentant warmonger – whom I recently described as a “needy, self-serving and inherently duplicitous politician.” After all, Graham is always up for burning through someone else’s treasure – especially borrowed trillions from U.S. taxpayers.

With him, it’s always “other people’s money,” isn’t it?