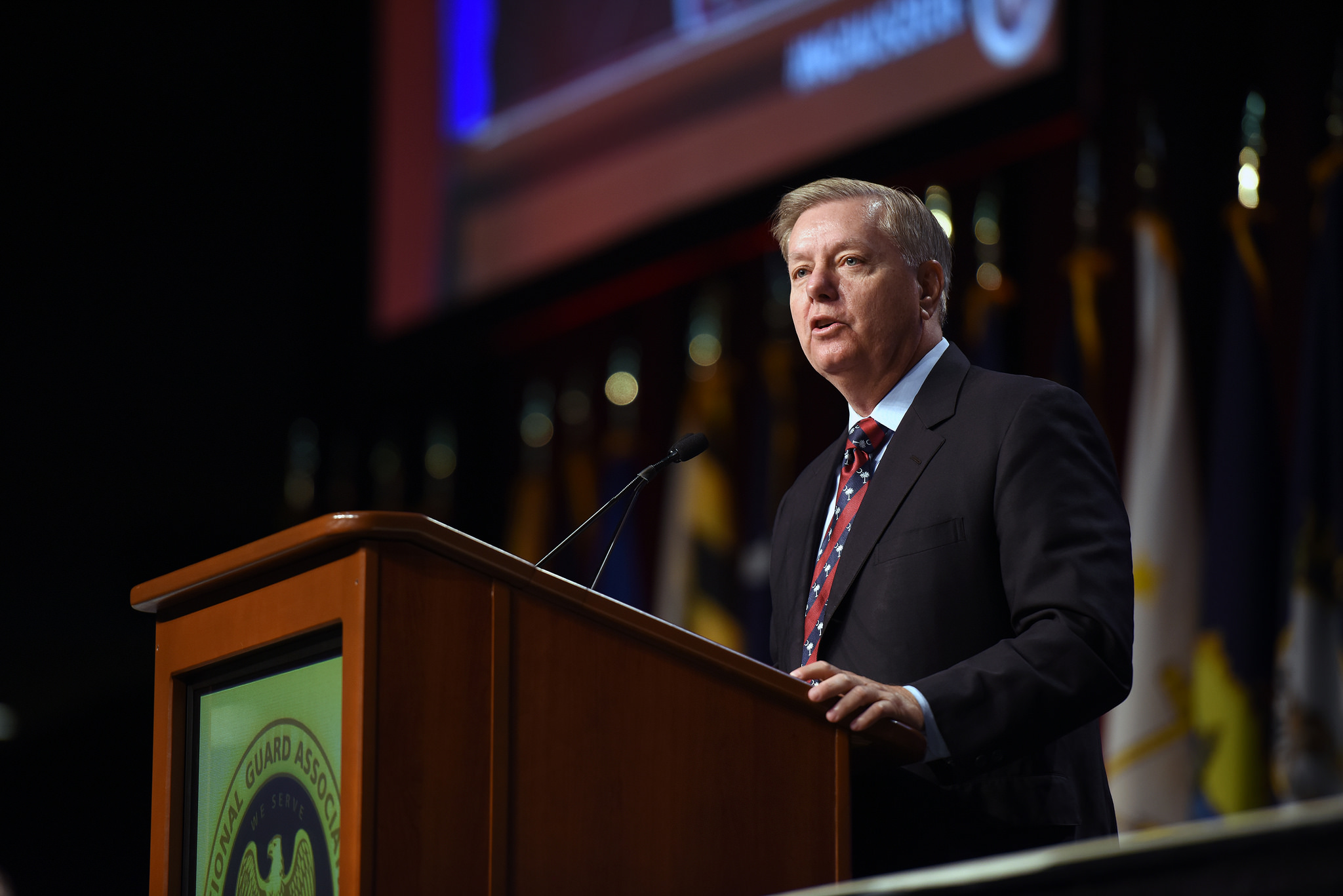 U.S. senator Lindsey Graham not only received an advance copy of the now-discredited Russian dossier against president Donald Trump, he encouraged his longtime ally – the late U.S. senator John McCain – to forward the document to the Federal Bureau of Investigation (FBI) for review.

At the time, Graham was still very much part of the #NeverTrump cabal – believing the incoming president was insufficiently committed to American military misadventures around the globe as part of its ongoing “War on Terror.”

Graham still believes that … although he has cultivated a self-serving “alliance” with Trump ahead of his reelection campaign in South Carolina in 2020.

“John McCain showed me the dossier,” Graham said this week, part of a curious effort to defend the late senator from Trump’s ongoing criticism of McCain’s involvement with this document.

Apparently, Graham would have us believe McCain’s decision to share the document with him – a known Trump enemy – makes the late senator look less guilty?

The discredited dossier – first published by BuzzFeed on January 10, 2017 – was prepared by a British spy named Christopher Steele at the behest of #NeverTrump “Republican” operatives and, later, under the auspices of the presidential campaign of Democratic presidential nominee Hillary Clinton.

Most insidiously, it was used by the FBI to obtain warrants from the Foreign International Surveillance Act (FISA) court – warrants which were in turn used to spy on Trump’s 2016 presidential campaign.

As for the dossier itself, it alleged that Trump engaged in “perverted sexual acts” with multiple prostitutes at the Ritz-Carlton hotel in Moscow.  Among these perversions?  “Golden showers” – a colloquialism for the act of urinating on someone (or being urinated upon) for sexual gratification. These acts were alleged to have been part of an “arranged/monitored” Russian intelligence operation intended to exploit “Trump’s personal obsessions and sexual perversion.”

According to the dossier, Russia had been “cultivating, supporting, and assisting” Trump for more than five years as part of its effort to disrupt the “western alliance.”

Even after this dossier was discredited, many Democrats – including South Carolina’s own Jim Clyburn – continued to parrot its claims in the hopes of bringing down the Trump presidency.

Obviously, this news outlet has grown quite frustrated with Trump of late given his wholesale abandonment of the fiscal conservatism that served as one of the key planks of his 2016 campaign. Still, that does not excuse the behavior of the deep state – which clearly conspired to shut down a legitimate criminal probe of Clinton while initiating an illegitimate one against Trump.

As for Graham? We hope South Carolina voters are not fooled by the casual manner in which he is dismissing his proximity to these machinations. His “alliance” with Trump – sealed in hypocritical opportunism – is exclusively an exercise in self-preservation ahead of the 2020 election.

The only problem? As this dust-up over the dossier demonstrates, there are plenty of reminders out there pointing to his true orientation …