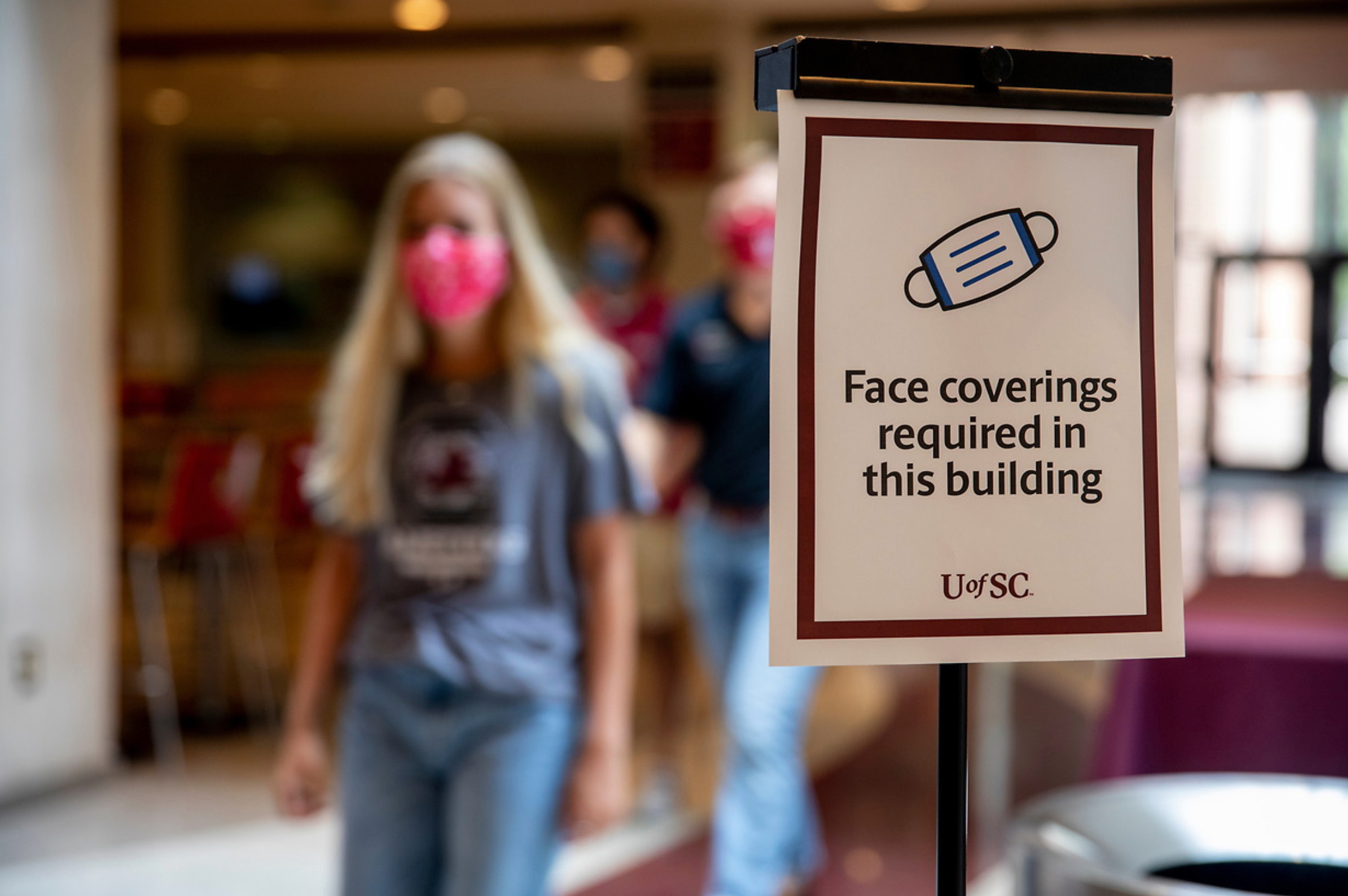 The University of South Carolina can impose a mask mandate on its students, faculty and staff this fall after the Palmetto State’s supreme court ruled – as expected – that lawmakers failed to explicitly ban such a practice at government-supported institutions of “higher learning.”

As this news outlet exclusively reported late last month, South Carolina imposed a mask mandate in response to rising cases, hospitalizations and deaths linked to the delta variant of the coronavirus pandemic. Days later, the school later rescinded this mandate after S.C. attorney general Alan Wilson concluded it was not in compliance with “legislative intent.”

According to Harpootlian, lawmakers took action to prohibit “unvaccinated persons from being singled out to wear a mask on campus” – but did not “prohibit all masking.”

As I noted last week, on this count was “absolutely correct … and as a result, I believe he will win his case against Wilson.”

Having said that, I argued Wilson was absolutely correct in his assessment of the S.C. General Assembly’s intent. Which he was. In fact, the legislative apoplexy which ensued in the aftermath of the school’s decision spoke volumes as to lawmakers’ feelings on the subject.

Unfortunately, lawmakers failed to pass a permanent statute during the 2021 legislative session which definitively addressed this issues. Instead, lawmakers sought to weigh in on mask mandates and so-called “vaccine passports” piecemeal – on a temporary basis.

Specifically, they inserted several provisos – or spending instructions – into the state budget which took effect on July 1, 2021.

One of these provisos – 117-190 – held that state colleges and universities “may not use any funds appropriated or authorized pursuant to this act to require that its students have received the Covid-19 vaccination in order to be present at the institution’s facilities without being required to wear a facemask.”

Led by chief justice Donald Beatty (who has made his views on these issues abundantly clear), the supreme court argued lawmakers were clear in their wording of that particular proviso, but that the language they used did not ban mask mandates.

Instead, he and his fellow justices concluded lawmakers merely forbade taxpayer-funded colleges and universities from discriminating against students on the basis of their vaccination status.

“Because the language of the proviso is clear and unambiguous as to whether the proviso prohibits a universal mask mandate, we need not resort to rules of statutory construction to determine legislative intent,” the justices unanimously declared. “We declare the terms of (the proviso) clearly and unambiguously prohibit a state-supported institution of higher education from discriminating against unvaccinated students, faculty, and staff by requiring them to wear masks.”

However, “the proviso does not prohibit a universal mask mandate.”

Beatty and the other justices declined to give any credence to lawmakers’ statements in support of Wilson’s interpretation, arguing that anything they said after the fact was essentially irrelevant.

“Even if the proviso were ambiguous, we would not consider any post-passage statements by individual legislators or groups of legislators as to the intent of the proviso,” Beatty wrote, adding that “this court must apply the statute according to its literal meaning.”

While Wilson may have lost this round, he is in the driver’s seat in a similar case involving government-run K-12 schools. To recap: Columbia, S.C. mayor Steve Benjamin is attempting to impose a mask mandate at schools within the city limits of the state capital – even though another budget proviso (1.108) held that “no school district, or any of its schools, may use any funds appropriated or authorized pursuant to this act to require that its students and/or employees wear a facemask at any of its education facilities.”

As noted previously, not only does the attorney general have lawmakers in his corner in his battle against Benjamin – but the letter of the law is also on his side.