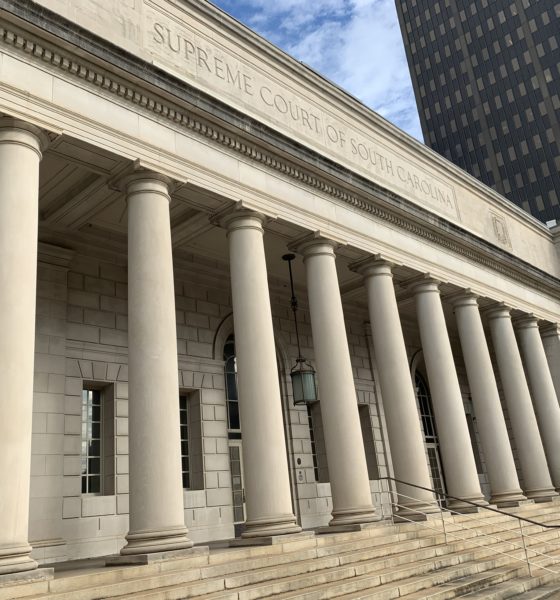 “Employees feel their jobs are being threatened …”

My news outlet received a tip on this situation earlier this month, and over the the last few days I have been able to confirm this information from several employees within the Palmetto State’s court system.

According to these sources, who spoke on condition of anonymity, judicial branch employees are being required to report their vaccination status to the agency’s human resources department – including the dates they received vaccine doses.

Wait … isn’t that a violation of the Health Insurance Portability and Accountability Act of 1996 (a.k.a. HIPAA)?

It certainly seems like it to me … although that would be par for the course in South Carolina state government, wouldn’t it?

According to my sources, a running list of which judicial branch employees are – and aren’t – vaccinated is reportedly being provided to agency leadership. And any names that fall on the “wrong” side of the list are being pushed to get vaccinated prior to an agency-imposed “deadline.”

“Employees feel their jobs are being threatened,” my original tipster noted in a message sent to this news outlet last Wednesday.


Two non-vaccinated judicial branch employees confirmed to me last week that they believe they are being “pressured” and “bullied” into getting the vaccine. Specifically, all three of the employees I interacted with confirmed that chief justice Donald Beatty imposed a deadline of June 22, 2021 for them to report their vaccination status to human resources.

“There are options for not being vaccinated, but if you choose one you must meet with the chief justice,” one source told me.

Covid-19 has all but disappeared in South Carolina, and since my last status report three weeks ago the numbers are looking even better. As of June 11, 2021, the seven-day rolling average of new daily cases stood at 149 – a stunning 97.2 percent decline from the revised peak of 5,238 cases recorded on January 8, 2021. And while testing has indeed declined, the percentage of positive tests now stands at just 2 percent – less than one-tenth of its previous high.

Finally, the seven-day rolling average of new daily deaths linked to Covid-19 and its attendant comorbidities current stands at five (5) – a 95.2 percent decline from its previous high of 106 on February 2, 2021. And while there is some concern the case fatality rate for the virus remains unchanged (stuck at 1.6 percent, at last count), Covid-19 was never as deadly as we were led to believe it was.

These massive declines in key Covid-19 metrics – which outpace similar nationwide declines – have come despite the fact that South Carolina lags behind the rest of the nation when it comes to getting vaccinated. According to the latest data from the S.C. Department of Health and Environmental Control (SCDHEC), 46 percent of South Carolinians over the age of 12 have received at least one dose of a Covid-19 vaccine while 38.9 percent have “completed (their) vaccination.”

By comparison, 52.2 percent of Americans have received at least one dose of the vaccine and 43.1 percent are “fully vaccinated,” according to the latest numbers from the U.S. Centers for Disease Control and Prevention (CDC).

In other words, South Carolina is faring better than the rest of the nation when it comes to the impact of this virus despite being behind the curve on vaccinations.

Does this mean I believe people shouldn’t get the shot? No, not necessarily …

I have had Covid-19 at least once (probably twice) and I got my first shot last month, with my second dose scheduled for later this week. Having said that, I believe there are credible arguments both for and against getting the vaccine – and that every citizen ought to make a decision based on what they believe to be in the best interest of their long-term health.