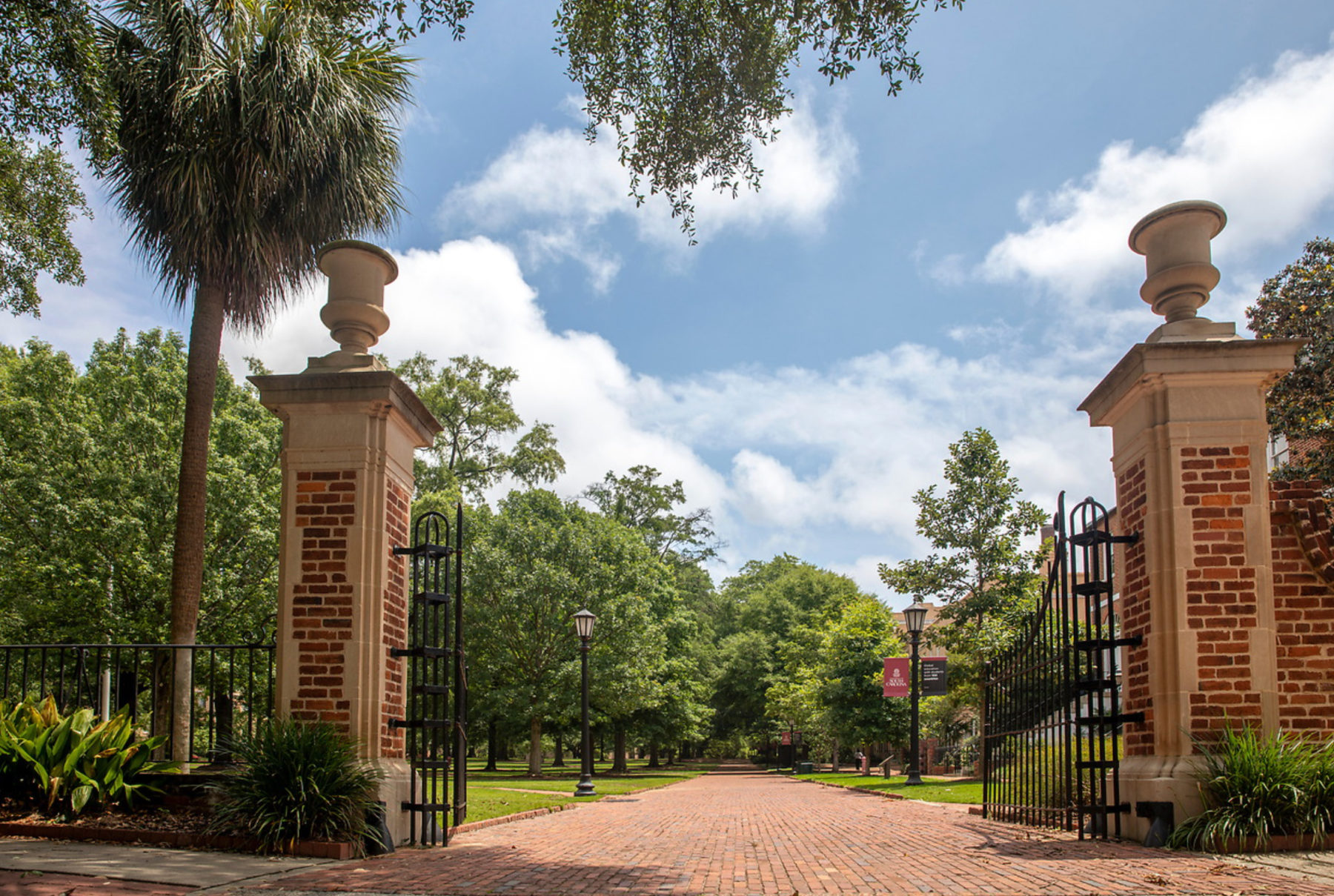 A decision by the University of South Carolina to impose a mask mandate on students, faculty and staff for the upcoming fall semester has set off a torrent of criticism from Palmetto State lawmakers – who just last month approved a state budget containing provisos which expressly forbade such mandates.

The school’s decision – which I reported on exclusively late Friday – is the latest front in a recently reopened battle over the proper societal response to the coronavirus pandemic (and in particular a highly contagious variant of the virus that has caused a spike in new cases and hospitalizations).

“Under the cover of Covid and plunking the strings of fear, the response of power people is to take more power and suppress more of (our) rights arbitrarily,” state representative Bill Taylor of Aiken wrote on his website Saturday. “Those pesky Constitutional rights are of no concern.”

“President Pastides, I’m disappointed that folks like you in a position of authority believe you must have the power to quash personal liberty and choice,” Taylor added. “Command and control from Washington and liberal enclaves like universities have become routine during COVID. ‘Faucites’ always know best and have no problem ordering the sheep to herd on command.”

Taylor wasn’t the only lawmaker who ripped the school …

“I guess I shouldn’t be surprised that the University of South Carolina, (which) ignored state law for years requiring the teaching of the Declaration of Independence and the Constitution, would ignore state law prohibiting mask mandates,” state representative Garry Smith of Simpsonville wrote on his Facebook page over the weekend.

As I noted in my original treatment of this issue, school officials who spoke with me on condition of anonymity last Friday claimed their mask mandate conformed to the state’s requirements because it made “no distinction as to vaccinated or unvaccinated students.” As to the budget proviso explicitly forbidding mask mandates, one school source told me it “applied solely to K-12 schools, not institutions of higher learning.”

Is that accurate? The question is worth exploring because as I noted in a separate story last week, some have questioned the legality of the state’s ban on mask mandates at government-run K-12 schools, too.

Let’s look at the language together, shall we?

First of all, it is important to note members of the “Republican” S.C. General Assembly did not approve any new law governing the ability (or inability) of the Palmetto State’s various political subdivisions to impose mask mandates – or require so-called “vaccination passports.”

Apparently, they had more pressing priorities …

Instead, lawmakers chose to address mask mandates and Covid-19 vaccinations via a trio of budget provisos – or instructions which were included alongside the state’s massive $32 billion spending plan. Budget provisos have the full force of law for as long as the state budget is in effect, meaning they became law on July 1, 2021 and expire on June 30, 2022 – the last day of the current fiscal year.

What did these budget provisos say, specifically?

The first relevant proviso was addressed to the S.C. Department of Education (SCDE). Its text read as follows …

1.108. (SDE: Mask Mandate Prohibition)  No school district, or any of its schools, may use any funds appropriated or authorized pursuant to this act to require that its students and/or employees wear a facemask at any of its education facilities. This prohibition extends to the announcement or enforcement of any such policy.

The second proviso was not addressed to any one particular state agency, although it did specifically reference institutions of higher learning. It read as follows …

117.190.      (GP: Masks at Higher Education Facilities)  A public institution of higher learning, including a technical college, may not use any funds appropriated or authorized pursuant to this act to require that its students have received the COVID-19 vaccination in order to be present at the institution’s facilities without being required to wear a facemask.  This prohibition extends to the announcement or enforcement of any such policy.

Finally, a third proviso addressed to “state-supported institutions of higher learning” dealt with the ability of such institutions to require “proof of Covid-19 vaccination” as a condition of student enrollment. Its text read as follows …

117.163.      (GP: COVID-19 Proof of Vaccination Restriction – Institutions)  For the current fiscal year, state-supported institutions of higher learning that directly or indirectly receive funds appropriated or authorized through the general appropriations act shall be restricted from requiring proof of COVID-19 vaccination for any student as a condition of enrollment, attendance at on campus instruction, or residence on campus.  In instances of off-campus learning events for which third party program providers require proof of vaccination, the third party requirements shall apply.

I’m not a lawyer, but it’s not hard to see how even an intellectually incurious barrister could have a field day with those “edicts.” And while officials with the S.C. Department of Health and Environmental Control (SCDHEC) acknowledged last week that “mask use cannot be mandated per the S.C. General Assembly,” it seems clear to me that none of these provisos came even remotely close to issuing such a statewide ban.

Which is a problem …

First, the provisos specifically address individual state agencies – or in the case of higher education, types of state agencies. Beyond that, the language is substantially less than precise – especially the proviso which addressed mask mandates at colleges and universities.

And while there have been some colleges which clearly ran afoul of the language governing vaccination restrictions … what about the legality of mask mandates?

RELATED | You Think The University of South Carolina Is A Disaster Now?

In his post blasting Pastides, Taylor noted that while the university president was “ignoring the intent and the spirit of the legislatures’ directives,” he was “circumventing” and “parsing” the specific language of the provisos.

The author of the higher education provisos – state representative Stewart Jones of Laurens, S.C. – told me Saturday the General Assembly was clear in communicating its intention and is not about to back down.

“It will be interesting to see if (South Carolina) does the right thing,” Jones told me on Saturday. “If not, we are going to withhold their funding.”

“They are claiming they have a loophole,” Jones added, citing the budget proviso (117.190) which linked mask mandates to Covid-19 testing requirements.

According to Jones, he originally drafted a broad budget proviso which would have definitively addressed both masks and vaccines for K-12 and institutions of higher learning, but “Democrats shot it down.”

“I had to redraft on the fly,” Jones told me.

Does Jones have the backing of his colleagues in the S.C. House of Representatives when it comes to defunding the school? It certainly seems that way … especially after one of my university sources accused lawmakers of “inartfully” addressing these two contentious issues.

“Stewart Jones and ‘artful’ are ships passing in the night – but if the university says they need artful legislation, I intend to channel my inner Keyser Söze and produce as much legislation as they can handle,” one ranking member of the S.C. House ways and means committee told me Saturday, referencing the infamous villain from the 1995 Academy Award-winning film The Usual Suspects.

“It’s coming their way,” the lawmaker added. “And you know what they say, practice makes perfect.”

“When we’re gonna do to them is going to feel like the Taliban in Tora Bora,” they lawmaker concluded, referencing the famous battle in the War on Terror. “Tell them the B-52s are coming.”

University sources told me they were undeterred, pointing out lawmakers have previously talked tough toward the school .. but failed to make good on any of their threats.

Is that an accurate assessment? Yes.

“Keyser Söze? Try Keystone Kops,” one source affiliated with the school’s leadership told me, asserting lawmakers were both unwilling – and unable – to go toe-to-toe with leaders at the state’s “flagship” institution.

by Will Folks
Will FolksSeptember 22, 2021September 28, 2021
South Carolina Politics