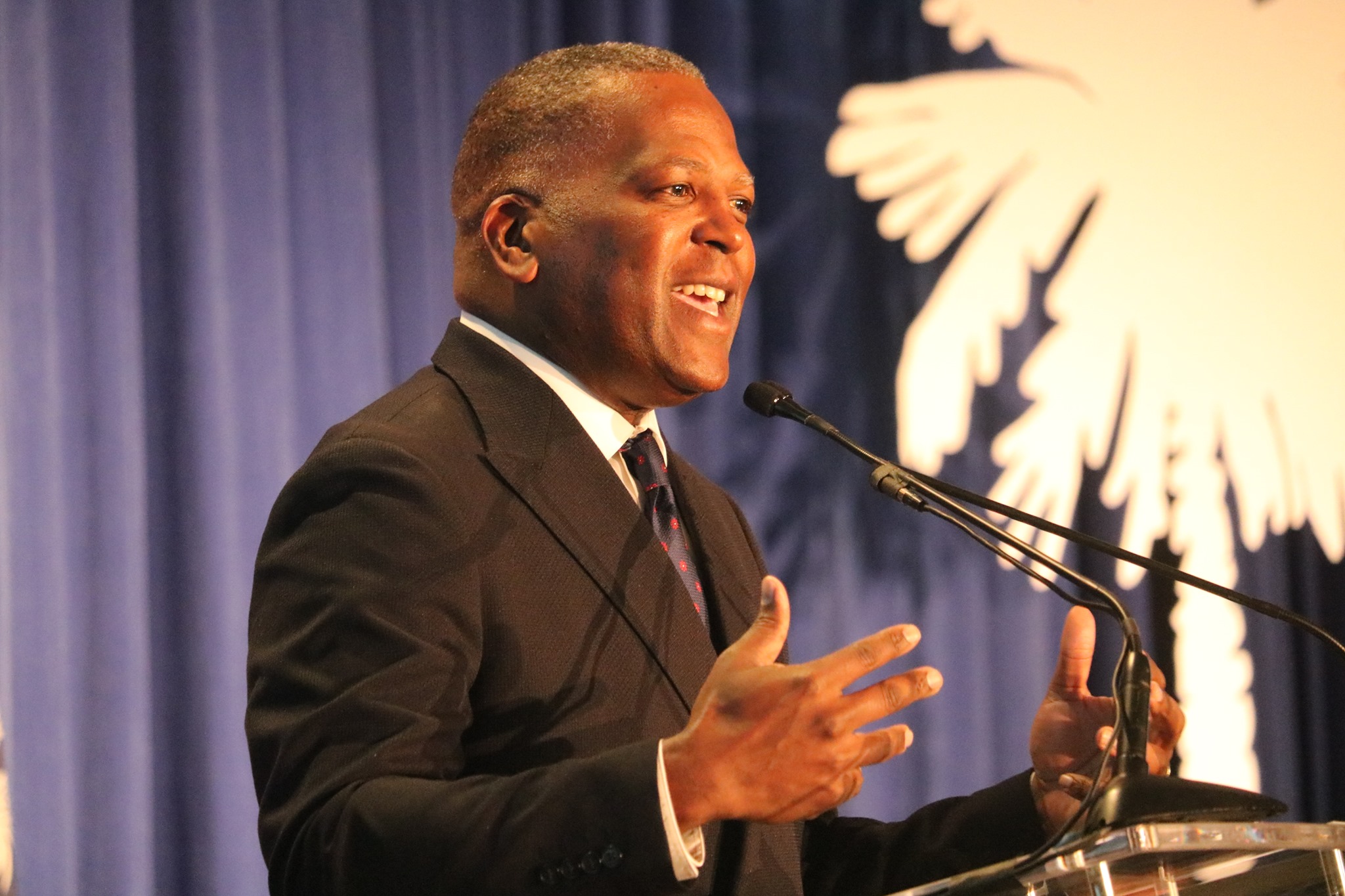 City of Columbia, South Carolina mayor Steve Benjamin caused quite a stir last week when he traveled to the S.C. Association for Justice (SCAJ)’s annual convention at the Marriott Resort and Spa on Hilton Head Island. Benjamin was photographed in close quarters with several prominent Palmetto State attorneys while not wearing a mask – which struck some as hypocritical given his advocacy on behalf of a mask mandate in the Palmetto State capital.

I didn’t take the bait on the Benjamin photos, noting that the liberal mayor was outside at the time they were taken – and that his proposed mandate (while violative of state law) does not apply to outdoor events.

Benjamin’s mask mandate is problematic for other reasons, though …

For starters, it demonstrates the extent to which Benjamin continues to alienate himself among members of the S.C. General Assembly – people whose support he will need in his capacity as a newly minted registered lobbyist for Prisma Health, the Palmetto State’s largest private health care provider.

“It’s just another ‘screw you’ to the legislature,” one lawmaker told me over the weekend, rattling off a list of recent issues between Benjamin and state lawmakers. “Does he not realize he needs us?”

Benjamin was already having a disastrous year with state lawmakers before deciding to thumb his nose at their recent mask mandate ban.

In February, the left-leaning municipal leader adopted a scorched earth policy in an attempt to get his wife – DeAndrea Benjamin – appointed to a seat on the S.C. court of appeals.

That effort failed dramatically – earning Benjamin scores of new enemies in the process.

Last month, Benjamin again infuriated state lawmakers by talking trash about them after they appropriated $9 million toward an expansion of Columbia’s downtown convention center.

Hold up … they gave him money and then he dogged them out?

That’s correct: The liberal mayor was upset because lawmakers failed to appropriate $26 million to the convention center. According to Benjamin, the amount appropriated was “wholly irresponsible and detrimental to the economic fortunes of the Midlands.”

As I reported, though, neither Benjamin nor his fellow convention center allies ever requested an audience with S.C. House ways and means chairman Murrell Smith to discuss the project. In other words, they never made the case for this appropriation – which aims to put taxpayers on the hook for a major funding gap in the proposed project.

Still, it was Benjamin’s decision to flout the mask mandate ban last week that appears to have been the proverbial straw that broke the camel’s back with state legislators. In fact, several of them have reached out to me in the intervening days to let me know the mayor is no longer welcome in their offices.

“It’s hard to lobby from the other side of the door,” one ways and means committee member told me over the weekend. “And he’s never coming through my door again.”

As the mask battle heats up, lawmakers have made it clear they stand with South Carolina attorney general Alan Wilson – who is expected to issue an opinion later this week concluding Columbia’s mask mandate is violative of state law. Wilson has previously opined that a mask mandate imposed – and later rescinded – by the University of South Carolina also ran afoul of state law.

“We have his back on this,” one legislative leader told me on Monday, referring to Wilson’s anticipated ruling.

According to a temporary regulation (or “proviso”) passed as part of the fiscal year 2021-2022 state budget, government-run schools are explicitly forbidden from imposing mask mandates on students. Benjamin is openly flouting this ban – seeking to impose just such a diktat on nearly four dozen elementary and middle schools within the city limits in response to rising cases of Covid-19.

While the wording of several other provisos related to mask mandates and Covid-19 “vaccine passports” is maddeningly muddy, the one which applies to government-run schools is singularly unambiguous.

“No school district, or any of its schools, may use any funds appropriated or authorized pursuant to this act to require that its students and/or employees wear a facemask at any of its education facilities,” the proviso (1.108) stipulates. “This prohibition extends to the announcement or enforcement of any such policy.”

Nonetheless, Benjamin has already doubled down on his decision.

“We are prepared to fight it all the way to the U.S. supreme court,” the mayor said at a press conference last week. “That’s how strong we believe in it.”

Good luck with that, Mr. Mayor … oh, and good luck getting anything done on behalf of your lobbying clients at the S.C. State House.

You are going to need it …

Attorney To Richland One: Closed Meeting On Board Member’s Resignation Violates FOIA