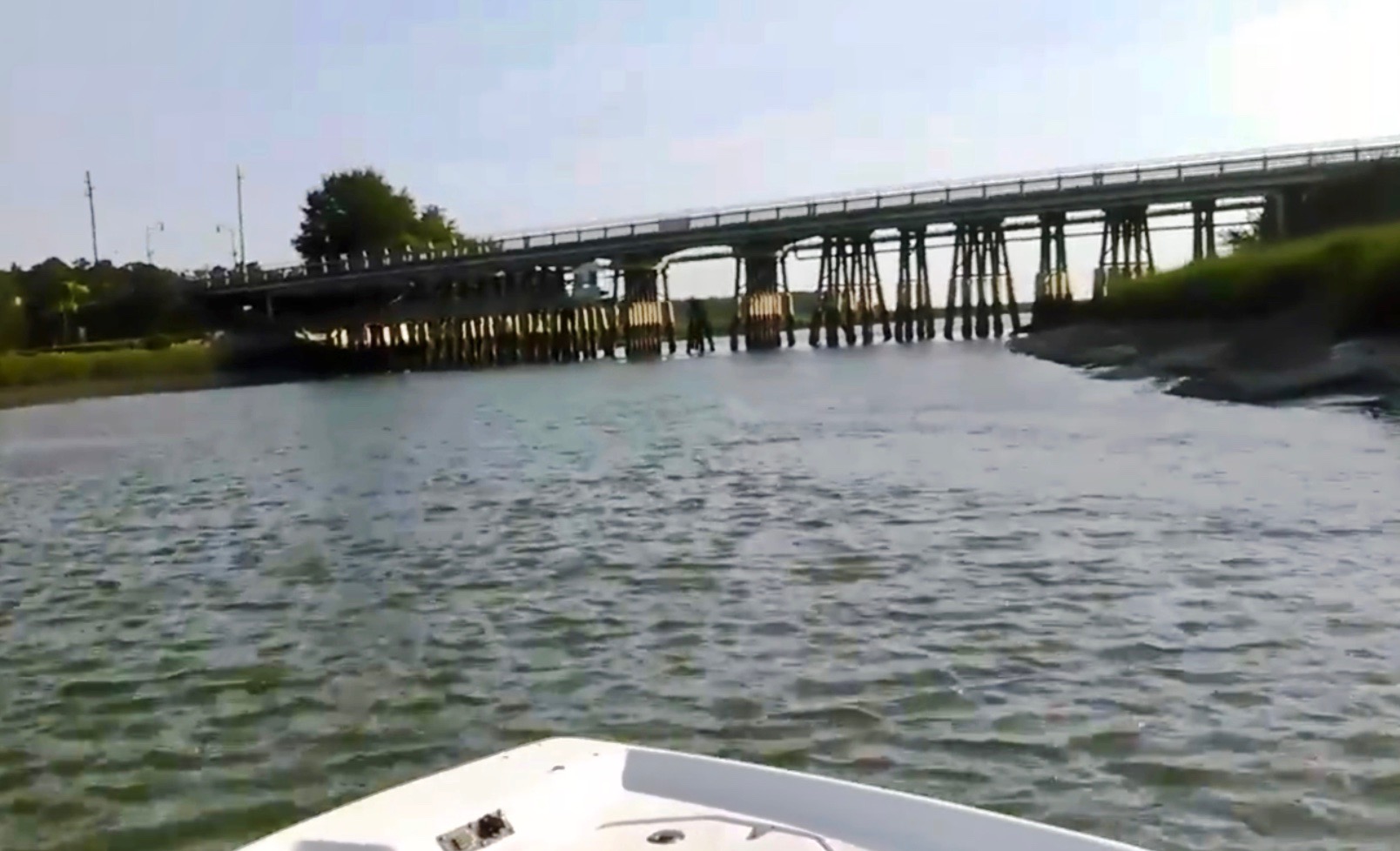 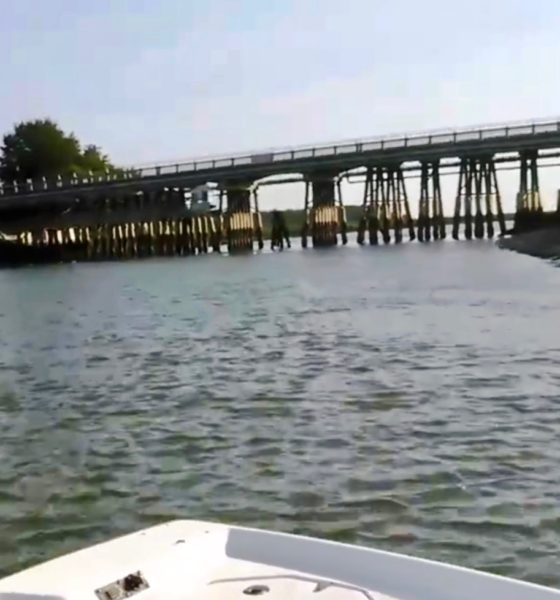 Earlier this week, I submitted what I thought would be a routine Freedom of Information Act (FOIA) request to the office of South Carolina attorney general Alan Wilson. This request sought all records related to the office’s work in connection with a February 2019 boat crash in Beaufort county which killed 19-year-old Mallory Beach.

Why did I think such a request would be routine? Because following this Monday’s shocking double homicide in Colleton county, the criminal defendant in this case is no longer alive.

As my news outlet exclusively reported on Tuesday, 22-year-old Paul Murdaugh – who was facing three felony boating under the influence (BUI) charges in connection with this fatal boat crash – was murdered on the evening of June 7, 2021 along with his mother, 52-year-old Maggie Murdaugh.

Theories abound as to what may have happened to the Murdaughs, but as of this writing agents of the S.C. State Law Enforcement Division (SLED) have yet to make any arrests in connection with the crime. Similarly, they have not announced that they are seeking any individual suspect(s) – nor have they made any sustained, high-profile appeals to the public for information pertaining to the case. Oh, and they have consistently maintained from the very beginning that there is “no danger to the public.”

All of which is worth bearing in mind …


Still, four days after the murders were committed there remains no definitive law enforcement narrative as to what transpired shortly after 9:00 p.m. EDT on Monday at “Moselle” – a hunting property owned by Maggie Murdaugh which straddles the line between Colleton and Hampton county in the Palmetto Lowcountry. All we know for certain is that two people lost their lives there in particularly violent fashion – and that an infinite number of possibilities is fueling rampant speculation across the Palmetto State as to their fate.

First, though, back to the aforementioned FOIA …

Given Paul Murdaugh’s death, I presumed the attorney general’s files on the boat crash investigation – which drew statewide headlines for months given the prominence of this influential family – would be made available to the public.

After all, the boat crash case is now closed – right?

Surprisingly, though, these files are not being released …

“At this point, we cannot release the information you requested because the investigation into that incident is still open,” Wilson’s spokesman Robert Kittle told me.

Readers will recall that earlier this week, sources familiar with the double homicide investigation confirmed that R. Alexander “Alex” Murdaugh – Paul’s father and Maggie’s husband – was a “person of interest” in connection with the Moselle shootings.

Apparently, one of the reasons for this is that Alex Murdaugh was already on investigators’ radar …

As I have repeatedly noted, Murdaugh is said to have provided SLED with an “ironclad” alibi for his whereabouts at the time of the killings on Monday evening. Specifically, he is said to have been paying a visit to his dying father. Also, sources close to the Murdaugh family have insisted that Alex Murdaugh is “not a suspect” in connection with the murders – and that he has been “cooperating fully” with SLED.

Nonetheless, Murdaugh was brought in for questioning by SLED agents on Thursday afternoon, multiple sources familiar with the investigation told me. An attorney close to the Murdaughs insisted this meeting was “just to tie up some loose ends” – providing an opportunity for Alex Murdaugh to provide agents with answers to a few “open-ended questions” regarding the slayings of his wife and son.

“They are closing the book on him as any sort of suspect,” an attorney close to the Murdaugh family said.

Is that accurate? We shall see …

My law enforcement and prosecutorial sources declined to discuss the nature of SLED’s conversation with Alex Murdaugh on Thursday afternoon, but they also made it abundantly clear they were not endorsing the characterization of the discussion that was advanced by the pro-Murdaugh attorney.

If anything, they hinted that I should exercise caution in accepting that view …

While Alex Murdaugh’s status in connection with the double homicide investigation remains very much up in the air, I have been able to definitively confirm that he is one of several people who is currently being looked at in connection with the ongoing investigation into the February 2019 boat crash – specifically as it relates to actions that may have been taken in the aftermath of this fatal accident.

Specifically, there is reportedly “credible evidence” that efforts may have been undertaken in an attempt to obstruct justice in that case. Details were not immediately forthcoming, but I am reliably informed that there is an open inquiry into the fallout from the boat crash – an inquiry which involves Alex Murdaugh and possibly other members of his powerful family.

Incidentally, the news that Alex Murdaugh is tied to the ongoing boat crash inquiry is yet another reason why I believe current S.C. fourteenth circuit solicitor Duffie Stone ought to recuse himself from the double homicide case – given his clear conflicts and connections between his investigators and the Murdaugh family.

In fact, a recent report by The (Charleston, S.C.) Post and Courier included pictures of Stone’s investigators conversing on the crime scene with a member of the Murdaugh family – Alex’s brother John Marvin Murdaugh – although the paper’s reporters failed to make that connection.

It is not immediately clear whether Stone is heeding my counsel to recuse himself (as he did in the boat crash case) … however, I am told by my law enforcement sources that he is reportedly “backing off” of the double homicide inquiry.

Three generations of Murdaughs served as fourteenth circuit solicitor from 1920-2006, and two Murdaughs -including Alex Murdaugh – work for the prominent Hampton, S.C. law firm of Peters, Murdaugh, Parker, Eltzroth and Detrick (PMPED). Another family member – former solicitor Randolph Murdaugh III – passed away on Thursday after a long battle with cancer.

He also worked for PMPED.

Stay tuned for much, much more on this story … my news director Mandy Matney and I have been covering the boat crash investigation (and its legal fallout) for the better part of two-and-a-half years. We look forward to continuing to cover this probe, as well.