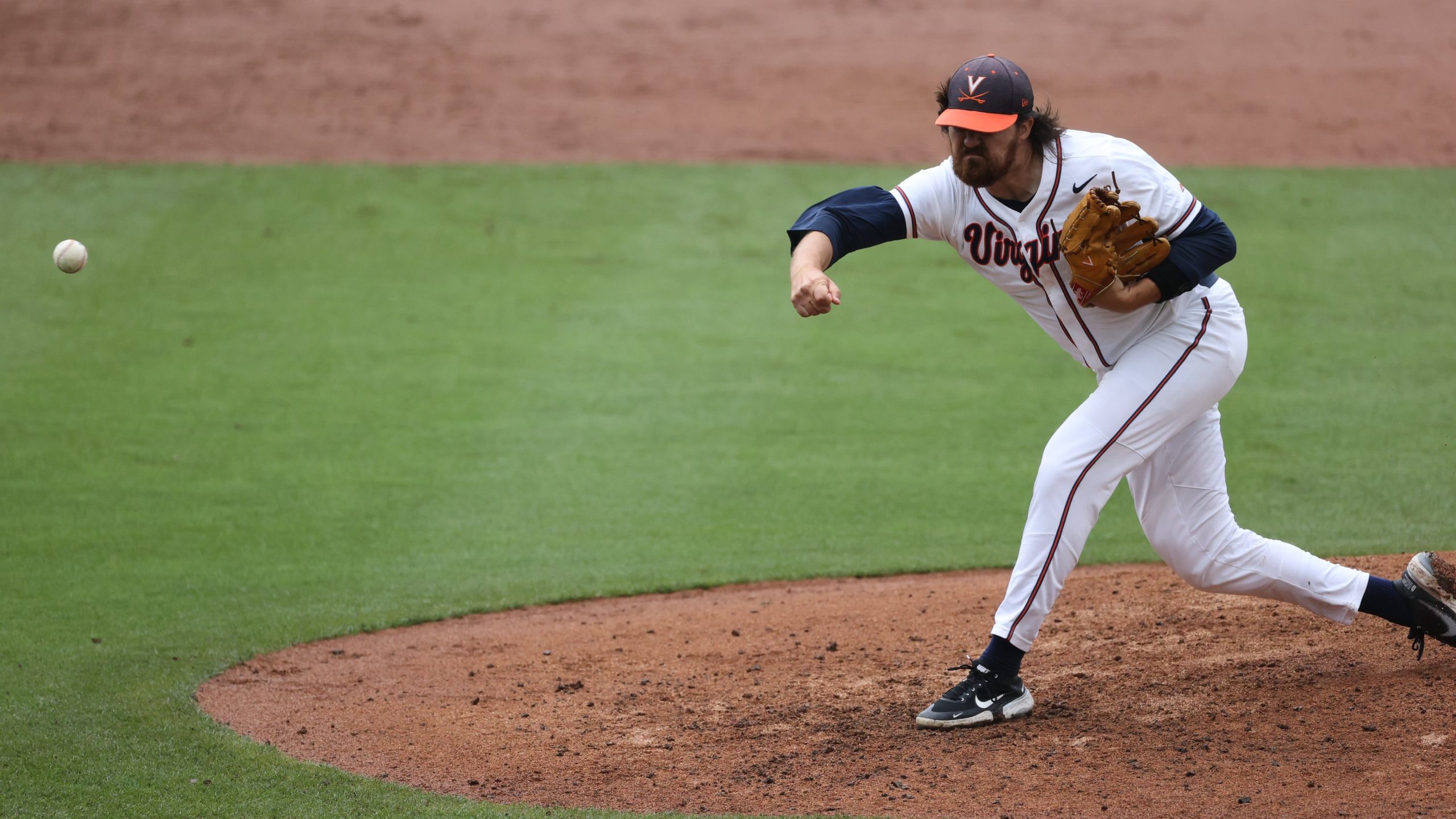 In case you haven’t noticed from all the different hat pictures at the end of my articles, I am a huge baseball fan. And while I mostly cover politics, sometimes these streams cross – although I confess to becoming a bit ornery whenever our national pastime gets politicized.

If you take out the politics, though (and the steroids and the labor disputes), baseball is purity …

“Baseball belongs to us – as a country,” I wrote earlier this year. “It is, after all, our pastime. America’s pastime. Not a game or a sport, but an originating stitch in the intrinsic fabric of what was once a worthy and well-moored national consciousness.”

Poetic, huh? Of course, while I thought I was an eloquent advocate for the pastime – it turns out I’ve got nothing on a senior relief pitcher for the University of Virginia baseball team.

Stephen Schoch (pronounced “SHOCK”) gave one of the greatest interviews I have ever seen after pitching two and a third scoreless innings to eliminate the University of South Carolina baseball team from the Columbia, S.C. NCAA regional last weekend.

Schoch – a 6-foot-5, 235-pound right hander from Laurel, Maryland – struck out five of the eight Gamecock batters he faced en route to earning his eighth save of the season.


Certainly, I was incredibly disappointed that my alma mater got bounced (again) from the postseason, but Schoch’s postgame interview made it worth it … well, almost worth it.

“You walk into a stadium – 8,000 people, they all want you to lose – but as long as you got your twenty-six guys ready to kick ass, err, kick butt, you’re going to be alright,” Schoch told the ACC Network after the game.

“Sorry I sweared,” Schoch apologized. “I shouldn’t have sweared.”

This is where things started to get really interesting …

Asked to describe his emotions during the ninth inning of Virginia’s victory over South Carolina, Schoch delved into a discussion about rising inflation, Dippin’ Dots ice cream and the economic calculus associated with a free ice cream offer he received.

“I heard a fan offer free Dippin’ Dots if I blew it, which the price of Dippin’ Dots with inflation is just unreal,” Schoch said. “So, for a brief moment, I was like, ‘Damn, Dippin’ Dots sound good.’ But also I thought in the back of my head, we win today, we win tomorrow – err, tonight – we’re gonna be here another day. That’s more per diem. So that means I can buy my own Dippin’ Dots and be a winner.”

While his Dippin’ Dots remark has turned Schoch into an internet sensation, the rest of his interview was just as quotable.

“I’m gonna go out, I’m gonna attack,” Schoch said of his approach to pitching. “I think three words every time I’m out there. The first one’s a swear word – starts with an ‘F.’ Second one’s ‘attack.’ Third one’s ‘win.’ I just repeat that to myself.”

Asked if anything made him nervous, Schoch paused to reflect before responding “caves, mainly.”

Looking over his shoulder at the flat plain bordering the Congaree River in downtown Columbia, S.C. adjacent to Founders Park, he added “I don’t see any caves out here.”

Ha! I get the Kenny Powers comparison, but this guy strikes me as more of an unfiltered Nuke LaLoosh.

Well, until the interview took a turn to the philosophical …

“This is just a game, there’s gonna be way harder things in life than striking out the side or not walking somebody, so, I don’t really get too caught up in all the jibber-jabber and all the mean things people might say to me,” Schoch said. “I think I’m a cool guy. My dogs think I’m awesome. My teammates like me. My friends like me.”

Here is the full clip …

Hats off to you, Stephen Schoch. America needed that.

Oh, and hopefully U.S. president Joe Biden will get to work on that pesky inflation issue … but based on the $6 trillion budget he submitted last month, I wouldn’t bet on it.

For those of you keeping score at home, Virginia faces Dallas Baptist University at 12:00 p.m. EDT on Saturday at Founders Park in Columbia, S.C. in the first game of their head-to-head super regional matchup. The winner of that best-of-three series will earn a trip to Omaha, Nebraska to play in the College World Series (CWS).

As for Gamecock baseball? Head coach Mark Kingston’s team will adhere to the time-honored maxim of South Carolina athletics under Ray Tanner and “wait ’till next year.”

Finally, here’s a hat tip to my friend and fellow baseball aficionado Tom Davis for sharing the clip of Schoch’s interview with me …