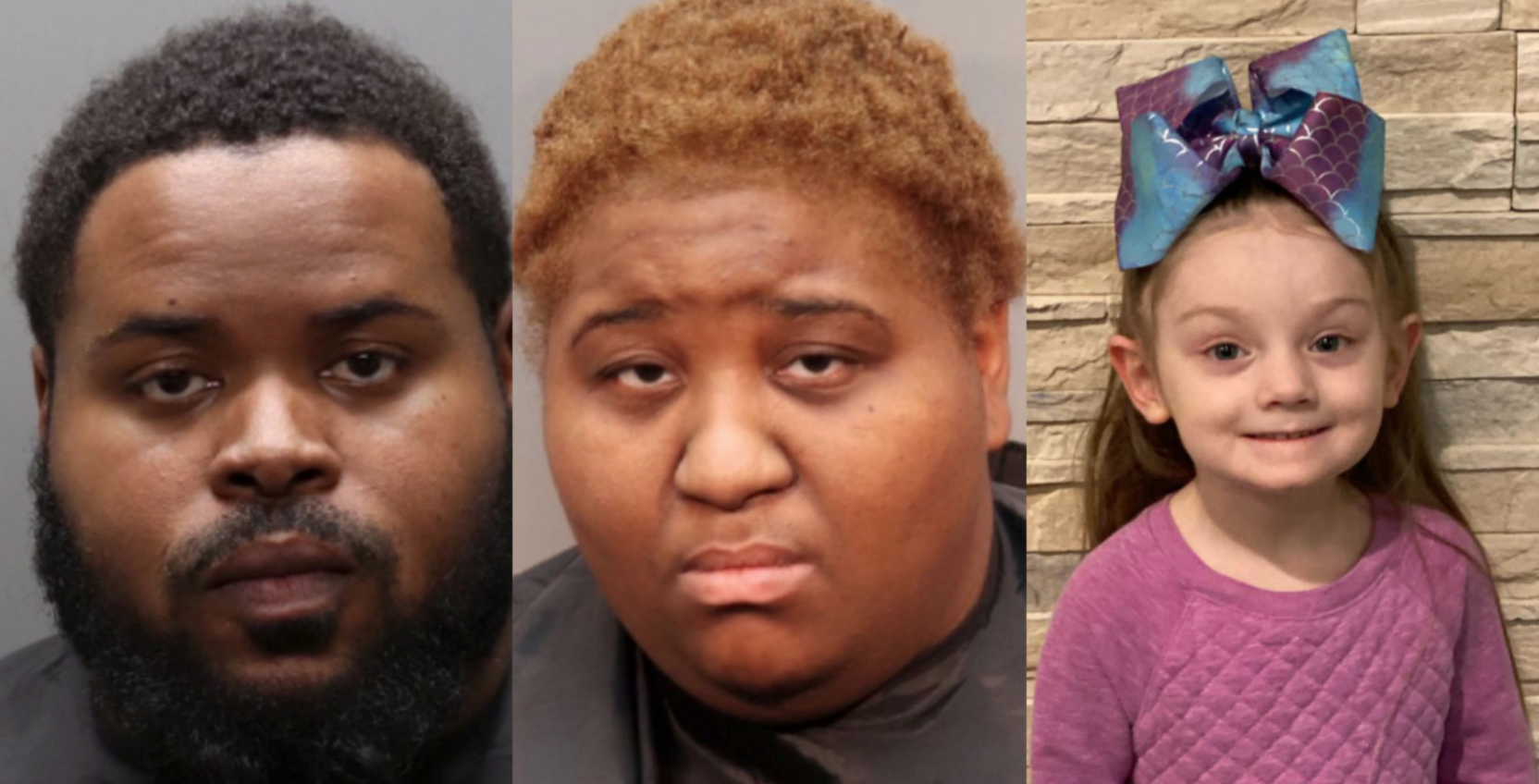 The Simpsonville, South Carolina foster father accused of killing 3-year-old Victoria ‘Tori’ Rose Smith will appear in court this week for a bond hearing, according to the 13th Judicial Circuit Solicitor’s Office.

Jerry Robinson is charged with homicide by child abuse in the January 14 murder of his foster daughter Victoria “Tori” Rose Smith in Simpsonville, South Carolina. The Robinsons were scheduled to adopt Victoria on January 19 — the day they were charged in her murder.

Jerry Robinson’s attorney Lucas Craig Marchant has requested a $50,000 surety bond for his client, according to court records.

The hearing will take place more than two months after Ariel Robinson was denied bond. Ariel’s attorney requested a $40,000 bond.

In Ariel Robinson’s court hearing, assistant solicitor Christy Sustakovitch revealed several bombshells in the case — including the fact that it appeared that Jerry Robinson turned on his wife after they were arrested in Victoria’s murder.

Jerry Austin Robinson, 34, told authorities he had never hurt Tori, according to Sustakovitch. He said Ariel Robinson beat the 3-year-old with a belt, paddle, and other objects.

Ariel Robinson’s husband said he was outside when the beating occurred on January 14, but when he came inside and saw Tori’s body, he looked at his wife and said “you’ve gone too far.”

Jerry Robinson said that they bathed Tori in epsom salts and he went to the store to get medicine for the bruising around 1 p.m. before he returned and called 911, according to his statement to authorities.

Jerry Robinson placed the chilling 911 call around 2 p.m. on January 14. He said his daughter drank a lot of water and they were trying to do CPR on her.

First responders said Tori’s body was covered in deep bruises and abrasions, according to the prosecution.

Victoria “Tori” Rose Smith was pronounced dead at the hospital on January 14. The medical examiner said she died of blunt-force trauma.

When police questioned Ariel about the bruises all over Tori’s body, Ariel blamed Tori’s biological brother and said he had anger issues. The police found this to be false after speaking with the boy’s principal.

Victoria’s foster parents were arrested 5 days after her death on January 19.

Assistant solicitor Christy Sustakovitch, who specializes in crimes against children cases, is prosecuting the case.

Judge Letitia Verdin — the same judge from Ariel Robinson’s hearing — will preside over the hearing Friday. Bond hearings start at 9:30 a.m. Friday in Greenville County court. This hearing will not be virtual.

Verdin has worked in the 13th Judicial Circuit for nearly two decades. For years, she worked as a prosecutor and specialized in child abuse and neglect cases.

More than 42,000 people have signed a petition asking state lawmakers to reform the scandal-scarred agency of SCDSS.

While DSS told WSPA 7News in March that the Robinsons background check “revealed no indication they would kill a child in their care,” many people, including Tori’s biological family, disagree.

There were several red flags with the Robinsons — starting with their money problems.

SCDSS offers a monthly adoption assistance stipend for families — meaning the Robinsons would have been getting around $1,800 a month (enough to cover their house payment) for Tori and her two brothers.

FITSNews previously spoke to Ariel Robinson’s friend “Jill” who said it was apparent SCDSS wasn’t paying close attention to the Robinsons — who were fostering Tori and her two brother since March 2020.

“I wonder how it would have played out with the foreclosure and the adoption hearing taken place,” Jill said. “I wonder if DSS isn’t doing thorough financial checks before allowing adoptions to happen. There are just so many questions regarding the system and if people are being checked thoroughly before being able to foster/adopt.”

On her social media accounts (that have since been deleted), Ariel Robinson looked like she had it all. She had the house, the husband, the five kids — snd she was suddenly struck with 15 minutes of stardom, and some fast cash ($25,000) after her Food Network reality TV win in August.

Ariel appeared to be milking her fleeting reality TV fame for whatever it was worth. She posted to her social media accounts several times a day and hosted a weekly podcast with her husband, who seemed to be the quiet one in the relationship.

Looking back now on Ariel’s social media, Ariel’s childhood friend remembers thinking that something was off.

“Literally just about everyday, you saw a post about Tori,” Jill said. “I always found it odd she always posted Tori and rarely posted the boys, and if she did, it was all four boys together never just Tori’s brothers.”

Like so many others who are now combing through Ariel’s social media accounts looking for clues, Jill also noticed how often she “joked” about Tori in a way that seemed spiteful.

On social media, Ariel often referred to Tori as “the threenager.” Ariel said on her podcast that Tori acted older than her age and “had an attitude.” She also called Tori an “evil genius.”

“Now, knowing what went on, it’s extremely disturbing and makes me wonder if those ‘jokes’ were actually the truth and not jokes at all,” Jill told FITSNews.

In one of those her standup routines Ariel Robinson joked about threatening to punch her child in the throat while social workers visited her home during the adoption process (see video below).

Jerry and Ariel Robinson both face life in prison for the homicide by child abuse charge.

This story is developing… FITSNews has requested for more details in the bond hearing..Check back for updates…