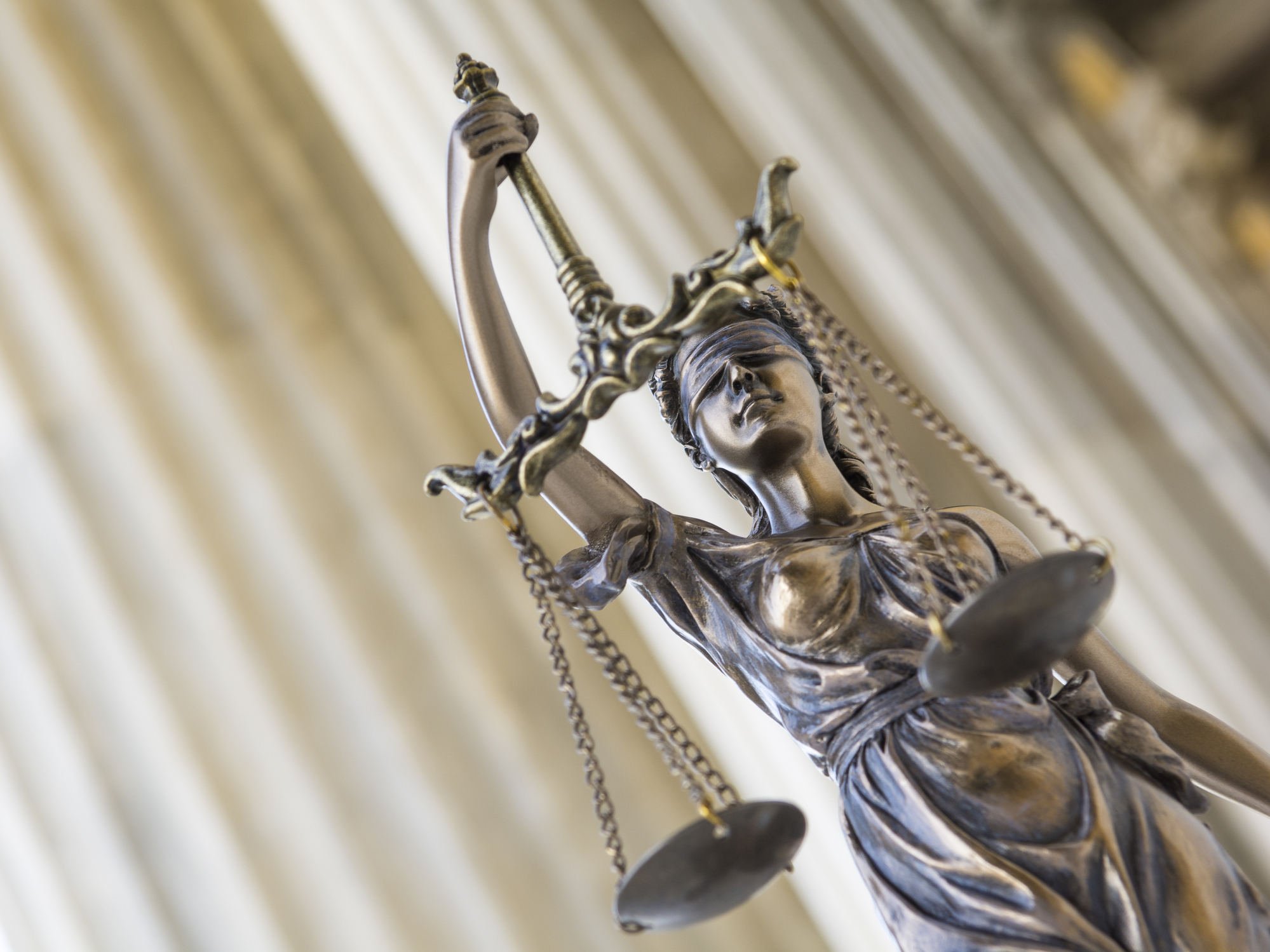 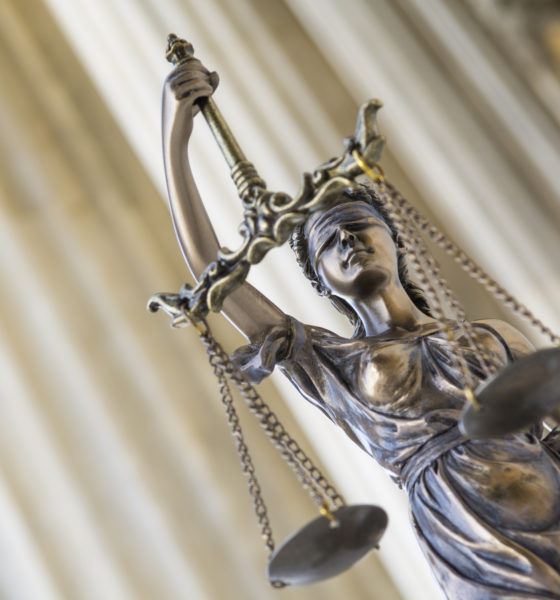 Should the Palmetto State reform its system of judicial circuits?

One of the biggest problems with the state of South Carolina is that nothing is ever really reformed … let alone fundamentally reimagined. State government and its myriad subdivisions operate from one year to the next with blinders on, doing what they have always done.

The only thing that changes? The price tag …

Each year, more money is plowed into the same maze of bureaucracies … with no one ever bothering to stand in front of the gravy train and ask, “What are we trying to do?” or “Why are we going about it this way?” or “Isn’t there a better way to do it?”

Certainly no one ever asks the most important question … “Should we be doing this in the first place?”

Structural reform and budgetary reform are rarely discussed, let alone proposed or adopted. And you can forget about reductions in the size and scope of government. Seriously … can anyone remember the last time any government (federal, state or local) cut spending that wasn’t tied to an economic downturn?

As taxpayers, though, we get the representation we select/ tolerate/ deserve. And sadly, most people are far too busy trying to make ends meet to follow the strings being pulled behind the curtains. And the mainstream media – which is supposed to shine a light on those strings – has become nothing more than an advert/ apologist for unnecessary, unwieldy, untenable and ineffective governance.


The limited investigatory focus the press does devote is decidedly selective in nature … meaning if an elected official is “going along to get along,” they will likely be able to avoid any real scrutiny. Just slap the labels “for the poor” or “for the children” on an appropriation and watch it vanish unquestioned into the ether of inefficacy.

Most South Carolina “leaders” don’t even know (or question) where the money is going because they have been endowed by their creator with the intellectual capacity/ curiosity of wallpaper. Which, come to think of it, is an insult to wallpaper everywhere.

In my decade-and-a-half of covering the Palmetto State, I’ve learned most elected officials fall into one of two categories: They are either organizers or beneficiaries of graft. Ringleaders or minions. Big or little crooks.

Obviously, there are exceptions … but the sad truth is that the ruling class in South Carolina is driven almost exclusively by self-interest (financial or electoral). Outcomes are of secondary importance – which is why our state produces so many secondary outcomes despite taxpayers ever-increasing investment. The only question? Whether a particular politician is among those hatching a new scheme to deprive taxpayers of more of their money – or merely helping the bosses carry out the scheme.

And when they get caught? Yeah … nothing happens.

There is literally no disincentive to taking … and so politicians continue to take. Jobs, contracts, benefits … you name it. At the state, county and municipal level, cookie jars are constantly being smashed open and pillaged for personal gain. Maybe we hear about a dime of every dollar taken … maybe we get back a penny.

This, ladies and gentlemen, is the status quo …

Against this admittedly rosy backdrop, I’d like to address something I think we can all agree is a core function of government – our court system. I have always been what they call a “cops and courts” libertarian. I believe essential liberties require protection by law enforcement – while disputes over competing liberties (and market squabbles) require resolution by fair and impartial judges and juries.

South Carolina performs these functions … just not very well. And certainly not very fairly or impartially.

Regular readers of this news outlet are well aware of the chronic corruption associated with South Carolina’s judicial branch of government – which is utterly beholden to the legislative branch by virtue of an archaic method of screening and electing judges. I have spent years calling on lawmakers to reform that system, but they continue to ignore those entreaties.


Beyond this shamelessly self-serving system, though, real problems exist with the way civil and criminal cases are brought before these judges. For those of you unfamiliar with the way “justice” is administered in South Carolina, the state is divided into sixteen different judicial circuits – which in turn handle cases from multiple counties.

Not all of these “circuits” are created equal, though.

Some cover wealthy, well-populated areas. Others are tasked with serving rural, impoverished regions. Still others cover a mix of both urban and rural areas.

Some of these offices receive support from county governments that is commensurate with the core function of government they perform – others do not. Some are covered by major media markets – others are not. Finally, some are run by principled solicitors with plenty of experience trying big cases – others are not.

Needless to say, there is a wide degree of divergence on a host of different metrics – which exacerbates the likelihood of uneven justice based on where you live.

About seven years ago, I moved my family and businesses out of downtown Columbia, S.C. because I felt the city and its surrounding county government (Richland county) were becoming increasingly unsafe and anti-competitive.

Unfortunately, in Lexington county – where my family and businesses relocated – it does not appear as though there is much in the way of support for the local solicitor’s office. Specifically, I was troubled to discover that county-level support for the local solicitor’s office is among the lowest in the state – clocking in at around $2.9 million annually (or 1.7 percent of the county budget).

For a county of more than 290,000 residents, that is unacceptably low – especially when you consider Spartanburg county spends more than $5.7 million annually (or 6.6 percent of its budget) on its local solicitor’s office, which serves a population of around 307,000. Meanwhile, York county – which has a population of 266,000 – devotes $7.4 million annually to its solicitor’s office (or 6.3 percent of its annual budget).

Down in Charleston county, officials devote $6.5 million to the local solicitor’s office – or 2.5 percent of the county budget. That’s for a population of more than 400,000 people, though.

Why isn’t this funding more uniform? And why is it not administered by the state – which technically oversees the solicitors?

I am just beginning to dive into these numbers – which obviously represent only one gauge by which I hope to measure the quality of justice afforded to South Carolinians by their respective court systems. And obviously, county funding is just one pot of money solicitors get to access in discharging their duties – and my goal is to locate and account for all the pots.

I also want to know how many cases each circuit handles … how many pleas, pre-trial diversions and convictions each tallies in a given year … and what percentage of each circuit’s budget goes toward prosecutorial salaries and benefits.

Furthermore, I want to know how each circuit handles conflicts – i.e. cases involving local government officials, law enforcement personnel or other elected/ appointed leaders within its coverage area who find themselves accused of criminal or civil violations.

Also, how can we make our state’s prosecutorial structure – and the funding which must support it – responsive to changing needs/ conditions moving forward?

Over the next few weeks, I plan on sitting down with several solicitors across the state in an effort to answer some of these questions. If anyone has any ideas or information they think would be beneficial as a part of this effort, please feel free to email me at [email protected].

Bottom line? South Carolina needs to start asking – and answering – questions like these for all its core functions of government.