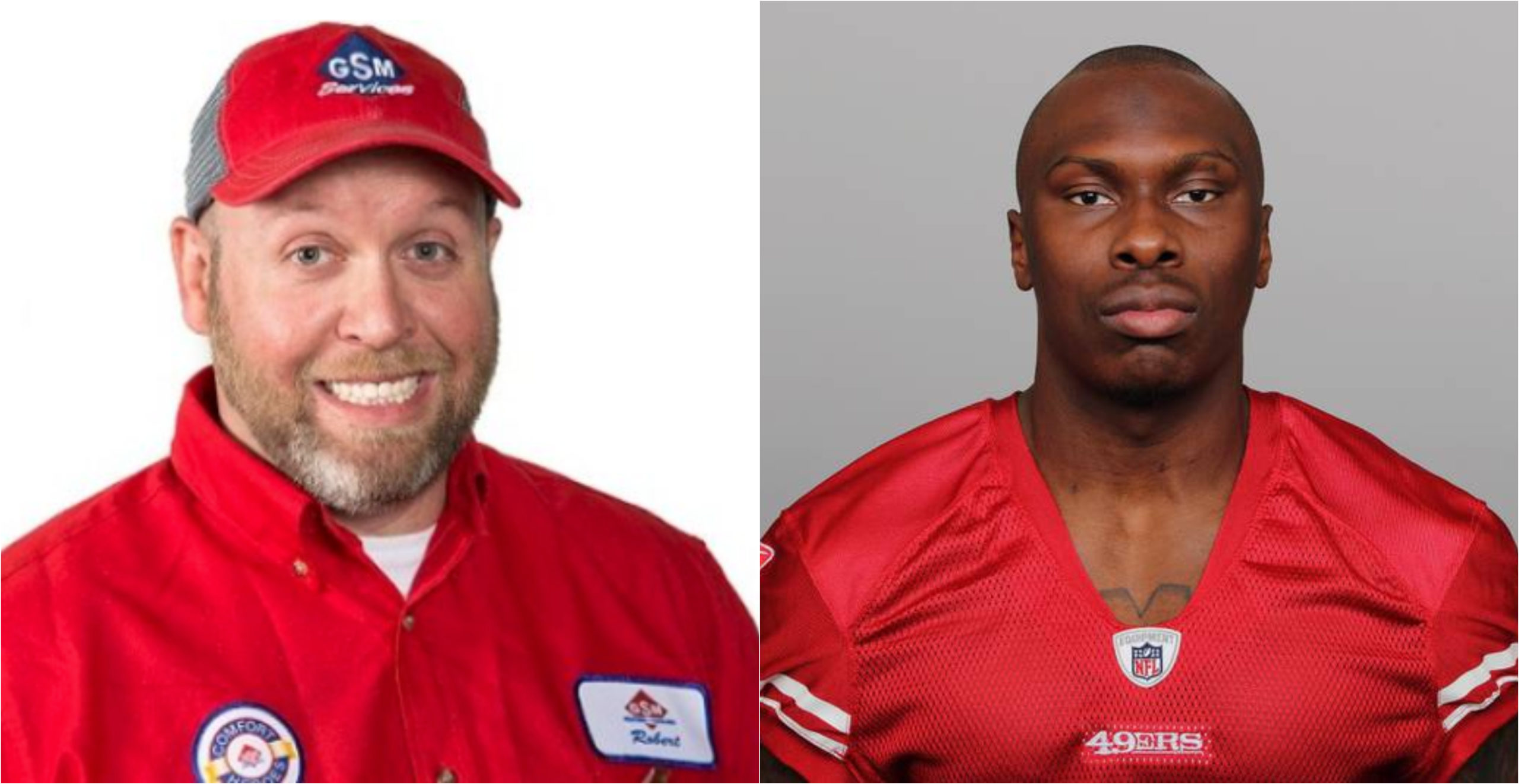 A sixth victim has died in the tragic Rock Hill, South Carolina shooting that shook the nation last week.

Robert Shook, a beloved father of three, died on Saturday afternoon, his employer GSM Services announced. Former ex-NFL player  Phillip Adams — who was named as the lone suspect in the shooting that killed Dr. Robert Lesslie and his family — shot and killed himself after the murders, according to York County Sheriff Kevin Tolson.

Shook and his coworker, James Lewis, were working at Lesslie’s home when they were gunned down outside of the house around 4:40 p.m. Wednesday in York County, South Carolina.


After he was shot, Shook was able to call his supervisor, who then called police to report the shooting to authorities.

A neighbor also called police at the same time and said he heard 20 gunshots at Dr. Lesslie’s home and could see at least one man lying on the ground who had been shot.

Eight minutes later, police arrived on scene and found Shook and Lewis lying outside the home, both with gunshot wounds.

Inside a room at the back of the home, deputies found Dr. Lesslie, his wife, Barbara Lesslie, and their two grandchildren 9-year-old Adah Lesslie and five-year-old Noah Lesslie — all dead from gunshot wounds.

Shook was immediately transported to Atrium Health Carolinas Medical Center in Charlotte, North Carolina, where he clung to life for the next four days, the Gaston Gazette reported.

GSM services set up a GoFundMe account for the families of James Lewis and Robert Shook. The account has already raised more than $183,000.

Lewis and Shook were “family focused, up-beat, and wonderful team members who cared about all the people they encountered,” their employer said.

Lewis was also a father of three.

“He was a kind guy who helped everyone, and who loved his children more than anything,” his employer GSM services said.

Police are still searching for a motive in the mass shooting. Why would an ex-NFL player shoot and kill a beloved 70-year-old doctor, his family and two others?

Aside from the fact that Adams lived down the street from the Lesslies, police have not confirmed any other connections between the two families. Police said Thursday they had no evidence that Dr. Lesslie ever treated Adams.

Alonzo Adams, Phillip Adams’ father, has indicated that concussions after so many years playing football could have contributed to his son’s downfall.

“I think the football messed him up,” he told News 19 of his son.

Adams’ brain will be scanned for  Chronic Traumatic Encephalopathy (CTE) during an autopsy, the Associated Press reported. Authorities told the AP it could be months before they get results from those brain scans.

Because CTE can only be identified after death, it’s difficult to know how many NFL players are currently living with it.

CTE “is a progressive and fatal brain disease associated with repeated traumatic brain injuries (TBIs), including concussions and repeated blows to the head,” according to the Alzheimer’s Association. It has been linked to personality changes and erratic behavior.

Adams played football at South Carolina State University from 2006 to 2009 before he was drafted by the 49ers in 2010. He also played for the New York Jets, the Seattle Seahawks, and the New England Patriots. His NFL career ended in 2015.

In a statement to McClatchy newspapers, Adams’ family said “The Phillip we know is not a man that is capable of the atrocities he committed on Wednesday.”

York County sheriff said that evidence at the scene led investigators to name Adams as a suspect. For hours after the shooting, police embarked on a large manhunt for Adams Wednesday evening.

Around 2:30 a.m. Thursday, deputies said that Phillip Adams was already dead by the time they arrived at his parents home. Sheriff Tolson said he died from a gunshot wound believed to be self-inflicted.

The York County Sheriff’s Office has repeatedly asked the media to be respectful of the Lesslie family during this unimaginable time.

The Lesslie family has asked for privacy and shown tremendous grace in their grief. The family sent the sheriff a heart-wrenching statement that was read to media on Thursday.

“We know there are no answers that will satisfy the question ‘why’,” the Lesslie family said. “Our hope is found in the promise of Jesus Christ and we are enveloped by peace that surpasses all understanding. To that end, our hearts are bent toward forgiveness and peace, toward love and connectedness, toward celebration and unity.”

Tolson asked the media to give the family space as they grieve.

However, on Saturday, the sheriff’s office posted a final warning to media who enter the Lesslie’s property after the family had to put up no-trespassing signs.

“If you violate these no trespassing signs & enter the property this is A CRIMINAL OFFENSE & you could likely be charged with trespassing,” the sheriff’s office warned.

Dr. Lesslie, 70, was a former emergency room physician and author. He was well-known and beloved both in the Rock Hill area and across South Carolina.

“Adah and Noah would want you to stock the free pantries and libraries in your community,” the Lesslie family said. “Barbara and Robert would want you to be good stewards of what you are given, leaving every place better than it was before you got there.”