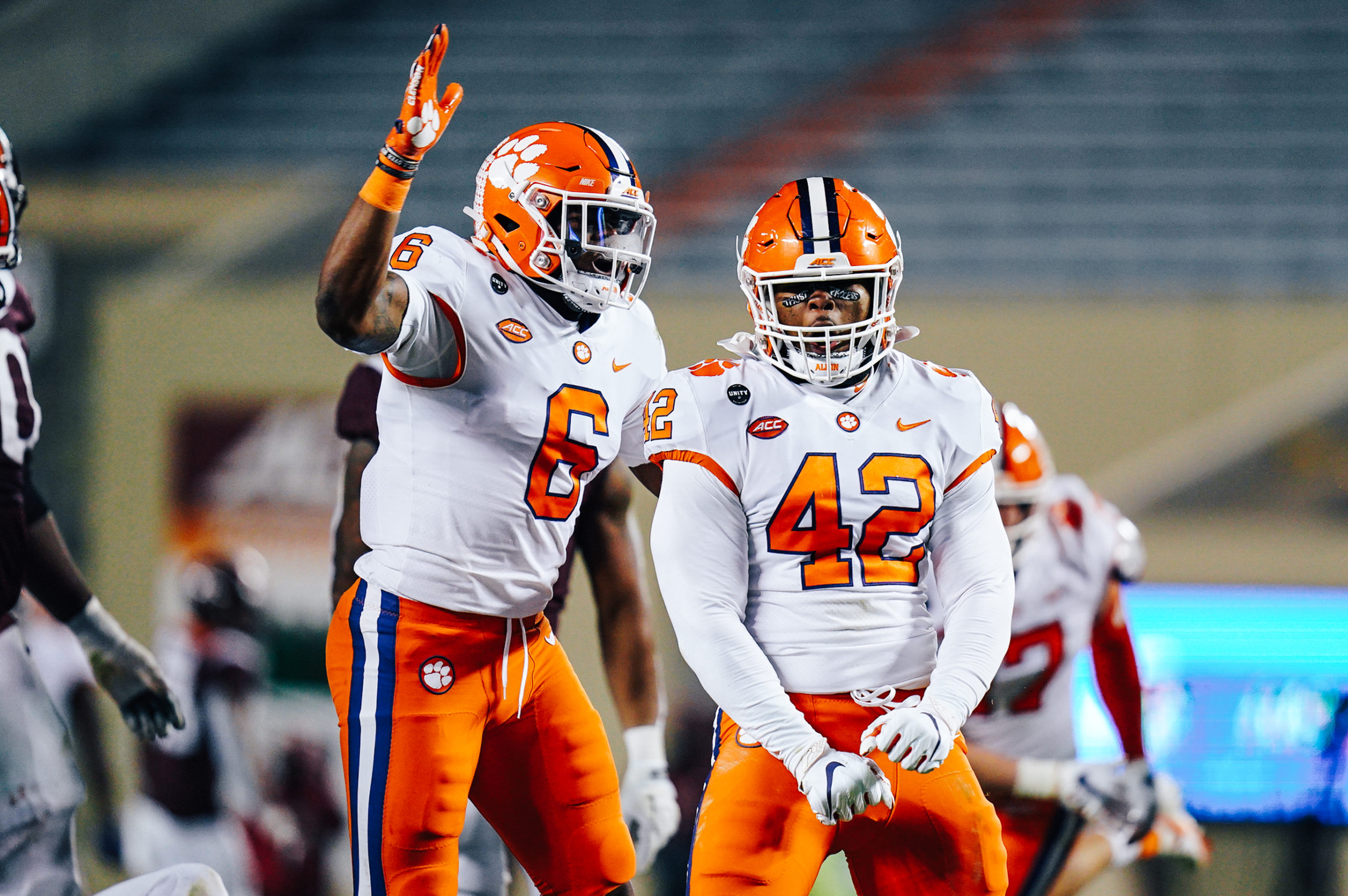 Kickoff is scheduled for 4:00 p.m. EDT at Bank of America Stadium in Charlotte, North Carolina. ABC will handle the national television broadcast, with Chris Fowler on play-by-play, Kirk Herbstreit providing color commentary, and Maria Taylor reporting from the sidelines.

The second installment of this series is expected to be a treat for fans craving some top-notch football during a season subjected to socially-distanced crowds and numerous cancellations.

In the first act between these ACC superpowers on November 7, then-No. 1 Clemson traveled nearly 700 miles to South Bend, Indiana only to come away empty-handed against the Fighting Irish.


Clemson fell 47-40 to Notre Dame in this “instant classic” that proved to be among the most exciting contests of the Covid-19-shortened season – a double-overtime triumph in the shadow of “Touchdown Jesus.”

In what is becoming a trend across the college game, the November 7 shootout featured offensive fireworks-a-plenty, producing 991 total yards and 87 points.

One obvious factor in Clemson’s loss was he absence of Heisman Trophy candidate Trevor Lawrence, who wasn’t cleared to play due to a positive Covid-19 test. In place of the 6-foot-6, 220-pound junior from Cartersville, Georgia – who has only lost once as Clemson’s starting quarterback – stepped true freshman D.J Uiagalelei.

The 6-foot-4, 250-pound signal-caller from Inland Empire, California had a monster game – completing 29 of 44 passes for 439 yards with a pair of touchdowns and no picks.

Who didn’t have a monster game? The Clemson defense. Vaunted coordinator Brent Venables‘ unit must do better if the Tigers are to have any chance of playing at the Rose Bowl in Pasadena, California in the first round of CFP – which would be the program’s likely landing spot if they are about to defeat Notre Dame in the title game.

Standing in the way? The dynamic duo of 6-foot-0, 206-pound quarterback Ian Book and 5-foot-9, 195-pound tailback Kyren Williams – who led an offense that churned up 518 total yards against the Tigers in November.

Consistent offensive production has been a key to Notre Dame’s ability to play “keep away” against its opponents in 2020 – enjoying an average time of possession of 34 minutes per game. That clock dominance ranks No. 1 in the ACC and No. 7 nationally.

Winning in the trenches has also been a key to the success of the Irish – as Notre Dame’s massive offensive line has allowed only 18 sacks through ten games (good for second-best in the ACC).

Clemson enters the game as 10.5-point favorite, according to Odds Shark – and has a 70.7 percent chance of winning according to ESPN’s matchup predictor.

Having reviewed the analytics, though, this reporter expects a closer contest.

Interestingly, USA Today writer Paul Myerberg’s prediction that two ACC teams could end up in the playoff looks more likely than not to come true. Currently, 9-1 Clemson has a 63.6 percent chance to qualify for the four-team bracket, while 10-0 Notre Dame’s odds are listed at 61.2 percent.

While those are comparable numbers, the pressure to perform will be on Clemson. After defeating the Tigers in the regular season, the Irish are more likely than not to earn a bid to the CFP even if they fall to Clemson in the championship game.

However, with a second loss tot he Irish the Tigers’ chance of earning a bid to the postseason falls to just three percent.