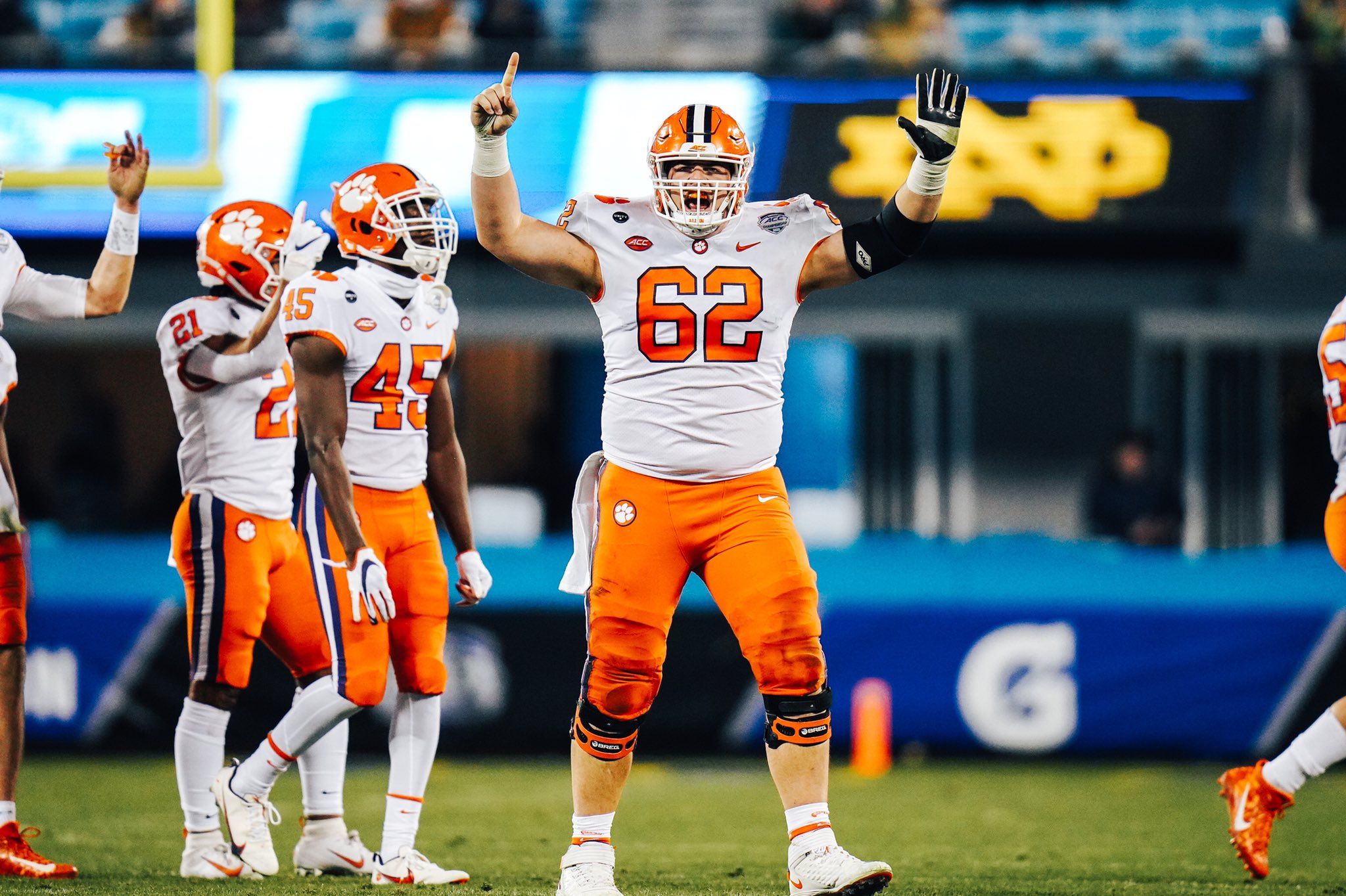 The Clemson Tigers are “in” – again. For the sixth straight season, head coach Dabo Swinney’s squad has earned a spot in the College Football Playoff (CFP) – a streak unmatched by any program in the nation (including Alabama, which appeared in five straight CFPs between 2014-2018).

The Crimson Tide (11-0) earned their sixth overall CFP appearance with a win over Florida in the SEC championship game on Saturday – drawing the No. 1 seed in the four-team playoff.

Head coach Nick Saban’s team will play fourth-seeded Notre Dame (10-1) in the Rose Bowl on January 1, 2021 at 5:00 p.m. EST. That game will be played at AT&T Stadium in Arlington, Texas due to concerns about rising cases of the coronavirus pandemic in southern California.

Clemson, the second seed in this year’s playoff, will go up against third-seeded Ohio State in the Sugar Bowl on January 1 at 8:00 p.m. EST. That game will be played at the Mercedes-Benz Superdome in New Orleans, Louisiana.

The winners will face off at 8:00 p.m. EST on January 11, 2021 in the national championship game at Hard Rock Stadium in Miami, Florida.

All three games will be televised nationally by ESPN.

Clemson’s dominating performance over the Irish left many of the opinion that No. 5 Texas A&M should have been awarded the fourth and final playoff spot. Instead, the Aggies (8-1) must settle for a date with No. 13 North Carolina in the Orange Bowl – the first-ever meeting between those programs.

Meanwhile, a pair of undefeated teams – Cincinnati (9-0) of the American Athletic Conference and Coastal Carolina of the Sun Belt Conference – were also left out of the playoff. The Bearcats and Chanticleers finished No. 8 and No. 12 in the final rankings, respectively.

No other program has made the title game more than once …

The CFP selection process has drawn extensive criticism this year, with critics claiming it was created to protect programs that compete in one of the NCAA’s top five – or “Power Five” – conferences.

“It is a corporate welfare organization that takes care of Power Five interests, nothing more,” noted Dick Harmon in a column for Deseret News. “It isn’t a competitive answer to a collegiate national championship … (i)t isn’t reasonable or fair and doesn’t pretend to be.”