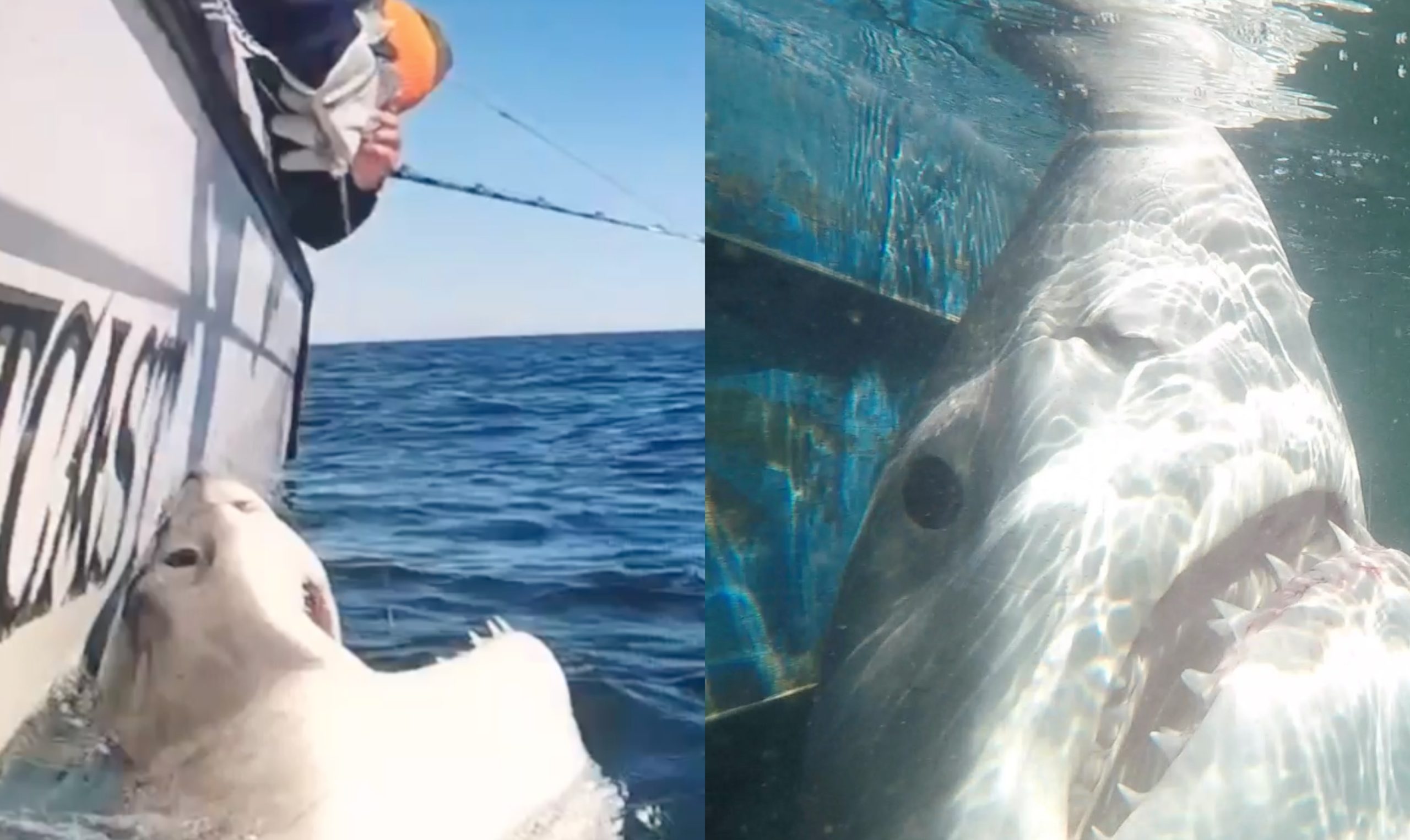 Chip Michalove, a famous fisherman who has hooked and released 27 great white sharks off the coast of Hilton Head Island, caught a gigantic 2,800-pound, 15-foot great white shark on Wednesday.

“It’s like hooking a small sub and trying to put the brakes on it,” Michalove said of the fish roughly 18 times his body weight.

After reeling in the big girl, Michalove and his crew placed a tag on the great white shark so scientists at the Massachusetts Division of Marine Fisheries can track her movements in the Atlantic.

Then he gave the shark a name — Grace.

Grace is named after Grace Sulak, a Bluffton teen who was killed in a hit-and-run accident on eastbound I-26 near the 134-mile marker in May 2016. She was 14 years old and on her way back from a track meet in Columbia with her best friend and her mother when she was killed.

“I called Grace’s parents that evening and said ‘I know we’ve never spoken, and this is going to sound crazy as ever and feel free to say no, but I think it would be great to name the largest shark we’ve tagged this year after Grace,'” Michalove told FITSNews.

Michalove said he was incredibly nervous making the call.

“You just never know how people will react when it comes to heartache of this magnitude,” he said. “But they giggled and said it’s fantastic — Grace was an aspiring marine biologist and how she would love it.”

Michalove knows how the internet goes crazy over the great white sharks he catches, tags, and releases for scientific study. A few of them have made national headlines and caught the eyes of millions.

“A lot of these sharks go viral, so I thought let’s force this story to get the attention the family deserves,” he said

Moments before her death, Grace’s friend’s mother saw a four-door Dodge Ram 2500 pick-up truck coming up rapidly behind them on I-26,” People Magazine reported. She swerved out of the truck’s way, but they were struck from behind and her vehicle hit a tree in Calhoun County. Grace died immediately.

“There’s more than one person who knows (who did this),” Michalove said. A body shop, a friend, a neighbor. It’s a white Dodge Ram on I-26. I have a feeling they weren’t traveling from 500 miles.”

Anyone with information on the fatal accident, call the Highway Patrol at 843-953-6010.

Michalove said his crew stayed close to shore on Wednesday because of the rough seas. Typically, the crew ventures several miles off shore to a secret spot where Michalove hooked a 3,500-pound great white he called a “submarine with a tail,” along with several others. This time, they were less than a mile from the shores of Hilton Head Island on Michalove’s 26-foot boat when they encountered the great white monster.

While Michalove is a fisherman by occupation, he’s also an avid conservationist and always ensures the methods he uses to catch and release the sharks have minimal impact on them.

“Grace was really easy to work on,” Michalove said. “A fish this large usually takes an army to stabilize, but she swam boatside without any discomfort or aggravation.”

“When you think you’ve got the sharks figured out, you throw in a great white and it goes against everything you thought you knew about fishing,” he said. “It’s the smartest fish in the sea. It’s not the maniac that we know from the movies.“

“This fish has zero fear, but often just swims up, realizes something isn’t right and swims away,” he said. “Some circle for half an hour unable to make up their mind. It’s been a process trying to figure them out.”

“It’s been a trial-and-error process and it’s made me a better more patient fisherman,” he said.

He’s one of the only fishermen on the East Coast who can successfully catch and release great white sharks on rod-and-reel.

Now that dream’s accomplished, he’s hoping he can use it for some good in solving the hit-and-run.

“How crazy would that be, a shark gets to the bottom of who did it?” Michalove said.

Want to track Grace the Great White as she glides through the Atlantic? Follow her on Sharktivity shark tracker app.