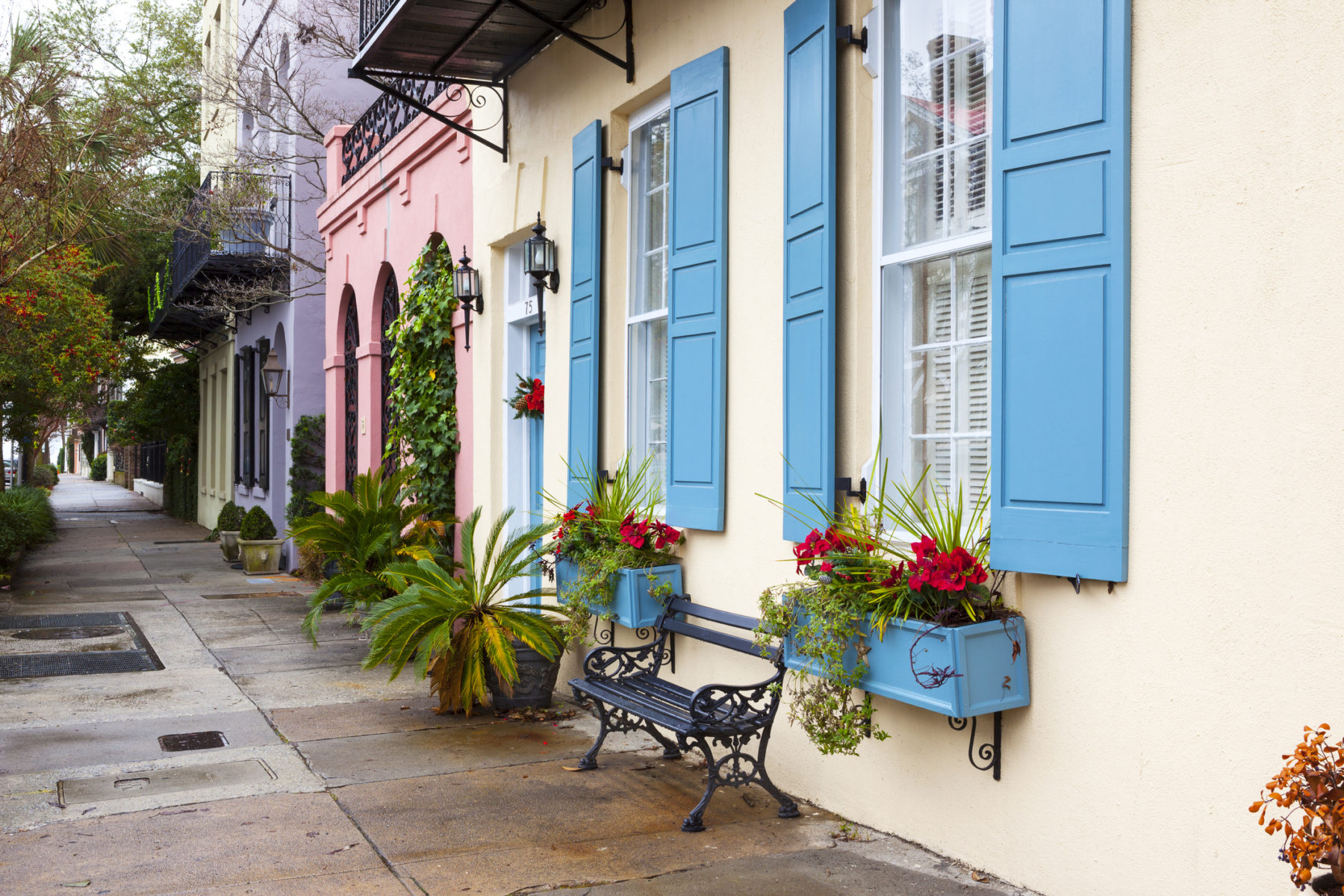 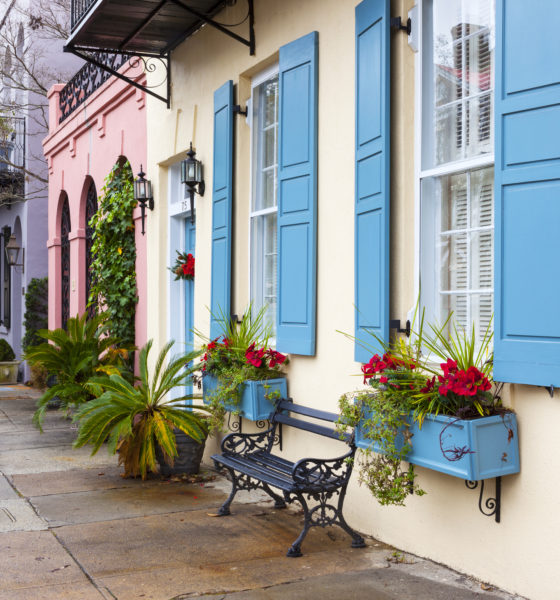 Amy Feinstein’s ‘Southern Charm’ Recap: A Pair And A Spare

“You know you’re getting old when …”

So far on the seventh season of Southern Charm, we have seen plenty of contrived drama along the lines of which the Bravo TV traditionally serves up. Which reminds me: When one says they like “reality television,” I’m assuming they know the producers of their favorite shows have a huge hand in each “character’s” storyline.

That’s up for debate. Now, most readers will say “of course we know,” for example, that participants get multiple retakes or sit through lengthy meetings about their agendas.

Still, many believe they are watching all of the fun, games and treachery Charleston, South Carolina has to offer unfold in real time though a peep hole – or glory hole, as it were.

Take the relationship of Madison LeCroy and Austen Kroll – the less-virginal Romeo & Juliet of our drama – who much like soap opera characters from the eighties just can’t quit each other.

But now – when everything seems peaceful in Pine Valley (um, I mean Charleston) – Miss Patricia Altschul has concocted a plan with a handsome, new-to-town stranger she can use as her pawn to finally get the job done.

The job, of course, being to convince Madison to finally dump Austen and find herself a better man.

In this third episode of the seventh season, the camera does a quick spin around town, landing on roomies Austen and Craig Conover having a mild domestic about nail clippers. I see these two as Oscar and Felix (judging by the pile of dirty clothes on the porch swings), but my sister thinks they are more like Bert and Ernie (without the twin beds).


Craig is irked that Austen calls them “toenail clippers,” but if we really want to dive in on this one, Austen is right. It’s a size issue – and the manicurist’s tool in hand is for the feet, and not the hands (though I suspect Craig isn’t choosy).

The pair might not agree on where to put Craig’s shoes, but they are in synch when it comes to the success of Austen’s beer at the Charleston Food & Wine event. The pillow king tells the prince of bubbles he had about 30 of his beers – and they were all tasty.

Austen says that by giving him a business pep talk, he’s “Tony Robbins-ing” him – at which point it becomes clear Craig hasn’t a clue who motivational speaker Tony Robbins is.

Austen politely takes business tips from Craig – who is eating microwave popcorn (perhaps for breakfast – although he is upping his red by keeping some Old Bay on the table for a quick shake) – but his true feelings come out later in a confessional.

“Craig is homeless, but he thinks he’s like a shark on Shark Tank,” Austen says.

To celebrate drinking thirty beers, Craig wants Austen to join him for a bar-hopping session. I’m not sure if he’s still tipsy from the night before (or if he started again in the morning) but the pillow king seems to be well on his way to some sort of party.

Over at Kathryn Dennis’ newly painted townhouse, Madison drops by for a visit while KD tries to sort out the piles of books, photos, and objet d’Home Goods. KD is determined to color coordinate the books on her shelves, and I am having a serious cringe moment that’s giving me an alphabetization tic.

Kathryn is reluctant to make the leap back to the renovated townhouse because that’s where she last lived with her mother – who passed away last year from cancer.

She also signals she is a conflicted place with her living situation.

Meanwhile, Shep and little Craig the pooch head to a local dog park/ bar, to meet up with Danni Baird and Luci for a beer and a splash in the mud (little Craig, not Shep and Danni). Shep announces that he’s finally turned 40 and is semi-domesticated.

I truly believe that he has learned something in therapy.

But what would a Shep and Danni gathering be without the mention of chlamydia. Danni (with the aid of a flashback) explains all about the STD-gate from last season, and reminds Shep that it was horrific to be on the receiving end of a rumor that may or may not have started with the newly reformed Mr. Rose.

He apologizes, and both notice that their dogs are swimming in the storm drainage puddle. I hope the bar has a garden hose.

Next we drop by to see what’s up at Leva Bonaparte’s house where her mom, Nahid is playing outside with Little, age two. Leva explains that she is still working on the working woman/ mom balance with a toddler. Leva shares her background, which is Persian/ Iranian, arriving in the south by way of Canada.

A traditional Persian dinner for the ladies is discussed. I will confess I love Person food, and if mama has a good Tahdig (scorched rice) recipe, I’d love to have it so I can have all of the crispy edges.

Newbie John Pringle stops by to visit his sister Jenny and catch up. Along with brother in law Alan, they FaceTime John’s boys, Asher and Quinn, along with John’s ex-wife, Heidi, who shares a passing resemblance to, wait for it, Madison LeCroy.

The co-parenting seems to work, as the ex Mrs. Pringle keeps in touch with her former sister-in-law (perhaps the ultimate test).

Jenny asks if John sees himself dating in Charleston, and he says he prefers being in love (start the sound of a slow moving car crash if he’s up for Miss Pat’s plan).

Austen helps Madison’s son Hudson with some math homework as Madison gets ready for a couple’s dinner with Shep and Taylor Ann Green. On a number if levels, this is a test post-hatchet burial at the festival. After a brief kissing competition, the boys each order for their dates.

The cellphone ringing wakes Craig up around 11:00 a.m., and the camera pans to a sink full of Bud Light empties. I would think the upside of crashing with Austen would be a better brand of beer, but old habits die hard. On the phone is Anna-Heyward, Craig’s assistant and mom-for-hire puzzled as to why he is still crashing with Austen – and wondering when he was going to pull the permit to have the asbestos removed to get the ball rolling.

She hits him with the Benjamin Franklin “fish and houseguests” saying, implying it’s time to move on.

The party starts at Leva’s, and the house is decorated with candles and jewel tones. And most importantly, the rice dishes!

Leva tells her friends that her family fled Iran because of the treatment of women, and explains that her parents sacrificed a great deal to give their children the lives they have now. She explains that after meeting her husband Lamar, she decided to stay in Charleston.

Switch to a bar with Whitney Sudler-Smith, Austen, Craig, John, and later, Shep are flirting with some ladies in their early twenties. A few beers and a few shots later, John decides to talk about Madison with Austen, and exclaim “she’s hot!”

Yup, we all know this, but what an odd way to announce it to the table, the bar, and Bravo. Next, the talk at the table turns to frozen margaritas and arthroscopic surgery before mechanical bull riding shirtless.

You know you’re getting old when …

Back at dinner, the baby news broke that Kathryn’s baby daddy is having a third baby, meaning that her kids will have a half sibling.

And those are the days of our lives …

Stay tuned for more next week!