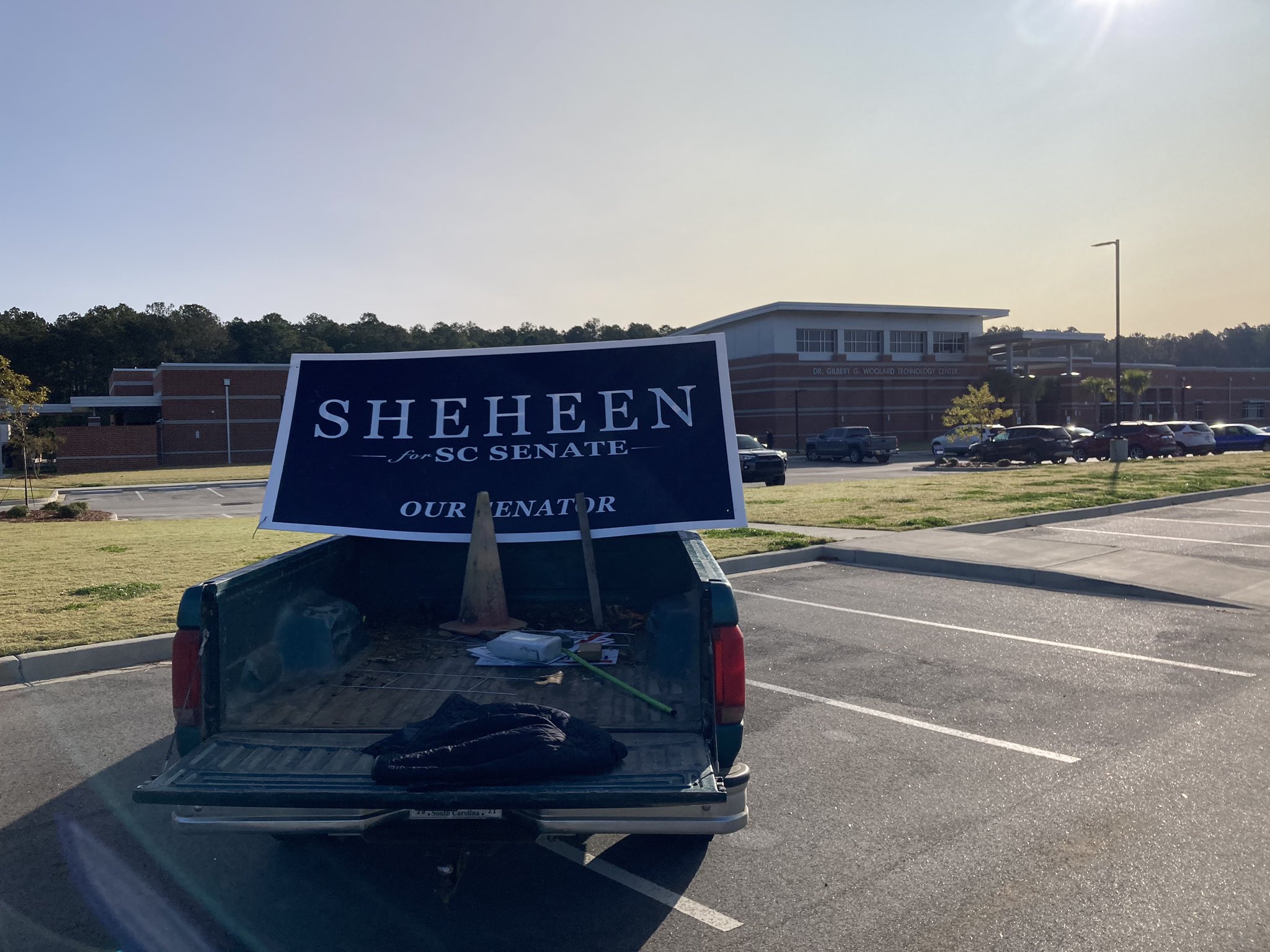 South Carolina “Republicans” didn’t get the candidate they wanted in their bid to unseat Democrat Vincent Sheheen in S.C. Senate District 27 (.pdf). So they refused to commit resources to this rural race … content to let Sheheen win another four-year term in office (even though U.S. president Donald Trump carried his district with 58.9 percent of the vote in 2016).

In one of the most surprising upsets of the 2020 election cycle in South Carolina, Gustafson narrowly prevailed over the long-serving state lawmaker and two-time Democratic gubernatorial nominee – drawing 50.96 percent of the vote compared to Sheheen’s 48.95 percent.

“The voters have spoken that they’re ready for a change in our district and I’m excited and humbled to serve them in the South Carolina Senate,” Gustafson said in a statement. “I want to thank Senator Sheheen for his years of service to our state and district.”

Sheheen conceded the outcome of the race on social media, telling his backers “if you want to worry, worry about your state and community.”

“But do not worry about me,” he tweeted.

Sheheen won this seat in a special election in 2004. Prior to that, he spent three years in the S.C. House of Representatives.

(Via: Gustafson for Senate)

At the last moment, though, she switched gears … opting to run against Sheheen instead.

“Year after year we have not been able to hold senator Sheheen accountable for his votes,” Gustafson said in announcing her candidacy. “We’ve had no choice but to reelect him, no matter what he says or does, even when his votes don’t reflect our core values.  I cannot sit on the sidelines and watch him go unchallenged again.  This time voters will not be robbed of a choice.”

Gustafson offered that choice … and voters took it.

Upstate businessman John Warren backed Gustafson’s bid after her candidacy – and the campaign of challenger Chris Smith in S.C. Senate District 26 (.pdf) – were left to wither on the vine by establishment Republicans.

And by governor Henry McMaster …

“The establishment completely underestimated Penry and our campaign and did not provide support or resources,” one of Gustafson’s supporters told us. “We ran a smart race on a razor thin budget.”


The operative added that Gustafson was ready to assert her independence in the Senate.

“She’s a firecracker who is going to make some waves,” the operative said, referring to Gustafson as “already well versed in policy and ready to be a fighter.”

We have seen that fighting spirit in our own interactions with Gustafson ever since she announced her candidacy … and we have no doubt she will join lawmakers like senator Tom Davis as a compelling voice for less government, lower taxes and more individual and economic freedom.

Republicans will enjoy a 30-16 majority when the legislature reconvenes, although as we have previously pointed out GOP rule is not everything it is cracked up to be. Nor has it been monolithic in recent years.

How will Gustafson fit within the new, expanded GOP caucus?

We will find out soon …