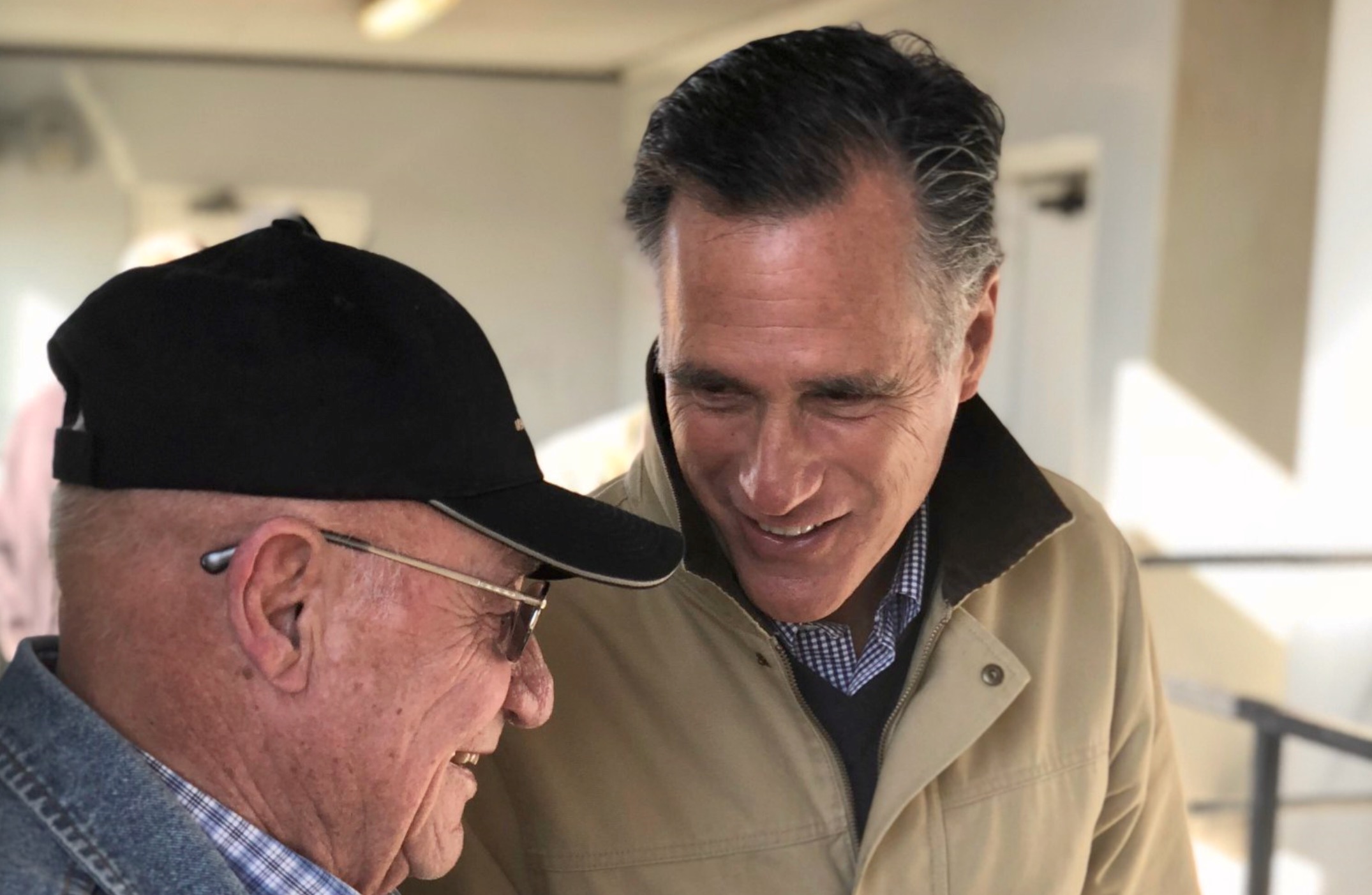 Republicans in Washington, D.C. celebrated a huge victory on Tuesday morning when U.S. senator Mitt Romney – the only GOP senator to support the conviction of president Donald Trump during the impeachment trial back in February – said he would not block Trump’s forthcoming choice for the U.S. supreme court.

So far, Lisa Murkowski of Alaska and Susan Collins of Maine are the only GOP senators to state their opposition to voting on Trump’s nominee – a yet-to-be-named female judge who would replace the late Ruth Bader Ginsburg on the high court.

Romney was believed to be a likely third vote … which would have put Democrats one vote away from blocking Trump.

Instead, Romney joined fellow GOP moderates Cory Gardner of Colorado and Chuck Grassley of Iowa in affirming that Trump’s nominee could move forward to a vote.

“I intend to follow the Constitution and precedent in considering the president’s nominee,” Romney said in a statement. “If the nominee reaches the Senate floor, I intend to vote based upon their qualifications.”

Obviously, that doesn’t mean Romney has committed himself to supporting Trump’s nominee – but his decision will likely allow GOP leader Mitch McConnell to advance the nomination to a floor vote.

Republicans currently hold a 53-47 majority in the Senate, meaning they can only afford to lose three senators on key votes (U.S. vice president Mike Pence casts the deciding vote in the chamber in the event of a tie).

We had every expectation that Romney – the 2012 GOP presidential nominee and a longtime #NeverTrumper – would be that vote.


According to Romney, though, the “historical precedent of election year nominations is that the Senate generally does not confirm an opposing party’s nominee but does confirm a nominee of its own.”

This is a reference to the GOP’s failure to hold hearings for Barack Obama’s final supreme court choice – Merrick Garland. Obama submitted Garland’s name after conservative justice Antonin Scalia died in February of 2016, but McConnell never held a hearing on his nomination.

Romney was not a member of the Senate at the time. He was elected in 2018 and assumed office last January.

However, many GOP senators – including Lindsey Graham of South Carolina – joined McConnell in blocking Garland’s nomination. Graham was outspoken at the time – saying he would apply the same standard in the event a Republican were elected president.

“I want you to use my words against me,” Graham said four years ago. “If there’s a Republican president in 2016 and a vacancy occurs in the last year of the first term, you can say Lindsey Graham said let’s let the next president, whoever it might be, make that nomination.”

He doubled down on this view just two years ago.

“If an opening comes in the last year of president Trump’s term, and the primary process has started, we’ll wait to the next election,” Graham said during an October 2018 interview with Yahoo News.

That was before Graham found himself in the fight of his political life in South Carolina against Democrat Jaime Harrison, however.

Graham was protested early Monday morning by liberal activists who believe the Republican majority is acting unfairly – and hypocritically.

According to Romney, though, his decision was “not the result of a subjective test of ‘fairness’ which, like beauty, is in the eye of the beholder.”

“It is based on the immutable fairness of following the law, which in this case is the Constitution and precedent,” he added.

Bobby Jindal Has A Point …