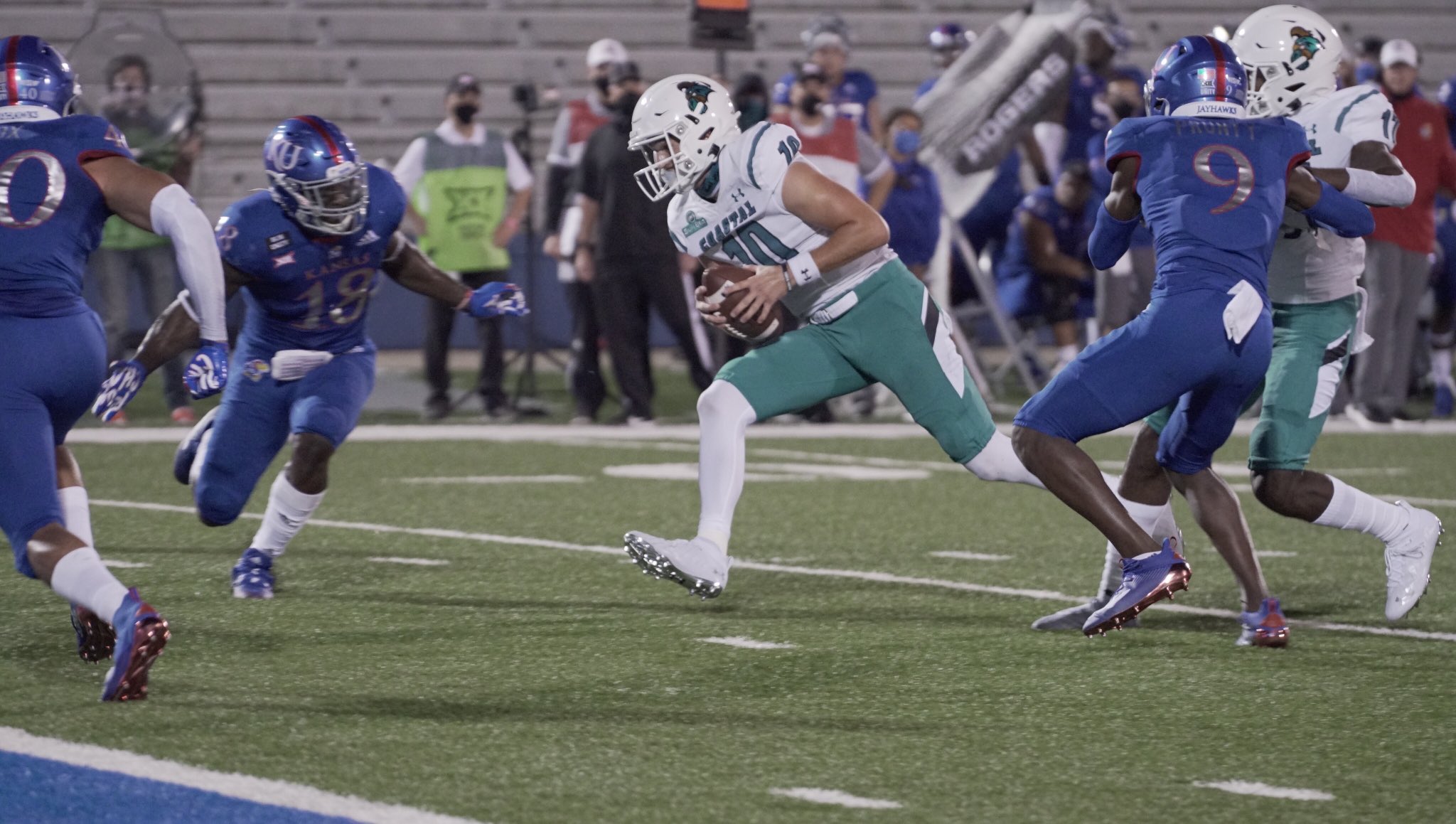 Credited for its pivotal role in the decision-making process that enabled the NCAA Football Bowl Subdivision (FBS) season to move forward in 2020, the Big 12 opened its slate of games on Saturday, September 12, 2020

Seven Big 12 teams partook in the action last weekend, with the league posting a 4-3 overall record. To the fan who doesn’t appreciate context, that number doesn’t sound too terrible.

The Big 12’s top two programs – No. 3 Oklahoma and No. 9 Texas – won by a combined score of 107-0 over lower-tier opponents while West Virginia dominated Eastern Kentucky 59-10. In other action, Texas Tech edged Houston Baptist – a start-up program in the FCS’s Southland Conference that has only fielded a team since 2014.

While second-year head coach Matt Wells team squeaked out an uninspiring 35-33 victory (one that has landed him squarely on the hot seat in Lubbock), the fact is the Big 12’s first Saturday of football had already spiraled out of control by the time the Red Raiders kicked off at Jones AT&T Stadium.

Doing all the damage? The Sun Belt.

Only a full-fledged FBS conference since 2001, Sun Belt teams posted a 3-0 record against the Big 12 on Saturday – exposing the extent to which this Power Five conference is going to have serious problems if it doesn’t get it’s collective act together (fast).

In the biggest upset of the day, Louisiana-Lafayette (a.k.a. “Louisiana”) downed No. 23 Iowa State 31-14, with the Ragin’ Cajuns defeating a Top 25 opponent on the road for the first time in program history.  Head coach Billy Napier’s team held Cyclones’ starting quarterback Brock Purdy to 16-of-35 passing for 145 yards, no touchdowns, and one interception. The Ragin’ Cajuns also forced once Cyclones fumble.

McCall threw for three touchdowns and ran for a pair of scores on the ground in leading the Chanticleers to victory on Saturday.

The Chanticleers defeated Kansas for the second consecutive season at Kansas Memorial Stadium in Lawrence, Kansas in a contest that never appeared to be competitive from the get-go.

Coastal Carolina led 28-3 at halftime, controlling the line of scrimmage on both sides of the line of scrimmage. The Chanticleers’ defense recorded three sacks and ten tackles for loss. Coastal also dominated the turnover battle, collecting two interceptions and one fumble – while not turning the ball over once on offense.

Coastal Carolina was supposed to face off against South Carolina earlier this month, but the Southeastern Conference (SEC)’s controversial decision to scrap non-conference games put the kibosh on that contest.

Which may have been to the Gamecocks’ benefit …

When the latest AP Top 25 poll was announced on Sunday, the Sun Belt had two ranked teams for the first time since the conference began sponsoring football. Louisiana-Lafayette is ranked No. 19, followed by Appalachian State, which clocked in at No. 23.