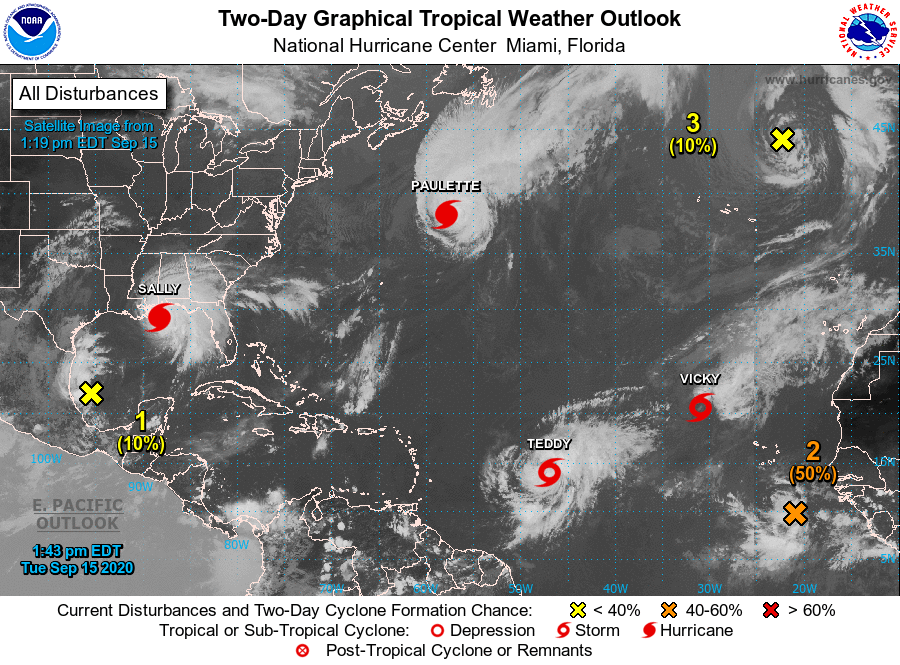 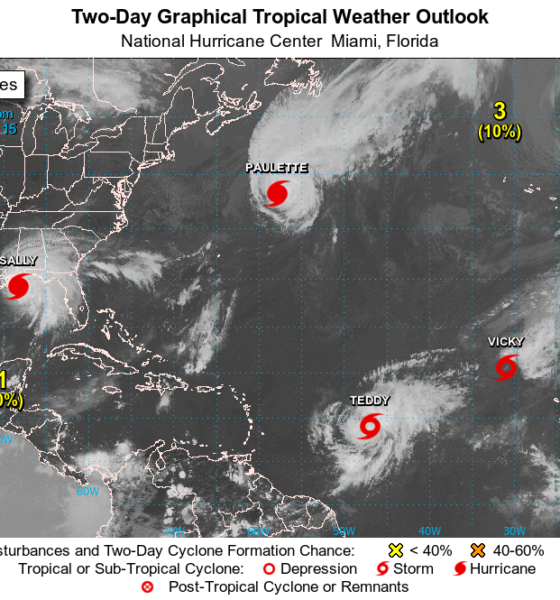 While there’s a “whole Waffle House waitstaff” of named storms stirring up trouble in the Atlantic, forecasters in South Carolina are focused on one storm – Sally – and its potential impact on the Palmetto State.

Around 2 p.m. Tuesday, Sally was slowly spinning in the Gulf of Mexico about 60 miles east of the mouth of the Mississippi River, moving at a sluggish 2 mph pace, according to the National Hurricane Center.

As Sally is set to slam into the Gulf coast Wednesday morning, likely as a Category 1 hurricane. From Mississippi to South Carolina, rain is the biggest threat with this storm.

And even though Sally is supposed to weaken into a tropical depression by the time it arrives in South Carolina, the storm system is set to dump several inches of rain in the Palmetto State.

On Tuesday, most of South Carolina landed within the NHC’s “cone of uncertainty” for Hurricane Sally.

Considering that one-third of hurricanes fall outside of these projected cones, it’s important to note that this storm’s track is still widely unknown — although the NHC has had a solid record recently of accurately predicting hurricanes this season.

The NHC’s latest model tracks the storm moving north-northeast in the next few days.

“Depending on the track, significant rainfall amounts are expected to fall over the region, with the highest rainfall across the upstate of SC, along with the western Midlands and western Central Savannah River Area,” NWS-Columbia officials said in their latest briefing.

Forecasters at NOAA are calling for a whopping 6 to 10 inches of rain in the Greenville-Spartanburg area/ across the Upstate in the next five days, with lower amounts (two to four inches) across the Lowcountry and Midlands.

Forecasters are calling for a majority of the rain from Thursday night through Friday in South Carolina.

“In addition, there will be a small risk of thunderstorms, with strong winds and isolated tornadoes possible ahead of the system Thursday into Friday,” NWS- Columbia forecasters said in their latest Sally update.

Ahead of the storm, Charleston is expected to see major coastal flooding due to onshore winds and astronomical influences.

A coastal flood advisory has been issued for Beaufort, Colleton, and Charleston counties through 10 p.m. Tuesday.

Ahead of the storm, SCDHEC is recommending dam and reservoir owners to lower their water levels starting on Tuesday.

“Owners of ponds and reservoirs with functional gates or flashboards should consider operating them to provide additional storage for the anticipated rainfall,” Jill Stewart, P.E., Director of DHEC’s Dam Safety and Stormwater Permitting Division, said in a news release. “If there is a dam downstream of your dam and you are lowering your water level, please call the owner of that dam to advise him or her about what you are doing. Before and after the storm has passed, any accumulated trash and debris should be cleared from spillways.”

We’re keeping an eye on the rest of those named storms in the Atlantic, though it appears that Sally is the only one posing an immediate threat to land this week.

As of Wednesday afternoon, there were four named storms churning in the Atlantic.

SLED (Finally) Gets Its Man In Allen University Shooting