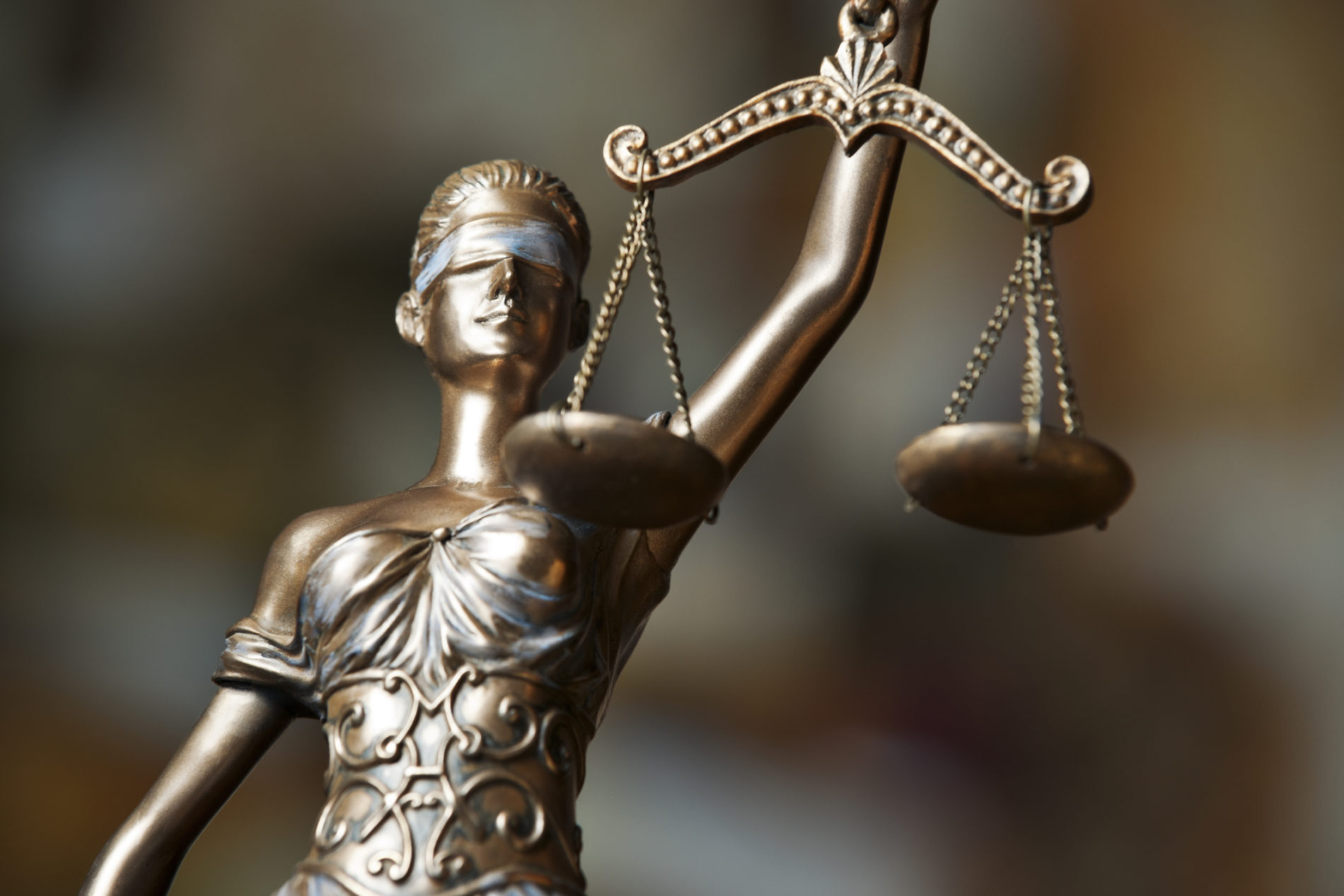 Like many of our readers, this news outlet was thoroughly unsatisfied with the outcome of the ProbeGate investigation into public corruption in South Carolina. While it is true this multi-year inquiry successfully rooted out several elected officials who abused their positions of public trust at the S.C. State House, it did not go nearly far enough.

And while it also brought down the political empire of master South Carolina strategist Richard Quinn (at least we think it did), it failed to expose the status quo interests that leveraged Quinn and his allies to illegally advance their interests.

Real accountability for the misdeeds of corrupt elected officials was sorely lacking … and there was absolutely no accountability when it came to the puppet masters pulling their strings.

In fact, the influential corporate entities who benefited from this pay-to-play corruption got off scot-free …

ProbeGate “left far too much meat on the bone as far as we are concerned – particularly with regard to the corporate clients implicated in this pay-to-play scandal,” we noted in December 2018.

Meanwhile, not one of the corrupt politicians ensnared by this investigation has served so much as a single day behind bars. In fact, the only ProbeGate defendant to receive a jail sentence was granted an appeal bond shortly after his conviction. Moving forward, we hold out little hope that any of the cases still on the docket – or currently under appeal – will end up any differently than the ones previously concluded.

“None dare call it treason,” right?

Again, though, the enduring injustice associated with this ongoing investigation has less to do with the disgraced politicians who wiggled off the hook and more to do with corporate defendants who were essentially allowed to purchase their way out of trouble.

That is the definition of criminal activity, people.

Yet while the grand jury determined probable cause existed to charge these corporate defendants, they were able to avoid prosecution thanks to several “corporate integrity agreements” negotiated with the office of S.C. first circuit solicitor David Pascoe, who led the ProbeGate inquiry.

These agreements consisted of more than $350,000 in monetary fines paid by the corporate defendants … directly to Pascoe’s office.

For years, this news outlet was steadfastly supportive of Pascoe’s inquiry. But these so-called “integrity” agreements never sat well with us. Allowing corporate entities to basically buy their way out of facing criminal charges is not “integrity.” In fact, some would argue it is no better than the sort of behavior Pascoe was prosecuting in the first place.

Furthermore, the fact these payments were made directly to Pascoe’s office struck us as highly irregular – and suspect.

At the time, Pascoe touted the agreements as carrying “substantial terms, resulting in mandatory compliance procedures and fines far greater than the penalties imposed by the (state’s ethics act).”

His view was generally accepted, too … until recently.

On March 12, 2020 – shortly before the coronavirus pandemic effectively shut down the South Carolina judicial branch – all five members of the S.C. supreme court signed an order in an appellate case regarding Rick Quinn, Jr., the son of Richard Quinn and one of the five elected officials who resigned from office in connection with the scandal.

That case is now before the state’s highest court … but before its justices address it, there are some outstanding questions they want answered as it relates to the conduct of Pascoe’s investigation.

In their order, the justices raised three pointed questions regarding the corporate integrity agreements negotiated by Pascoe. First, they inquired as to the “nature” of these agreements. Second, they asked Pascoe to cite the specific authority he invoked in entering into agreements “in exchange for a promise not to sue, and to demand or accept the payment of funds from a corporate or governmental entity or from an individual during the course of a criminal investigation?” Finally, the justices asked Pascoe to cite his authority in depositing the proceeds from those agreements into the coffers of his own office as opposed to the state’s general fund.

To say these interrogatories constitute shots across the bow of the veteran prosecutor is putting in mildly.

The court is putting Pascoe squarely on the spot – raising serious and substantive questions as to the conduct of his investigation. And based on the tone of the justices’ questions, it seems clear they already have specific answers in mind as it relates to the questions they are posing.

Furthermore, the justices are raising these issues in the context of a sentencing appeal – a setting where we would argue there is little relevance to the matter at hand.

That bodes even worse for Pascoe. Essentially, the court is looking for an excuse to raise these questions.

“Just as prosecutors throughout the state routinely enter into immunity agreements, proffer agreements and non-prosecution agreements in exchange for some concession or assistance by a criminal target, solicitor Pascoe utilized his prosecutorial authority to enter into contractual agreements with corporate targets implicated by (the state grand jury investigation),” a memorandum submitted to the court by the first circuit solicitor’s office noted.

The Pascoe memo (.pdf) further stated that each agreement with the corporate defendants “include(d) the payment of funds as reimbursement of costs of the investigation, with the balance to be transmitted to the South Carolina State Ethics Commission.”

Again, though, where is his authority on either point?

In issuing its order, the supreme court invited the office of S.C. attorney general Alan Wilson to opine on its questions as a matter of law – an invitation Wilson’s office accepted.

In a detailed filing drafted by solicitor general Bob Cook, each of the questions raised by the justices was addressed point-by-point. According to the attorney general’s filing (.pdf), Pascoe’s agreements with the ProbeGate corporate defendants were “unprecedented and without parallel in South Carolina,” enabling him to exercise authority “far in excess” of what the court granted him back in 2016 when it affirmed his status as the lead prosecutor in the case.

Even worse, the controversial and conflicted nature of the agreements has placed a “cloud” over the investigation, according to the attorney general’s office.

“Whether intended or not, (the agreements) give the appearance that the special prosecutor has a financial stake and a conflict of interest in the prosecutorial decisions made in these cases,” Cook’s motion noted. “It does not matter whether these funds are donated to the prosecutor’s budget or will end up in his pocket. A conflict is a conflict all the same.”

Later in the filing, Cook concluded that the agreements actually go so far as to give the appearance of a prosecutor “not prosecuting a public prosecution in exchange for money.”

As for Pascoe’s authority to enter into such agreements – irrespective of their motivation – the attorney general’s office concluded he had none.

“To our knowledge, no statute or judicial order authorizes a non-prosecution agreement, particularly the type of ‘corporate integrity agreements’ which solicitor Pascoe executed here in which funds are donated to the prosecutor’s office in exchange for non-prosecution,” Cook wrote.

And as for Pascoe’s decision to appropriate the funds from these agreements unto his own office?

“Executive officers, such as solicitor Pascoe, possess no authority to appropriate funds,” the filing noted. “Such authority lies exclusively with the General Assembly, which has directed that all such funds be deposited in the state’s general fund; neither solicitor Pascoe nor the presiding judge of the state grand jury may direct otherwise.”

Any arrangement to the contrary “infringes (upon) the Legislature’s prerogative” and violates the state’s separation of powers doctrine.

The court’s decision to inject itself into this aspect of the case is clearly quite significant – threatening to flip the script on the entire ProbeGate narrative. Up until this point, Pascoe has been portrayed as a crusading prosecutor looking to sweep the State House clean of corruption.

Now he is the one on the defensive against similar allegations …

“ProbeGate has turned into PascoeGate,” a source close to the investigation told us, referring to the court’s pointed challenge to his prosecutorial discretion.

Obviously, there is a lot to unpack here … and our guess is this will not be the last time we address this latest chapter in the ProbeGate saga (which began in the fall of 2014 when our news outlet exclusively unearthed the existence of the anti-corruption investigation).

For now, we will simply reiterate our previously stated views regarding the corporate integrity agreements – which is that they left a bad taste in our mouths and struck us as ineffectual (at best) in the pursuit of justice.

Accordingly, we support the court in its efforts to get to the bottom of these agreements, even if such a line of inquiry is unlikely to have any bearing on the charges filed in connection with the investigation.