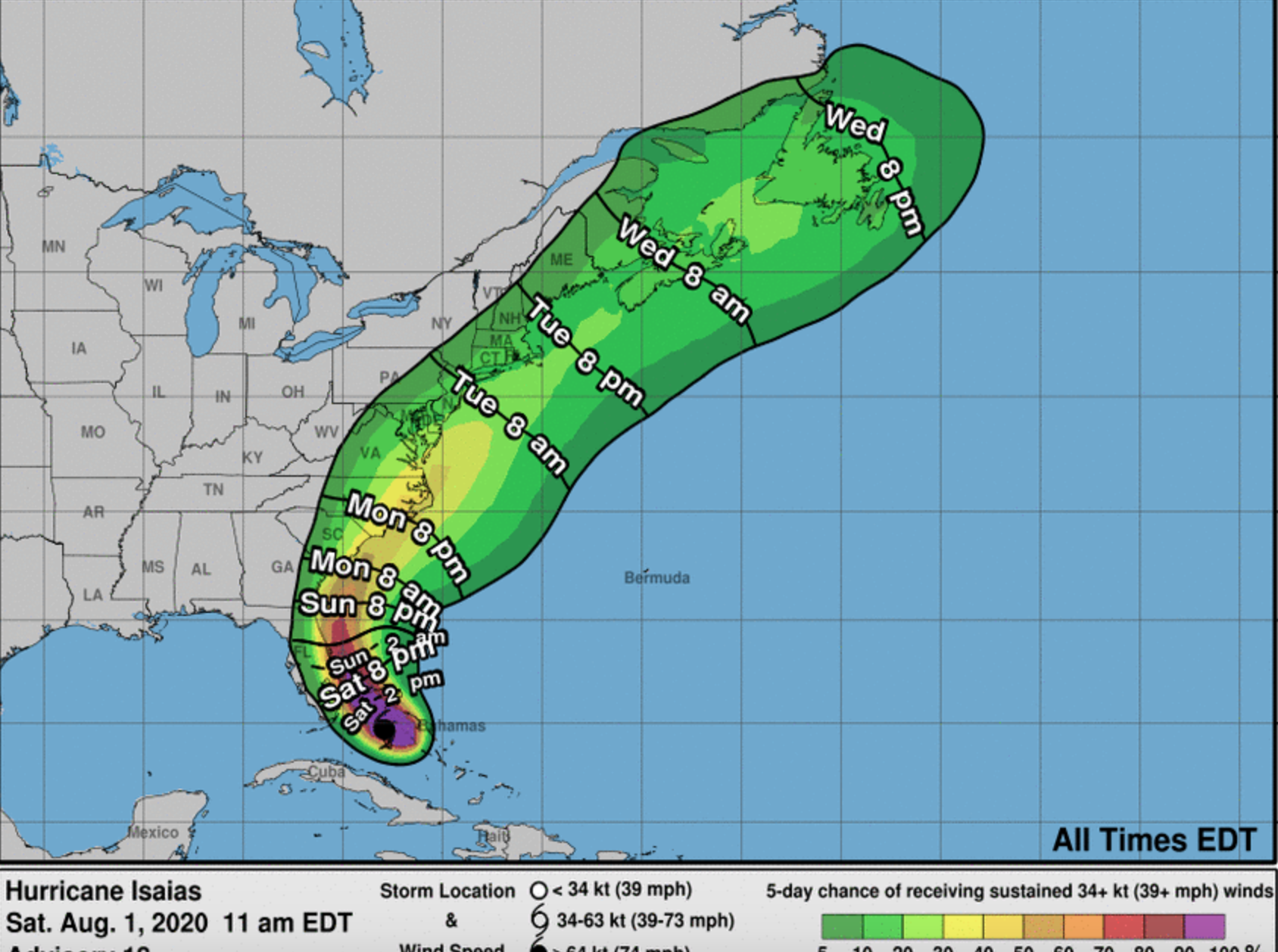 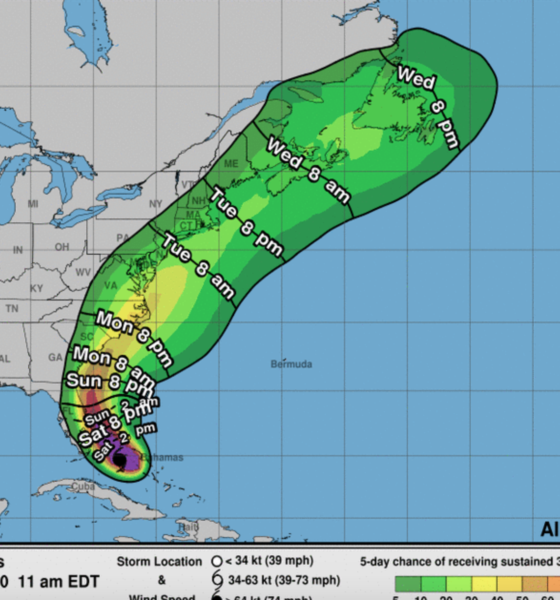 The South Carolina coast from Hilton Head to Charleston to Myrtle Beach should prepare for tropical storm conditions tomorrow and dangerous rip currents today as Tropical Storm Isaias gets closer.

On Sunday, tropical storm Isaias was made landfall over the Bahamas as a Category 1 storm, unleashing 65 mph winds and moving at speeds of around 8 mph in a northwestern direction, according to the National Hurricane Center‘s (NHC) latest 11 a.m. Sunday update. A tropical storm warning has been issued for the entire South Carolina coast.

Gov. Henry McMaster said Friday afternoon that South Carolina residents, especially those on the coast, should prepare for the storm, but he had “no intention” of issuing an evacuation order.

Mark Malsick of the S.C. Climate Office said, “Based on the current official forecast expect the following timing on Monday:

At Charleston, winds reach 25 mph at 3 PM then ramp up to 55 mph gusting to 70 mph by 10 PM abating rapidly by midnight,

Hiton Head, Charleston, and Myrtle Beach are well within the latest “cone of uncertainty.”

Considering that a third of hurricanes fall outside of these projected cones, it’s important to note that this storm’s track is still widely unknown.

If Hurricane Isaias stays well off the coast as the NHC predicts, South Carolina’s beaches can expect about a 30-40 percent chance of seeing tropical storm force winds Monday afternoon, according to the Based on the current track, the National Weather Service -Charleston.

Here’s what the the coastal areas of Hilton Head, Beaufort, and Charleston to expect to see from Isaias likely Monday:

Because the storm is still a long ways from South Carolina, Hurricane Isaias’ track could still change.

“Expect the strongest envelope of winds remains offshore during the storm’s scrape along the SC beaches. Although Isaias will continue to weaken during the next 24-36 hours it will still have a bunch of kinetic energy,” Malsick said Sunday. “Expect varsity wind gusts mixing  down to the surface and the ensuing arboreal carnage.”

Take a look at the spaghetti models for the storm.

And some models still track Isaias running up the west coast of Flordia.

According to NHC meteorologists, Isaias has a large footprint with tropical-storm-force winds reaching up to 115 miles from its center. This means that the east half of South Carolina from the Midlands to the coast should be watching this storm closely this weekend. Hilton Head, and Charleston could see wind gusts of up to 60 mph through Monday.

As for rainfall, National Hurricane predicts Charleston to Myrtle Beach would see the most rain (between 4-6 inches), Hilton Head and Beaufort could see about 2-3 inches of rain of rain from Sunday to Tuesday, while Columbia and the Midlands may get 1-2 inches of rain.

“Rainfall amounts easily in the 2-4 inch range along and east of I-95 with isolated bull eyes of 5-8 inches over the Lowcountry,” Malsick said.

Even if South Carolina is spared the brunt of Isaias’ fury, the Palmetto State would be wise not to let its guard down.  According to a new report from Accuweather, its hurricane team has increased its forecast for named tropical systems – calling for an estimated four-to-six major hurricanes in what it is referring to as a “hyperactive” season.