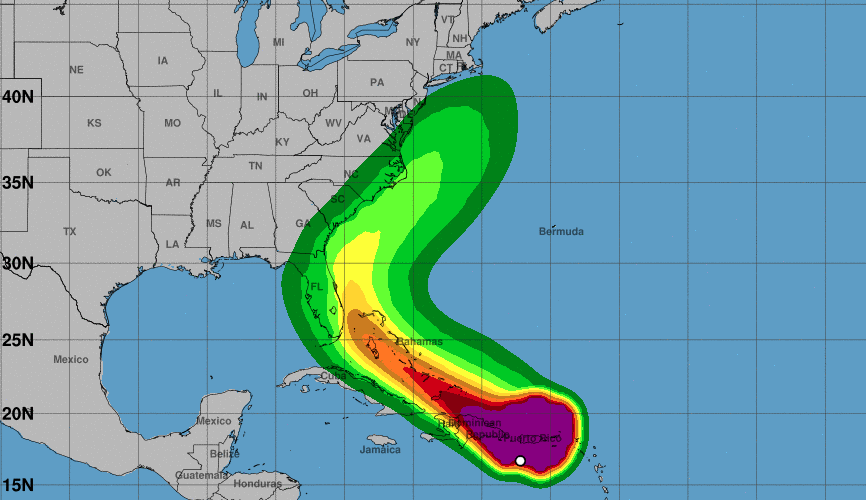 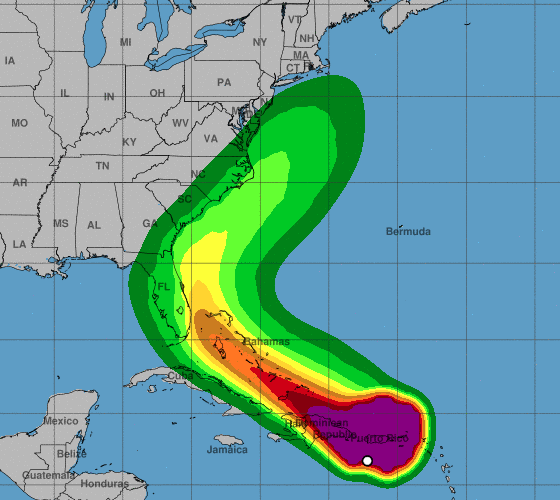 The good news? The National Hurricane Center (NHC) expects the system will stay a tropical storm and not increase to hurricane levels as it makes it way up the eastern seaboard off the coast of South Carolina.

The bad news? The storm is very shifty and “the intensity forecast is quite tricky,” the NHC said Thursday morning, noting that some models show Isaias strengthening to hurricane levels off the east coast.

On Thursday morning, Isaias was churning toward Puerto Rico, about 1300 miles southeast of Beaufort, packing 60 mph maximum sustained winds and moving at speeds around 20 mph, according to the NHC.

Since Wednesday evening, most of South Carolina has been in the NHC’s cone of uncertainty.

Considering that one-third of hurricanes fall outside of these projected cones, it’s important to note that this storm’s track is still widely unknown.

The NHC’s model tracks the storm moving west-northwestward over the next few days, but not gaining enough strength to reach hurricane levels (which could change). Isaias’ timing has slowed a bit, now predicted to pass off the South Carolina coast Monday.

“It is entirely possible that Isaias become a hurricane late Monday before making landfall along the Outer Banks,” Malsick said.

The storm — which would be named Isaias — has a large footprint, which means its effects will be wide-reaching. According to Mike’s Weather Page, the system stretches over 500 miles with tropical-storm force winds spanning out 250 miles.

Here’s a look at the latest spaghetti models, which have shifted west, and then well east again in the last 48 hours.

“On its current forecast track, the probability for any significant and/or direct impacts from the storm system across our region is low,” experts at the the National Weather Service Charleston said in their Thursday morning update. “However, there still remains uncertainty with the track and intensity of this system, which could change the level of impacts for our region.”

Again, it would be likely be early next before South Carolina would see any impact, if any, from the storm.

“There is a risk of impacts from winds, heavy rainfall, and storm surge along portions of the U.S. east coast beginning this weekend  in Florida and spreading northward to the Carolinas and southern mid-Atlantic states early next week,” the NWS said in its 11 a.m. update.

AccuWeather meteorologists say the South Carolina coast line could see 2-4 inches of rain, rough surf, and some damaging winds up to 60 mph. As far east as the Midlands could see tropical storm level winds from this storm.

According to the NHC, the Lowcountry could start seeing tropical-storm force winds by Sunday morning at the earliest.

Oh and in case you’re having trouble pronouncing Isaias, here’s some help.

Isaias broke the record for the earliest “I” storm in the Atlantic. Because this is 2020 and we should expect nothing less.