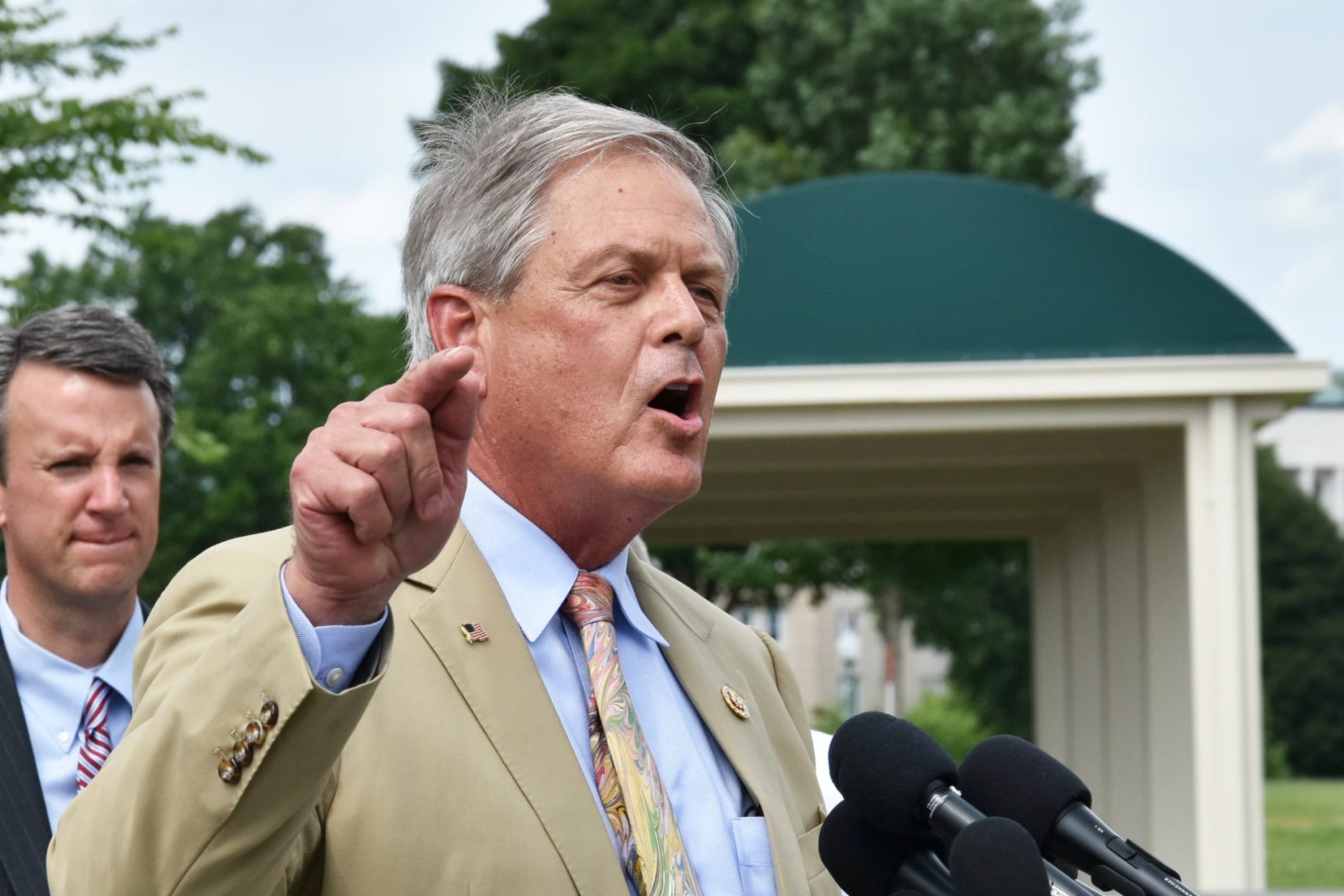 Yes … that is a headline we absolutely never expected to write. But such is 2020, a year in which everything (and everyone) has gone certifiably insane. The latest nuttiness? U.S. congressman Ralph Norman of South Carolina is under fire for appearing at a press conference in Washington, D.C. earlier this week alongside a group of doctors advocating for hydroxychloroquine as a treatment of the coronavirus pandemic.

We addressed this issue earlier in the week … taking no position on the drug as a potential Covid-19 remedy but rebuking the censorship surrounding the debate over its alleged efficacy.

Speaking of that debate, one of the far left’s more adept media mouthpieces – The Daily Beast – uncovered some seismic information about one of the participants in the D.C. press conference.

According to the Beast’s Will Sommer, one of the doctors attending the press conference – Stella Immanuel, a pediatrician/ minister from Houston, Texas – has previously made some out-of-this-world pronouncements.

Per Sommer, Immanual “believes that alien DNA can be used in medical treatments, that various gynecological ailments are caused by dream sex with demons and witches, and that reptilian aliens are involved in the American government.”

We would argue the jury is out on the last point, but …

Due to his proximity to Immanuel, Norman now finds himself taking heat from his Democratic opponent in this fall’s election – former University of South Carolina football standout Moe Brown.

According to Brown, advocating for hydroxychloroquine is “morally irresponsible.”

“We can’t live our lives or open our schools because of leadership like this!” he tweeted.

Reinforcing this rhetoric, Brown’s campaign released an internet advertisement featuring footage from the D.C. event – which was sponsored by the Tea Party Patriots group.

And as for Norman?

“Vote him out,” the ad concluded.

The race for the South Carolina fifth congressional district – a seat Democrats held from 1883-2011 – has not attracted much attention this year. That’s a bit surprising considering how close Democrats came to recapturing it in the 2017 special election that (narrowly) sent Norman to Washington, D.C.

That race was held to fill the unexpired term of Mick Mulvaney – who captured it during the 2010 Tea Party wave from John Spratt, then chairman of the U.S. House budget committee.

Mulvaney resigned after the 2016 election to work as U.S. president Donald Trump’s budget director and later, his chief of staff. Trump, incidentally, has been a staunch proponent of hydroxychloroquine. He defended the drug this week as it came under attack from the left – and its social media censors.

“I happen to believe in it,” Trump added. “I would take it. As you know, I took it for a 14-day period. And as you know, I’m here. I happen to think it works in the early stages.”

Again, we take no position on hydroxychloroquine …

“Everyone gets to decide what they think of the drug … and whether they want to take it based on the advice of physicians they trust,” we wrote earlier this week.

Or at least that’s the way it ought to work …

As for Norman, he seems safe … but our guess is headlines linking him to a “demon sperm donor” will draw some serious eyeballs. And maybe even some national money for Brown’s candidacy.

Democrats seem to have abandoned this district following the collapse of their preferred candidate during the spring of 2018 – although the fall from grace of Archie Parnell did free up resources for the party to use in recapturing the state’s first congressional district.

U.S. congressman Joe Cunningham’s upset victory in November 2018 flipped a district that had been held by Republicans for thirty-eight years – and his 2020 fight against GOP nominee Nancy Mace is the biggest Palmetto political race on the ballot this fall.

Also, Democrats appear to be making some inroads in the staunchly Republican second congressional district … although it remains to be seen whether Democrat Adair Ford Boroughs can translate her fundraising success against veteran incumbent Joe Wilson into votes at the ballot box.