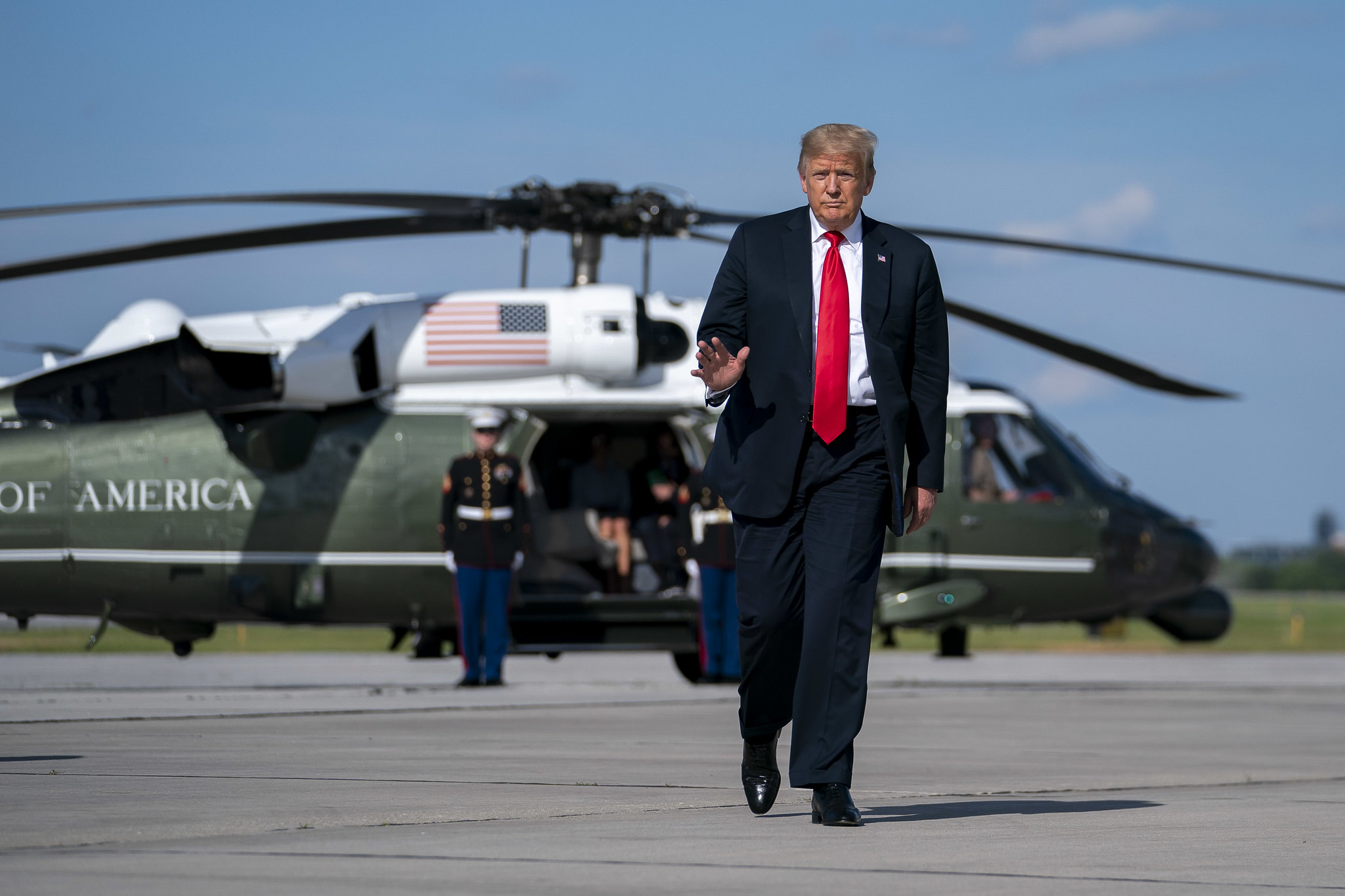 Erickson’s column – published on his Resurgent website – is an interesting addendum to extensive mainstream media polling which has consistently shown U.S. president Donald Trump in serious trouble as he vies for a second term in office.

According to Erickson, he was recently “given the opportunity to review some polling” conducted in his home state of Georgia by “a major national corporation trying to get a sense of the business environment and sentiment of people.”

The chief executive officer of the corporation is “sympathetic to the president,” he wrote.

“I can’t tell you all the details, but I can tell you what I got to see,” Erickson wrote. “It is really ugly out there.”

According to Erickson, Trump is currently trailing former U.S. vice president Joe Biden in Georgia by two percentage points – dragged down by his uneven response to the coronavirus pandemic and a recent rash of social unrest.

According to Erickson, if the 2020 election were held today Trump would be “toast” and “Republicans who are perceived as close to Trump are going to get hit.”

He also noted that “every time the President appears in public, voters just get madder.”

“Suburbs are going Democrat to get as much distance between themselves and Trump as possible,” he added, ominously predicting that “Democrats are going to score significant state legislative victories.”

Erickson’s pronouncements received a bit of a boost shortly after his column was published when the liberal Public Policy Polling (PPP) firm released data showing Biden besting Trump by a 49-45 percent spread in Georgia, according to Madelaine Pisani of National Journal.

Wait a minute, though … didn’t Georgia-based strategist Robert Cahaly (one of the only pollsters who accurately called the 2016 election for Trump) recently indicate that the swing state of Michigan was in play for Trump?

And after we wrote about Cahaly’s Michigan survey, didn’t he release additional polling data showing Trump enjoying a narrow lead over Biden in the key swing state of Wisconsin?

So … if Trump is narrowly leading in Wisconsin and within a percentage point of Biden in Michigan … how on earth is he losing in Georgia?

The answer is simple, according to a national pollster who spoke with us on condition of anonymity …

“Don’t buy it,” another pollster told us. “This poll is fiction.”

It certainly feels like Erickson is right and the others are wrong, though, doesn’t it? Yes, it does. But as we noted in our recent coverage of Cahaly’s Michigan survey, the social desirability bias in Trump polling – in which supporters of the president are less likely than his opponents to state their true electoral preference – remains strong.

In fact, Cahaly recently told Tom Bevan of RealClearPolitics that this bias was “worse than it was four years ago.”

Trump had certainly better hope he is right …