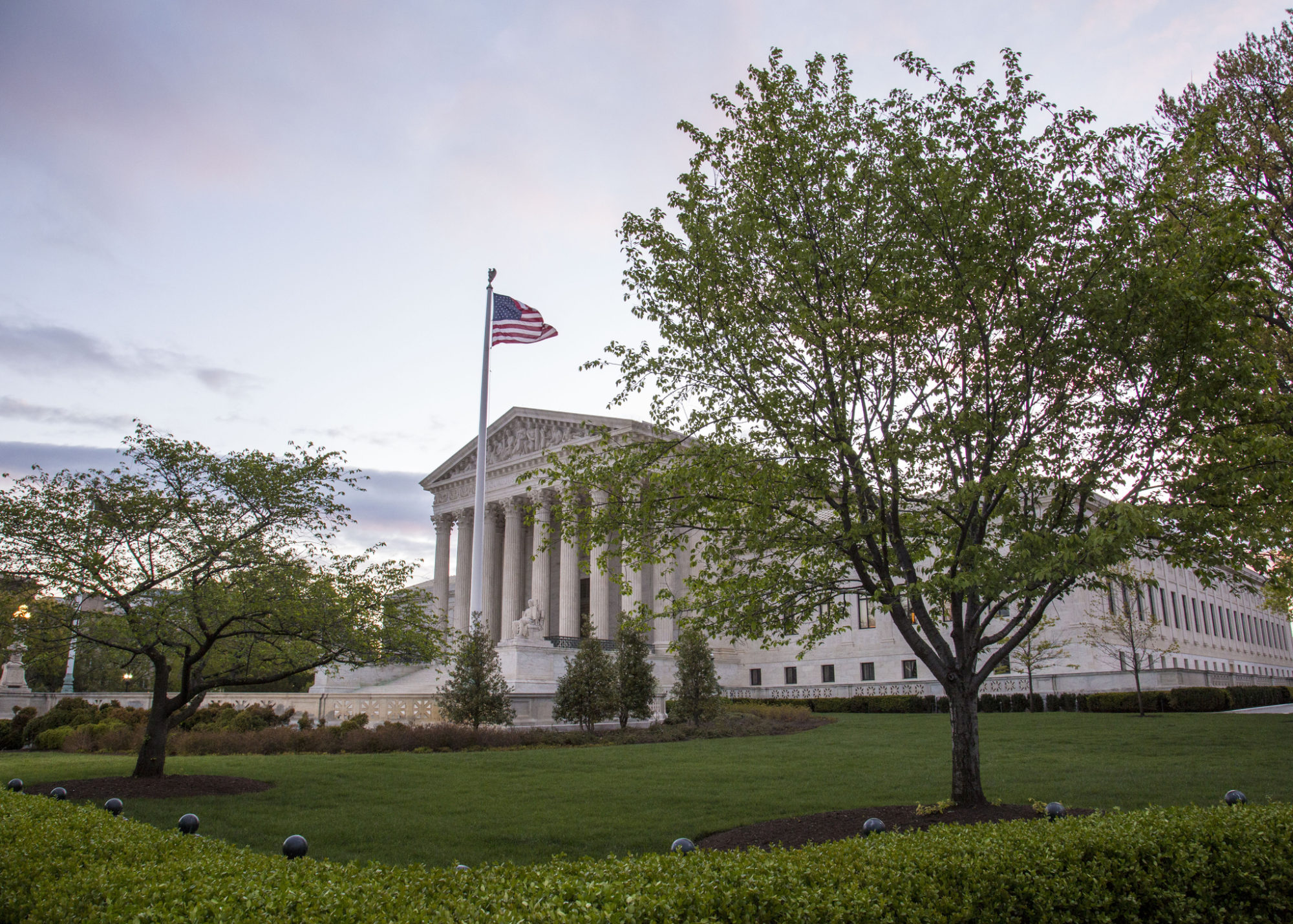 As mob violence descended upon the United States last week – hijacking peaceful protests over the Memorial Day killing of George Floyd in Minneapolis, Minnesota – the U.S. supreme court issued one of the most dangerous, most anti-American rulings we have ever seen.

And it barely even registered as a blip on the radar …

The court ruled late Friday (May 29, 2020) that a San Diego pentecostal church must comply with an order from über-liberal California governor Gavin Newsom requiring it to limit attendance to 25 percent of its capacity (or a maximum of 100 attendees) in response to the coronavirus pandemic.

Wait a minute: The last time we checked the viral outbreak was nowhere near as bad as we were initially led to believe it would be … so why is government still using it as an excuse to try and regulate religion?

In its petition for emergency relief from the court, the United Pentecostal Church argued (correctly) that Newsom’s order violated its religious freedoms – and discriminated against religion in general at a time when abortion clinics, liquor stories and marijuana shops remained open and were not subjected to similar limits.

Cut and dried, right? We certainly thought so …

Frankly it is shocking – and more than a little scary – that a majority of justices disagreed on either point.

In addition to being medically unnecessary, the California order is transparently discriminatory – to Christians, Jews, Muslims, Buddhists, Sikhs, Satanists, etc.

And again, it is overtly unconstitutional. Definitionally anti-American.

To be clear, this news outlet is not indifferent to legitimate health concerns related to large public gatherings. We argued at the moment of peak panic related to the virus – when our leaders were telling us millions of Americans were going to die if we didn’t shut down the entire country – that churches, synagogues, mosques and other places of worship should probably refrain from meeting for the time being.

“Until we know more about the virus, we believe the safe call is to hold off on such gatherings,” we noted.

However, we made it abundantly clear that ordering churches to close their doors (or ordering people not to peaceably assemble in public spaces) was prima facie unconstitutional. We also praised elected officials – including S.C. attorney general Alan Wilson – for taking a firm stand against such unconstitutional orders, arguing government officials “must yield to established constitutional limitations” in exercising their emergency authority.

We specifically concurred with Wilson, arguing that “any order issued by (the state) must expressly preserve these liberties.”

The California order shreds those liberties … and by extension, shreds the First Amendment to the U.S. Constitution.

And now the U.S. supreme court – which we were under the impression had “veered to the right” under U.S. president Donald Trump – is complicit in the shredding thanks to its 5-4 ruling.

So … who was the swing vote?

Not surprisingly, it was chief justice John Roberts, who was also the swing vote in a controversial decision eight years ago to uphold the constitutionality of former U.S. president Barack Obama’s socialized medicine bill.

According to Roberts’ brief ruling (which you can read below), the California order did not exceed the “broad limits” granted to “politically accountable officials of the states” to safeguard public health in times of crisis. Accordingly, Roberts claimed the California order was not “subject to second guessing” by the court.

Furthermore, he rebuked the church’s claim that its constitutional rights had been violated as “quite improbable.”

To his credit, justice Brett Kavanaugh – who has drawn criticism from this news outlet for being a centrist squish – got this one right. Kavanaugh ripped the California order in no uncertain terms, concluding it “indisputably discriminates against religion, and such discrimination violates the First Amendment.”

Of course the real danger is the potential precedent this ruling sets as it relates to the root issue – government regulation of religion.

“As in other politically progressive states, California’s government has used COVID-19 safety precautions as a way to marginalize religious believers and denigrate churches’ value to civic life,” noted Auguste Meyrat in an excellent recap of the situation published by The Federalist.

Meyrat was just getting warmed up, too, arguing the court ruling could “easily set a precedent for religious persecution” by creating a climate in which “politicians hostile to religion can now use a crisis to shut down religious freedoms.”

“This doesn’t have to be limited to public health,” he wrote. “Just as governors might claim churches are hotbeds for disease, they can very well claim they are also hotbeds of civil disobedience, bigotry, climate catastrophe, or any other social pathology. If safety replaces freedom as the government’s main priority – and for progressives, it most certainly has – many governors and mayors will see it as their duty to take action against those who dissent ideologically, even more than those who loot stores and set buildings on fire.”

This is a deeply troubling ruling – one which poses a clear and present danger to the most fundamental of all American liberties. As a result of Roberts’ latest sellout, the highest court in the nation has formally created conditions under which it is acceptable for governments to not only suppress religious freedom – but actively discriminate against religion itself.

Let that sink in …

Gunshots Fired At US Capitol