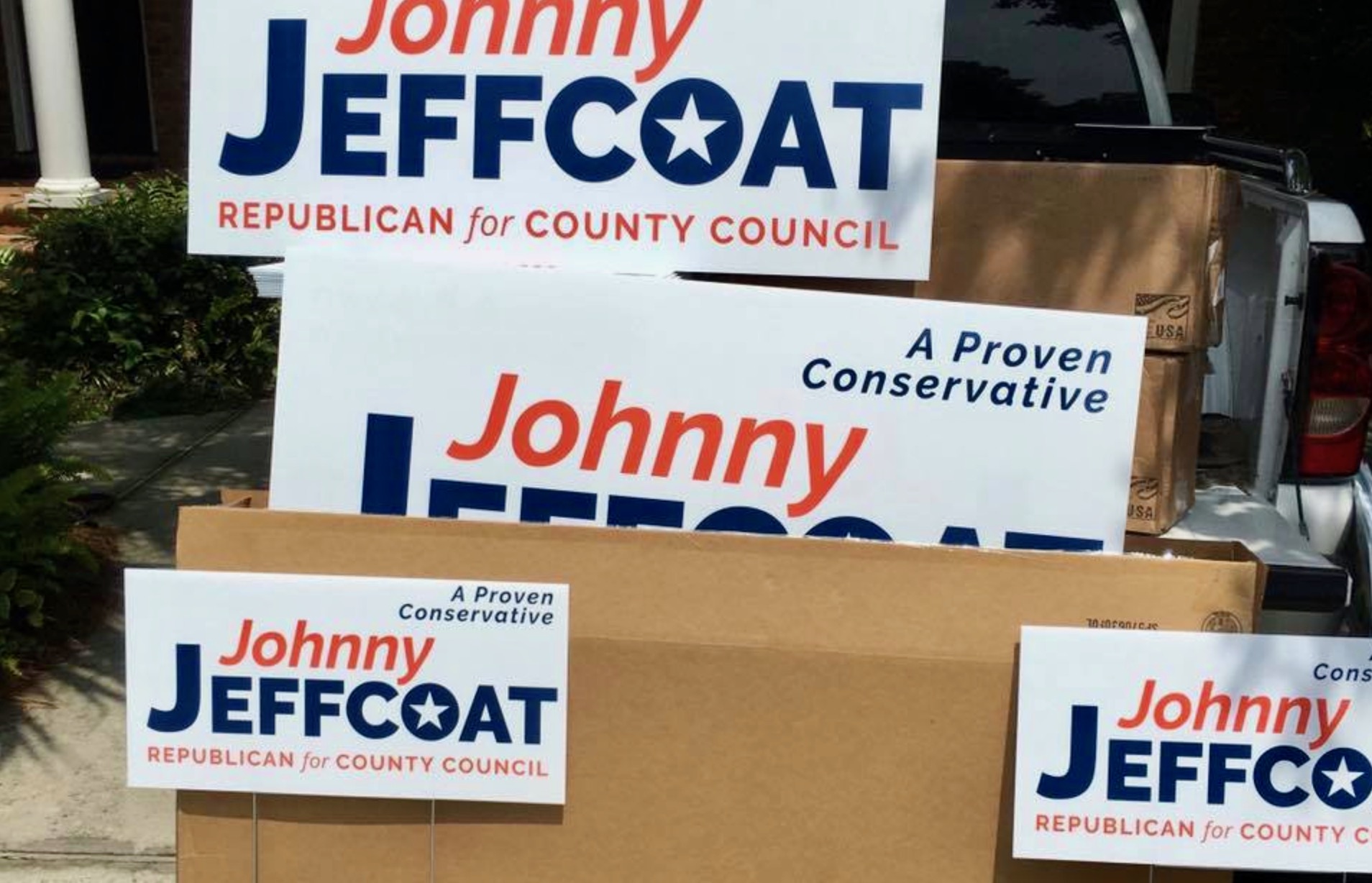 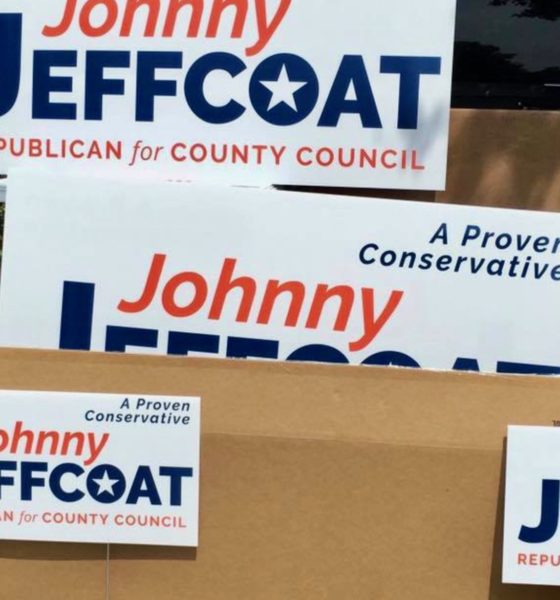 Former longtime Lexington county, South Carolina elected official Johnny Jeffcoat is looking to get back into the game … but questions are being asked. Is this “proven conservative” (ugh, we are so sick of seeing such self-labeling on yard signs) really who he claims to be? Or is he just another big government crony capitalist looking to take advantage of the system for his own personal benefit?

Frankly, we think the application of this self-adhesive label is cause enough for concern …

Anyway, Jeffcoat is running for Lexington county council district six – which includes Chapin, S.C. and portions of Irmo, S.C. and Lexington, S.C. His name is likely familiar to voters in those areas, too, as he served for two decades on county council (including several years as chairman) prior to stepping down in 2016.

Jeffcoat’s name also adorns the pedestrian walk that spans the Lake Murray dam (running parallel to S.C. Highway 6) – although it is not entirely clear what he did to earn this free advertising.

For the past three-and-a-half years, this seat has been held by Erin Long Bergeson – a certified public accountant and one of the few legitimately pro-taxpayer elected officials in local government in the Palmetto State.

Bergeson is stepping down at the end of her term, though … which appears to have been what prompted Jeffcoat to file for his old office.

As he campaigns, Jeffcoat is facing criticism about his tax records – specifically three properties registered in the name of his late wife that appear to have been simultaneously receiving primary residential tax status.

Two of the properties (1246 Jessamine Street and 9 Regatta Court) are located in Lexington county, while the other (6 Tradewind Lane) is located in Beaufort county.

According to tax records obtained by this news outlet, all three of these properties appear to have been listed as a “primary residence” at one time or another during the period they were owned by Jeffcoat’s wife – meaning they were assessed at a four percent tax rate as opposed to the non-primary residential tax rate of six percent.

Also, there appears to have been significant overlap in the tax years for which primary residence status was claimed on all three properties in the years leading up to 2015.

Jeffcoat allies lashed out at those questioning his records, accusing his opponent in the upcoming GOP primary election – Charli Wessinger – of “slinging mud” prior to the election. According to Jeffcoat backers, the discrepancies occurred when the former councilman and his late wife – Pat Jeffcoat – were planning to move to Beaufort county in 2015 prior to her being diagnosed with cancer.

Pat Jeffcoat died in December of 2019.

“(They) moved all their stuff down there,” one of Jeffcoat’s campaign advisors told us, referring to the Beaufort property. “And then moved back because they needed to be closer to the Columbia treatment center.”

This change of plans was what caused the tax irregularities, Jeffcoat’s allies claimed.

“It’s utterly disgraceful that Charli is challenging the timeline of how a cancer-stricken family chose to pursue treatment,” one of Jeffcoat’s campaign advisors told us. “Charli and her people are playing with fire here.”

Perhaps … but the Jeffcoat campaign could not provide a detailed accounting of the primary residence classifications for the disputed properties, nor could it confirm whether Beaufort or Lexington county had been reimbursed for any “erroneous” classifications that were assigned in previous years.

Wessinger was not immediately available to comment on our story, per a campaign advisor. However, Bergeson (above) – who is endorsing Wessinger’s bid – told us she was “disappointed but not surprised” by the alleged tax problems.

“It saddens me that this occurred,” Bergeson told us. “I would hope that it would be made right by the correct payments being made no matter how late they are paid.”

Wessinger and Jeffcoat face GOP primary voters on Tuesday, June 9, 2020 – with Jeffcoat heavily favored in their head-to-head matchup. The winner will be a virtual lock to win the general election on November 3, 2020 as no Democrats filed for this seat.