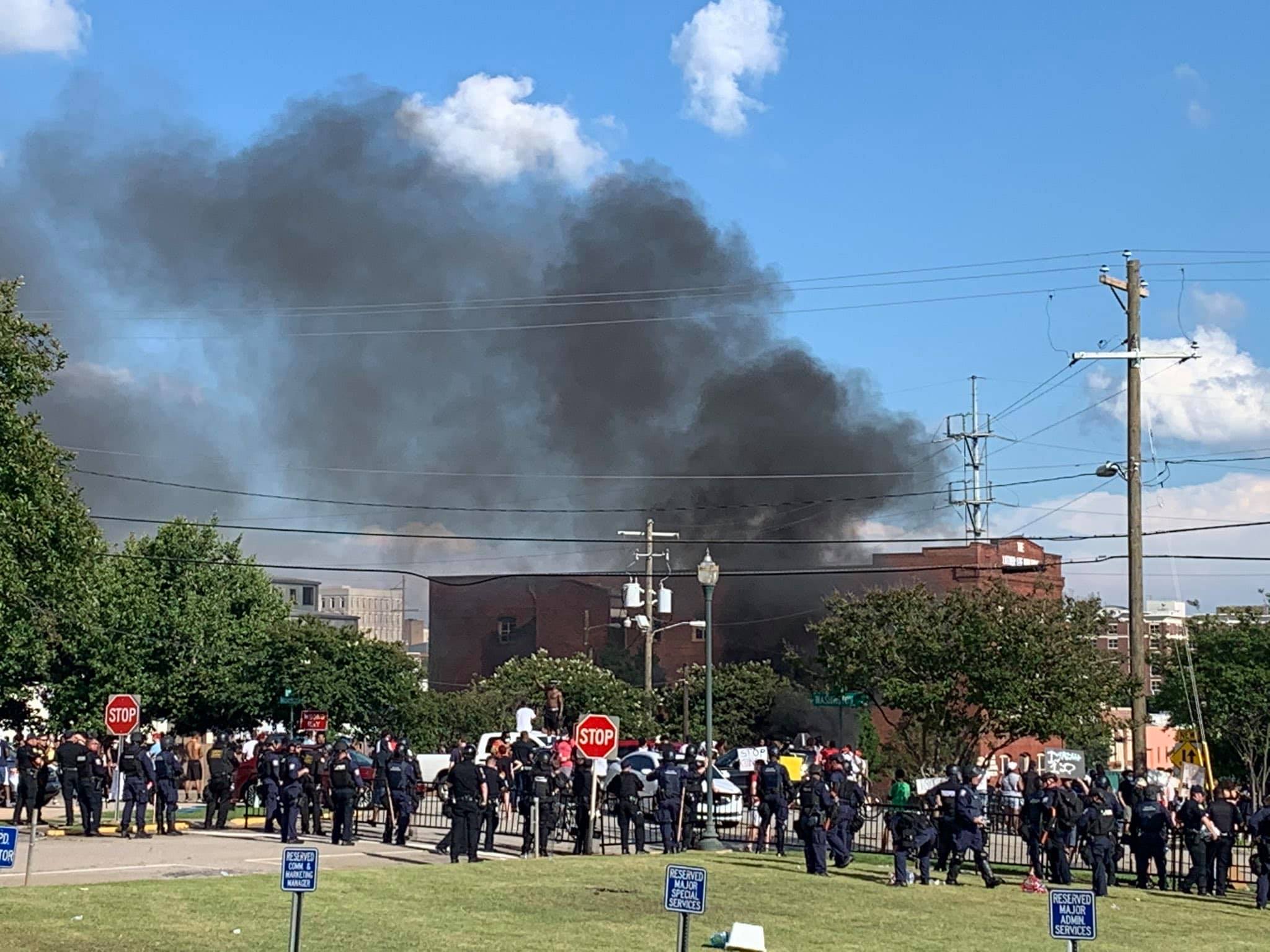 After dozens of protesters were arrested this weekend following peaceful protests that turned violent, the U.S. Attorney for South Carolina vowed to work with local partners to “preserve our citizens’ First Amendment rights to free speech and assembly while protecting our communities from violence and destruction,” a news release said.

Violence rocked the Palmetto State this weekend from Columbia to Charleston when mobs of protesters clashed with police in the wake of the killing of George Floyd.

In response to this, U.S attorney Peter McCoy said he’s working with Gov. Henry McMaster, Attorney General Alan Wilson, along with local sheriffs and police chiefs regarding the protests.

Specifically, the release said leaders are working on “maintaining decorum and allowing people to peacefully assemble, while protecting against violence and destruction,” but also working with the FBI to identify criminal organizers and “instigators.”

“All Americans should enjoy the right, through the First Amendment, to peacefully assemble, express their concerns, and protest,” McCoy said in the release. “The violence and destruction that escalated from peaceful gatherings this weekend, which we’ve seen across the country and in particular here in our State, are unacceptable. Once gatherings turn violent and destructive towards citizens, police officers, property, and businesses, a line has been crossed. We will continue to coordinate with our federal, state, and local partners to aggressively prosecute those who cross that line.”

Both protests in Columbia and Charleston started out as peaceful and progressive.

“Our priorities are to protect people’s lives and property, and we also want to protect the First Amendment rights of the peaceful protestors who want their voices heard,” South Carolina Attorney General Alan Wilson said in the press release. “For those people who are trying to hijack these protests to instigate violence and destruction, we’ll do everything in our power to hold them accountable to the fullest extent of the law.”

Protesters were fueled with anger after watching the horrific murder of George Floyd in a viral video last week. Floyd – a 46-year-old security guard – died Monday after he was detained by Minneapolis police on suspicion of trying to pass a counterfeit $20.00 bill. Derek Chauvin, a 44-year-old white Minneapolis police officer, was captured on video suffocating Floyd while he begged for nine minutes to let him go. Chauvin was formally charged with third degree murder and manslaughter in connection with Floyd’s death on Friday.