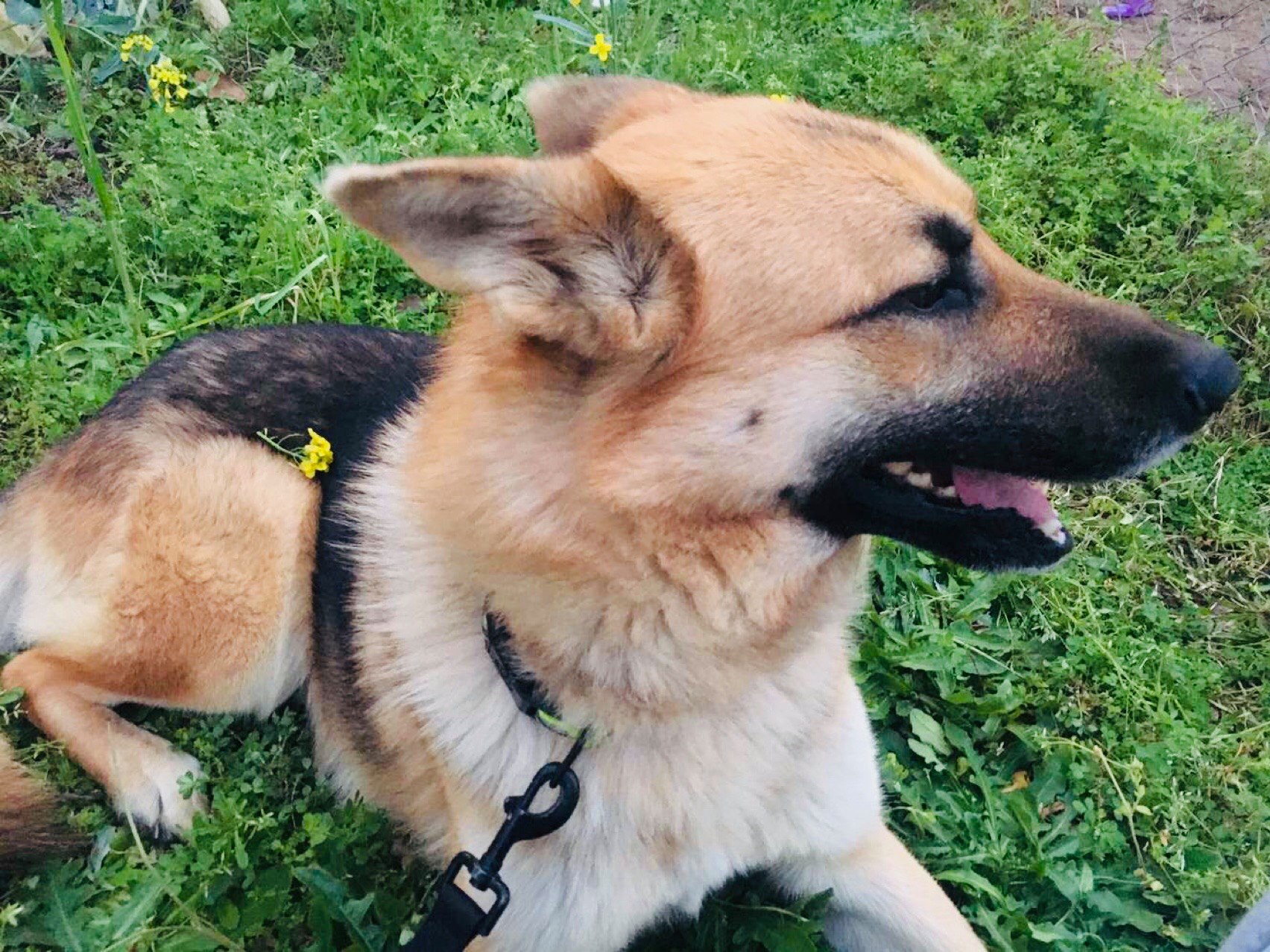 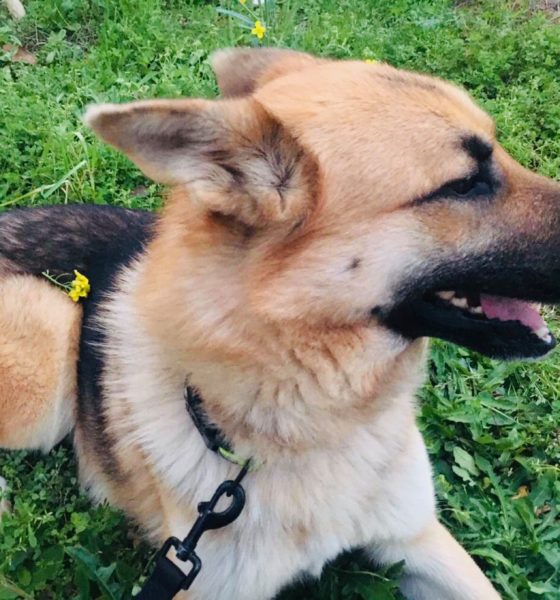 The Florence dog never bit anyone…

A South Carolina dog is behind bars still awaiting a court date weeks after he was accused of displaying aggressive behavior.

The 3-year-old German Shepherd named Leo is accused of “charging” at two Florence County Environmental Services officers, interim officer Todd Floyd told FITSNews. The dog is also accused of “being aggressive” toward two women in the neighborhood, though he never actually bit anyone.

Leo has been impounded at the Animal Shelter of Florence County in Effingham, South Carolina for more than two weeks now. Since he was originally jailed on May 1, his family members visit him daily. They’re only allowed 15 minutes at a time with Leo, where they push food through the cage and try to keep the pup’s spirits up during this strange time. Compounding the family’s fears, this “kill-shelter” is also facing an overcrowding emergency.

“He is scared. He is lonely. He is confined to a cell,” the “Justice For Leo” change.org petition said. More than 1,800 people have signed the petition.

While Florence County municipal code states that a dog seized by animal control officers must have a hearing set within five days, Floyd said the case was delayed due to COVID-19. Leo’s court date was instead set for June 2, nearly a month after he was first taken. The family is told that they could incur a $10 per day fee for every day Leo is incarcerated — on top of the potential $200 “dangerous dog” ticket.

“If it wasn’t for COVID, this thing would have been resolved,” Floyd told FITSNews, adding that he would be lenient with the daily fees due to the circumstances.

But after weeks of reaching out to county leaders for help, Leo’s advocates are asking that authorities practice common sense during the COVID-19 crisis.

“Unprecedented times calls for out-of-the-box thinking,” family friend Kelly Ann Curran told FITSNews. “They should have let them sign something saying they were relinquishing the county from any liability should anything happen from now until court.”

Instead, the family has had no choice but to turn to social media to help them advocate for Leo’s freedom.

“Animals bring comfort to us during hard times,” Curran said. “So this is even harder.”

On Friday, May 1, Liliana Arellano‘s family left the house around 6:30 a.m.

“Before my mom leaves for work, both of our dogs, Peluche, a terrier mix, and Leo were secured in our fenced-in backyard when we left,” Arellano said. “The gate was closed, latched, secured with a cable wrapped around the gate and a long piece of wood for added security.”

On the afternoon, Florence County Environmental Services got a call from a person living on a neighboring street from Leo’s home on Moberly Lane. Leo was loose and running around the neighborhood, Floyd told FITSNews.

“A man told the officers that the dog was trying to charge at his wife,” Floyd said. “As my officers approached the dog, the dog charged at each of them.”

However, Floyd said, the dog never actually bit anyone.

While being chased, the dog ran toward a woman in her yard and the woman jumped on the hood of a car trying to get away from the dog.

“I felt like like this dog was aggressive toward three, possibly four people, I didn’t want my officers to leave this dog on the loose in this neighborhood,” Floyd said. “So at this point I instructed my officers to tase the dog.”

Floyd felt it was his “duty” to deem the dog as dangerous and charge the family with a “dangerous dog” ticket.

When asked specifically what kind of behavior the dog showed, Floyd said Leo growled at the officers and was acting “in an aggressive manner.”

“Just from the actions, it looked like it could bite with the aggressiveness it was displaying,” Floyd said.

Floyd said they had not received any previous complaints about Leo, but neighbors allegedly told officers that the dog had been loose before.

Liliana Arellano and her sister returned home to notice their dog Leo was missing, while the small terrier was on the porch.

After the two sisters frantically searched the area for hours, Liliana’s mother noticed a note on the door from Environmental Services stating officers picked up Leo and took him into the Animal Shelter of Florence County.

Leo’s family was forced to wait until the Animal Shelter of Florence County reopened on Monday morning. Upon arriving they were surprised to learn Leo was deemed a “dangerous dog” and distraught that they couldn’t take him home.

According to the Florence County ordinance, a dog can be considered “dangerous” without attacking anyone and it’s up to a municipal judge to decide if the dog is dangerous, and what the punishment is.

Several people on the Justice for Leo Facebook page have expressed concern about the current ordinance because of how vague it is.

“According to this ordinance, dogs can be deemed dangerous because they were basically scared and thought they would bite them,” family friend Kelly Ann Curran told FITSNews.

Arellano describes Leo as “a very intelligent, friendly, and very sweet dog. He loves showing affection to anybody.”

“He loves to give random kisses and hugs. He loves getting affection as well! He loves attention!” she told FITSNews.

So you can imagine her surprise when she found out her dog was labeled a “dangerous” animal.

After the family reached out several times asking for an incident report to find answers, they were given several pages of notebook paper.

The unorganized “report” was one of many red flags in the incident.

As they await a court date, which they’ve been told should come this week, Leo’s family is concerned for his health and well-being as he’s confined to a small cage with no exercise. He’s been forced to eat off a newspaper as the family has been told they don’t have a dog bowl for him. The family told FITSNews they sometimes spray a water hose with him inside the cage to clean off his feces.

“We can tell that our dog is going kennel crazy,” Arellano said on Facebook. “Every day he seems to look worse and worse and when he sees us his cries are heartbreaking. We just want him home with us.”

The animal shelter has also limited the family’s visiting times from 30 minutes to 15 minutes a day.

“We have gone to visit Leo every day to bring him food and show him love, but we are distraught about the conditions and environment he’s being held in and are continuing to reach out to people in order to bring justice for Leo,” Leo’s family wrote on Facebook.

Due to lack of shelter capacity, around 1,000 animals are killed a year in Florence County, WIS news station reported.

When asked why Leo — who has a loving family — couldn’t be released to his home, Floyd didn’t hesitate.

“We feel like this is an aggressive dog and these are the steps we have to take,” he said.

UPDATE: Two attorneys with the Smith Ammons law firm in Florence, SC have offered to take Leo’s case pro bono. They are working on getting Leo out as soon as possible. Stay tuned….