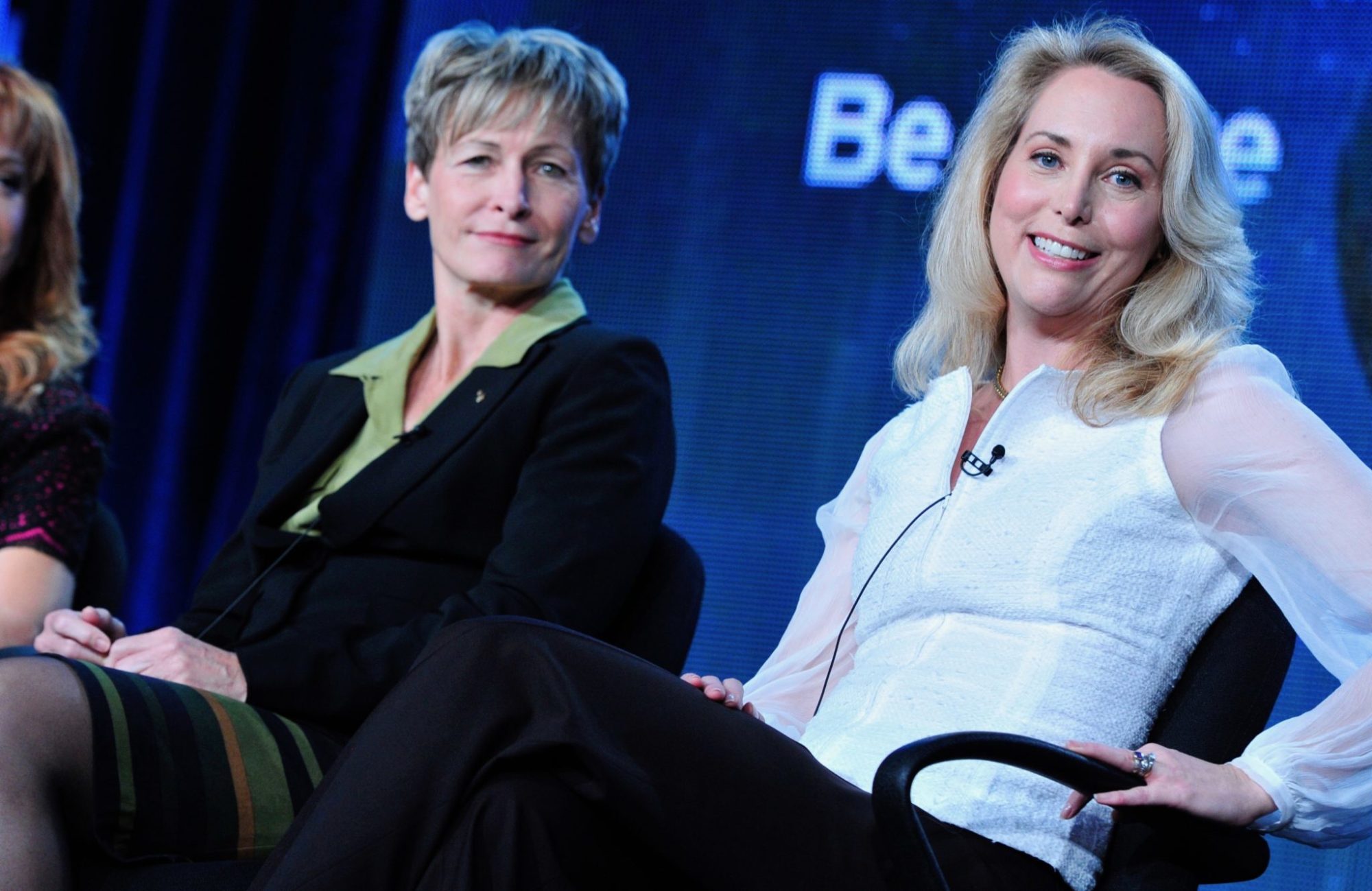 If Plame has her way, Trump would be denied access to communicating to those audiences via what is arguably his most effective method of communication … 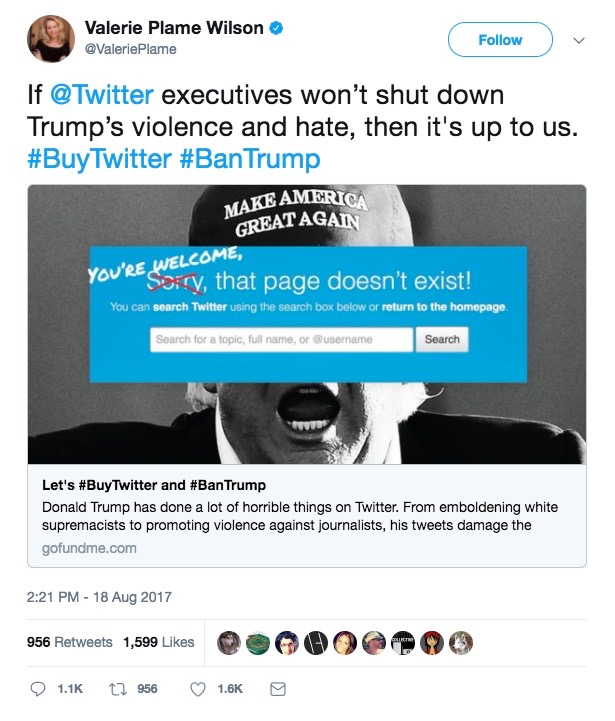 As part of her effort to #BuyTwitter and #BanTrump (her hashtags of choice for this campaign), Plame has started a GoFundMe page.  As of this writing, however, her effort has raised less than $40,000 of its $1 billion goal.

Both Twitter and Facebook have come under fire in the past for bias and censorship … but at the end of the day, those who own these platforms are accountable to the marketplace.

In other words they can be biased and censor content, but it’s going to cost them.

Silencing voices because we don’t like what they have to say is every bit as wrong as trying to erase history because it doesn’t conform with our current worldview.

As usual, our intrepid D.C. Operative comes through in the clutch on this story …

You miss the big story on this.  It’s not Trump or freedom of speech.  It’s that a supposedly street smart, undercover CIA spy who is trained to be realistic and level-headed actually believe she can buy Twitter though a Go Fund Me account.  How is a person like this going to be able to distinguish real spies from double agents and coopt ISIS members in back allies in Raqqa?    She’s got the maturity level and political sophistication of your average urine throwing Antifa goon.  Maybe she can get a job at ESPN.

Rachel Blevins On The Politics Of Division