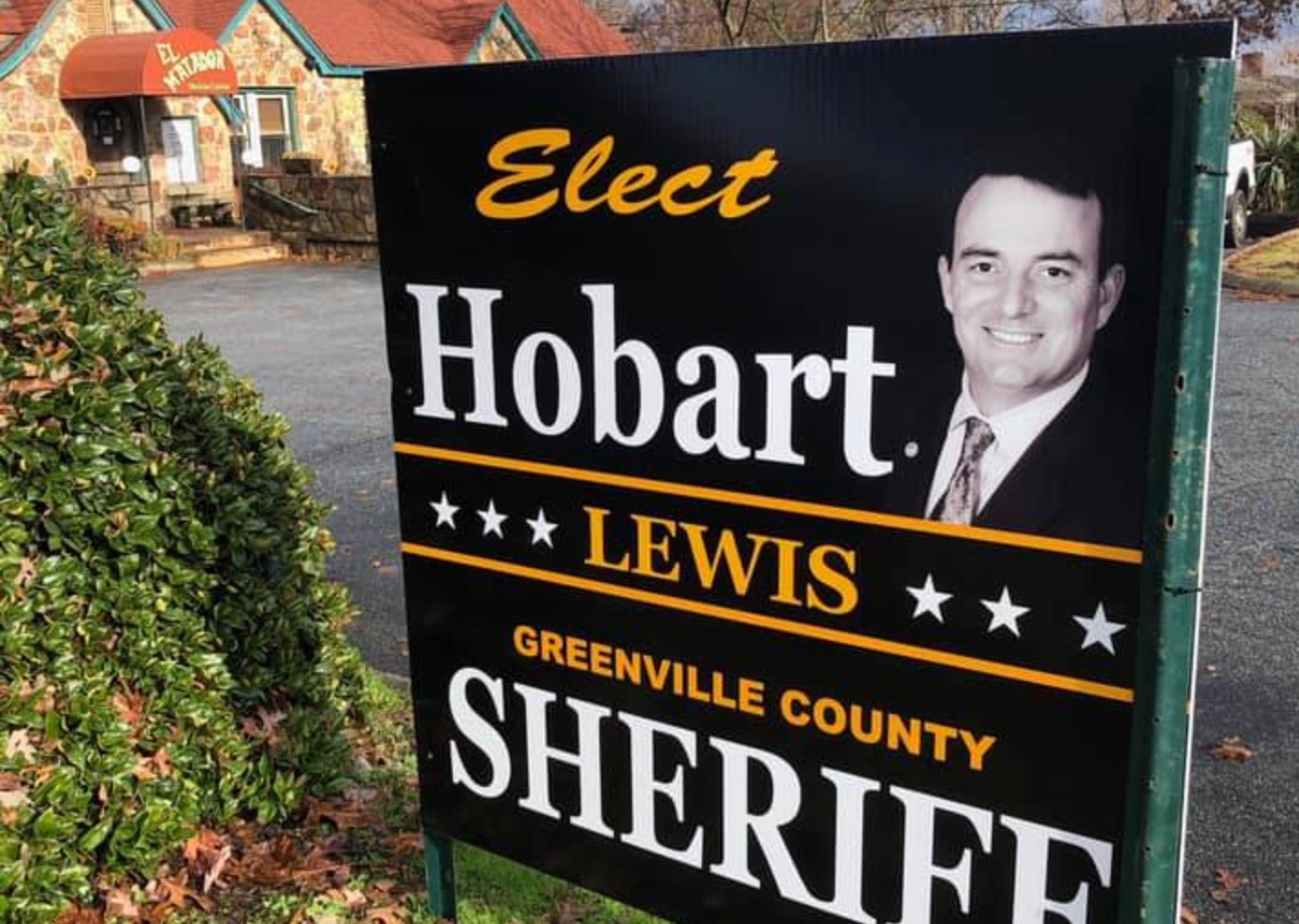 Republican voters in Greenville county, South Carolina overwhelmingly chose Hobart Lewis to be their nominee for sheriff on Tuesday – despite allegations that he might have some of the same issues that dogged the last Lewis to hold this office, former sheriff Will Lewis.

(The latter Lewis was recently released from prison on an appeals bond after being convicted of misconduct in office).

Ignoring the allegations, voters propelled Lewis to a resounding win over A.T. “Tommy” Smith – who entered the first round of voting on January 7 as the perceived frontrunner in this contest.

Both candidates received more votes than they did on January 7, but Smith added only around 600 votes to his total while Lewis nearly tripled his original vote count.

Given the Republican lean of Greenville county, Lewis is all but assured of being elected sheriff on March 10 when he faces off against Democrat Paul Guy.

The winner of that head-to-head battle will fill the remainder of Will Lewis’ term in office.

Of interest? Less than a week after the special election, filing will open for partisan primaries for this same office … meaning we could see another contested sheriff’s race in Greenville sooner rather than later.

Given his dominating performance on Tuesday, though, Hobart Lewis is clearly in the drivers’ seat for the 2020 general election.

This news outlet was dragged into this race several months ago via a shady, third party attack mailing sent to voters across Greenville county … although some of the mail sent by the Smith campaign in the closing days of the runoff election certainly qualified as shady, too.

We are still attempting to figure out exactly who sent what mail pieces … but the bottom line is this race was one of the nastiest we have seen in a long time in South Carolina.

And make no mistake: It was nasty long before its climactic final 48 hours …

Stay tuned … we have lots of thoughts on this contest, on Tuesday night’s outcome and on the drama yet to come in Greenville county.

For now, we would simply tell Upstate Republicans, “listen to us now, hear us later.”