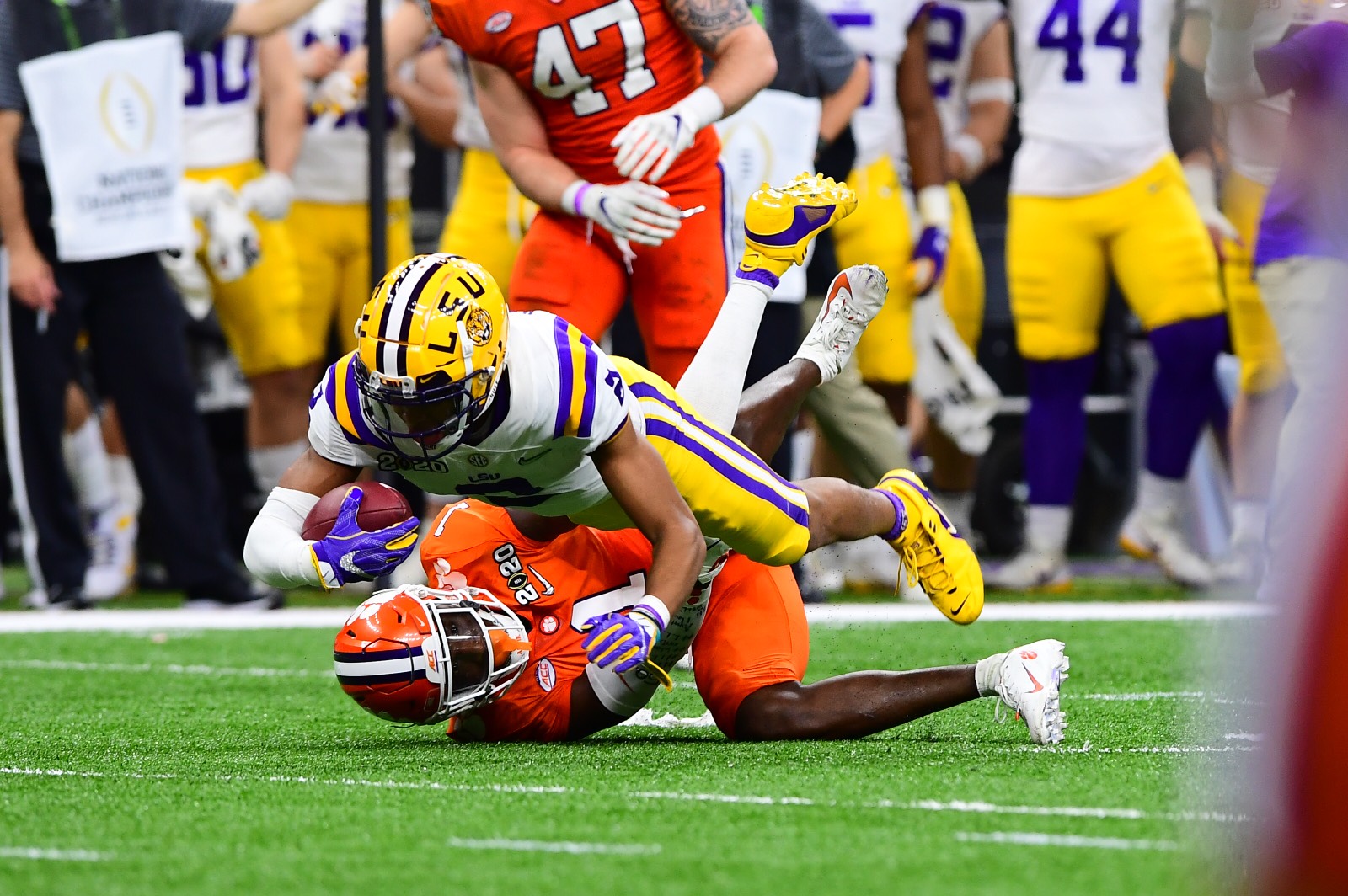 The third-ranked Tiger football team – playing in its fourth national championship game in the last five seasons – was decisively defeated by No. 1 LSU at the Mercedez-Benz Superdome.

The loss was Clemson’s first since being defeated by Alabama at the end of the 2017 season – breaking a school-record string of 29 consecutive victories. It was also the first-ever collegiate loss for Clemson starting quarterback Trevor Lawrence, who entered the game having won his first 25 college starts.

The Bayou Bengals … that’s what.

Shaking off a slow start that allowed Clemson (14-1) to open up an early 17-7 lead, Heisman Trophy-winning quarterback Joe Burrow exploded for 463 passing yards and five touchdowns through the air against one of the best defenses in the nation. The 6-foot-4, 216-pound native of Athens, Ohio – who grew up idolizing New Orleans Saints quarterback Drew Brees – also ran for 58 yards and a touchdown en route to winning MVP honors.

Clemson entered the evening giving up only 11.5 points and 264 yards per contest to opposing offenses. Burrow and company ripped them for 628 yards and 42 points en route to winning their NCAA-record seventh game against a top ten opponent.

Making it even sweeter for the senior signal-caller? He did it by running a NFL-style spread offense brought to LSU by former Saints’ offensive assistant Joe Brady.

Burrow (above) capped the greatest season by a college quarterback in history with another record-setting performance against the Tigers – setting new championship game records for passing yards and total touchdowns.

Meanwhile, LSU’s defense (led by junior linebacker Patrick Queen) overwhelmed Clemson in the second half … consistently pressuring Lawrence and forcing him to air mail throws over the heads of open receivers. After giving up an early touchdown in the third quarter, LSU held Clemson scoreless the rest of the way – and limited coordinator Jeff Scott’s high-octane offense to only 65 yards on its final five drives of the game.

“I wasn’t accurate tonight,” Lawrence said. “Didn’t put the ball where it needed to be, didn’t give my guys a chance enough, and it comes down to that really, giving them a chance, and I just didn’t do a good job of doing that.”

The key moment in the contest?

After stopping LSU on its first drive of the second half and scoring a touchdown to narrow the Tigers’ lead to three, Clemson had LSU facing a third-and-eleven from its own 41-yard-line with 6:31 remaining on the clock.

Burrow read the blitz perfectly, floating a short pass just over the outstretched fingers of Clemson defensive end Logan Rudolph. The pass was caught by Chase, who after receiving a key block from junior offensive tackle Saahdiq Charles raced down the left sideline for a 48-yard gain.

You can watch the play at the 5:52 mark of this highlight video posted by ESPN …

The Tigers (from Baton Rouge) never looked back …

On the very next play, the quarterback of Venables’ defense – junior linebacker James Skalski – was ejected from the game for targeting against Jefferson. And on the play after that, Burrow found Moss for a four-yard touchdown that stretched the LSU lead to ten points.

With the win, LSU became only the second team in the modern collegiate era to finish a season 15-0 – duplicating the feat Clemson accomplished last season. And yes, the LSU athletics department wasted little time in declaring its team the “best ever.”

LSU has now captured four national championships: One in 1958 under head coach Paul Dietzel (who went on to coach for the University of South Carolina), one under current Alabama head coach Nick Saban in 2003, one under former head coach Les Miles in 2007 and this year’s title under Ed Orgeron, who took over as interim head coach after Miles was fired in September of 2016.