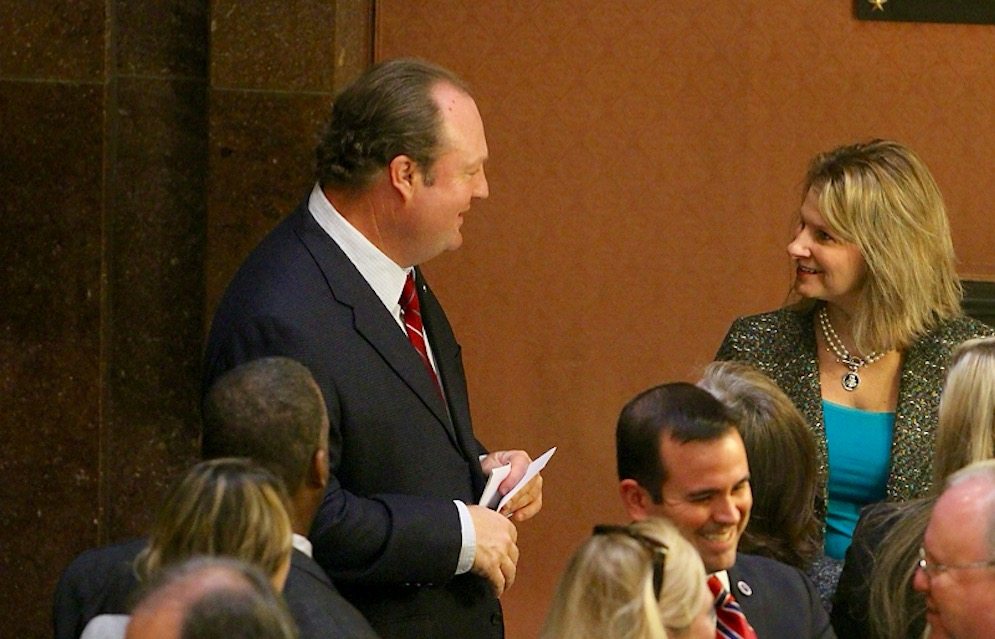 Former South Carolina state representative Chip Limehouse doesn’t have to worry anymore about whether he is eligible to run for a seat on the embattled S.C. Public Service Commission (SCPSC). The wealthy Lowcountry scion – who spent more than two decades in the S.C. House of Representatives – confirmed this week that he will not be a candidate for the seat currently held by Butch Howard.

Limehouse told reporter Rick Brundrett of The (Columbia, S.C.) Nerve that he has “some other business endeavors” that will prevent him from serving on the seven-member panel – which has come under fire in recent years for failing to protect consumers from massive rate hikes associated with NukeGate, the Palmetto State’s spectacularly failed intervention in the nuclear power industry.

To recap: Two nuclear reactors were supposed to be constructed by 2016 and 2017 at the V.C. Summer nuclear generating station in Jenkinsville, S.C. The money for the reactors was spent, but they were never completed. The botched construction cost ratepayers and taxpayers more than $10 billion (and counting) when government-run utility Santee Cooper pulled the plug on the project in July 2017.

To his credit, Limehouse was one of only six members of the S.C. House of Representatives to vote against the effective socialization of more than $2 billion in private investment risk related to NukeGate.

So … what other “endeavors” does Limehouse have lined up? He did not say … nor, apparently, did he tell the panel that was going to screen his nomination, according to Brundrett.

But as this news outlet has chronicled over the years, the rotund businessman and his “upper crust” family are magnets for all sorts of drama.

Maybe a reality television series is in his future?

This news outlet reported back in October that Limehouse was running for a seat on the SCPSC – although his eligibility was quickly called into question.

Limehouse declined to file for reelection to the S.C. House of Representatives in March of 2016, meaning he would appear to be ineligible to run in upcoming legislative elections for SCPSC commissioners – which are scheduled to be held in early February of this year.

This is the view of attorneys with the S.C. Public Utilities Review Committee (SCPURC), a legislatively controlled panel responsible for screening SCPSC candidates and determining which ones will be allowed to stand for election.

One former lawmaker, Tom Ervin of Greenville, S.C., is currently serving on the SCPSC – although he is currently in hot water for allegedly engaging in illegal ex parte communications with an environmental advocacy organization. Ervin is not up for reelection in 2020, but if he is forced to resign from his seat as a result of the current scandal it could create another vacancy on the commission.

That would mean five of the seven seats would be up for grabs.

In discussing Limehouse’s decision not to run for a seat on this powerful panel, Brundrett noted how state lawmakers continued to control every step of the appointment process for this ostensibly “pro-consumer” panel.

Has that arrangement worked for South Carolina consumers?

Brundrett also noted how legislators engaged in “closed door meetings” about SCPSC candidates and kept “secret records” of their deliberations.

That is totally unacceptable in our view … especially considering these commissioners are effectively responsible for setting energy prices for consumers.

After all, they have proven they are incapable of protecting the best interests of the public …